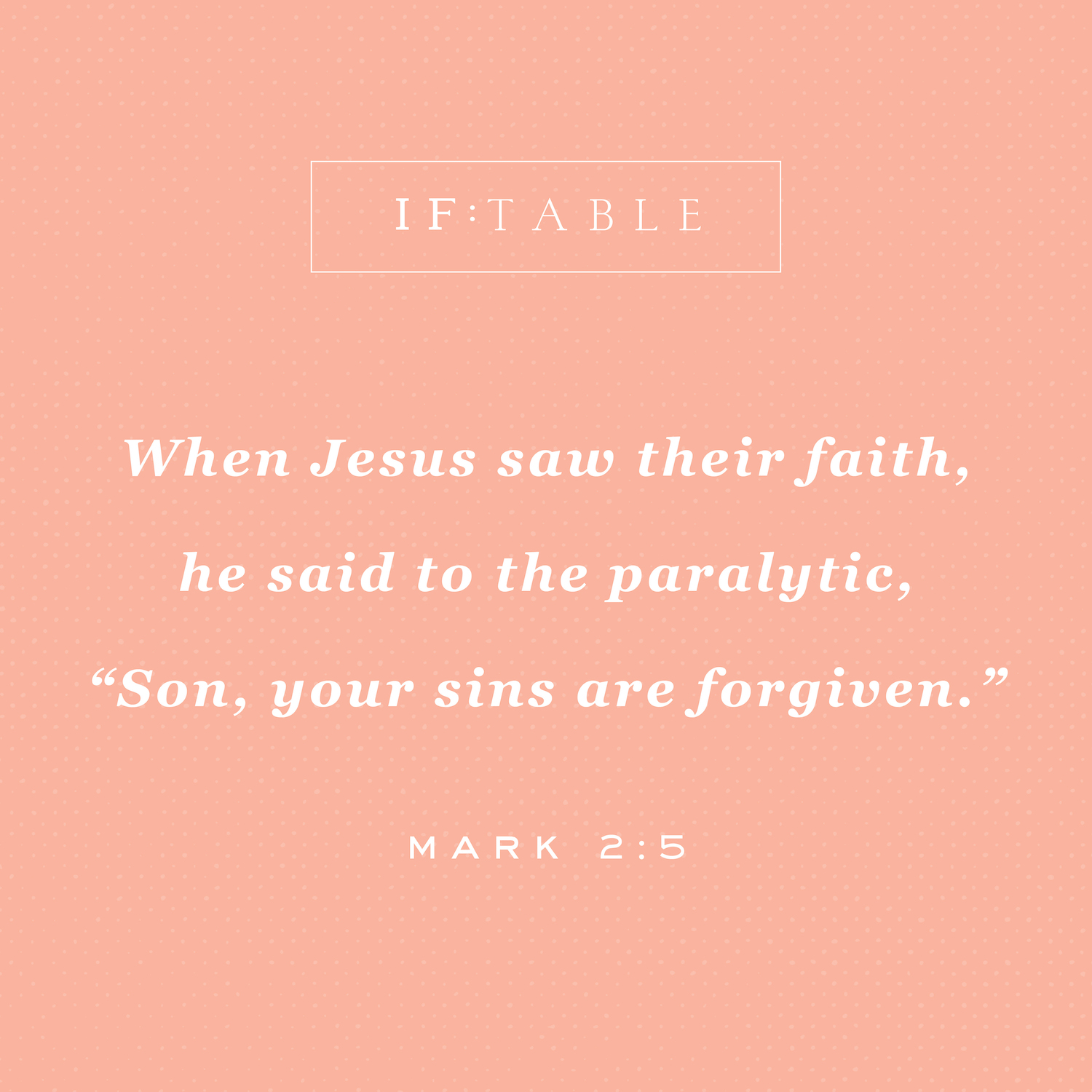 “And when he returned to Capernaum after some days, it was reported that he was at home. And many were gathered together, so that there was no more room, not even at the door. And he was preaching the word to them. And they came, bringing to him a paralytic carried by four men. And when they could not get near him because of the crowd, they removed the roof above him, and when they had made an opening, they let down the bed on which the paralytic lay. And when Jesus saw their faith, he said to the paralytic, “Son, your sins are forgiven.” – Mark 2:1-5

This passage from Mark uses the word “they” countless times in just a few verses. How many times did you read the word in this short passage? How did “they” interact in the description of the passage? Did you notice that they never uttered a word? Yet, this “They” move the action of the passage along; bringing, removing, letting down.

The nameless, anonymous They of this passage demonstrated such a love for their paralyzed friend that Jesus himself was moved.

The beauty in this passage is captured by Jesus’ response: Jesus saw their faith, then forgave, and then healed, their friend. It wasn’t just their arms that hoisted the friend’s limp weight, cracked the ceiling, and gently lowered him down; it was their belief that Jesus could touch their friend. That belief carried him when he was without the strength to do it on his own. These friends were not bothered with the crowds; they were laser-focused on getting their friend in front of Jesus. This type of diligence and determination is how we should all be pursuing friendships—part of loving well means laying our friends’ lives before Jesus.

As we move toward Jesus ourselves, we are called to encourage our friends to do the same. But what if we can’t move?

Each of us will face situations that paralyze us with fear, grief, and doubt. Bankruptcy. Abuse. The death of a child. An unexpected career change. A breakup. Depression. When these paralyzing circumstances catch up to us in this fallen world, we can despair. We sometimes give up on talking to God at all, much less asking him to intervene.

The ministry of They is most potent when we’re paralyzed. Our friends can intercede for us through prayer and faith when we lack the strength to do it on our own. This faith of friends is a gift of the Spirit that benefits the people of God (1 Corinthians 12:7, 9). We can lean on godly friends during those times when we cannot stand. And sister, it’s okay to lean on friends when those times come.

When our friend is paralyzed, we get to trade places in encouragement. We get to lower our friend’s circumstances in front of the Savior and beg him to act on her behalf. In the ebb and flow of life, sometimes we lean and sometimes we carry. Intercession—talking to God about bringing healing to your friend—is a powerful and intimate opportunity to care, selflessly. The burden on our hearts may be substantial, but so are the rewards. As we engage in the ministry of They, we get to lighten the load on our friends. But not only that; sometimes, like the nameless They of Mark 2, we get to be first hand witnesses to God’s breakthrough response. The privilege of witnessing the awesome power of the will of God being done on earth as it is in heaven, right in front of us? It’s holy. It’s transformative. It’s worth it.

Excerpt taken from Not Alone: A Study on Friendship.