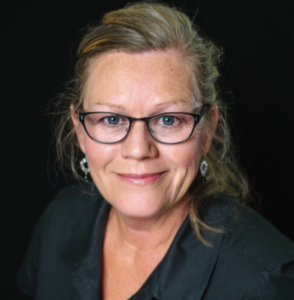 In 2016, Dianna’s life was changed. She found herself snowed in one weekend in March and stumbled upon the conference. “It was life changing for me. I’ve always worked as a project manager in commercial construction and would have been the last person to lead a women’s ministry. After experiencing IF:Gathering for the first time though, I started one at my church!” In June 2016, she decided to leave her career and signed up for IF:Lead in Florida.

She then opened up the women’s ministry to the entire community, “I was so nervous about leading a bible class! But what God had for me was to gather women, no matter where they were, in our community, if they believed or not, across different ethnic backgrounds to study God’s Word.” Dianna now serves as the IF:Local coach for Tennessee.

Her favorite thing about IF are the tools, “Our women love the tools, we use all of them! The way you guys send monthly tools like the conversation cards makes it easy to gather women together. “I had a toolbox for a lot of things, but I didn’t have the tools for discipleship. I never thought about that being a role I could play in the community. I didn’t think I was that woman. I just turned 65 and it’s been the most amazing spiritual walk I’ve ever been on.” Dianna and her husband are now converting their 100 year old farm into a retreat space for women to come and be renewed and reconnect with God.

Get The Latest by Email

Nothing to Prove by Jennie Allen