But Mary stood weeping outside the tomb, and as she wept she stooped to look into the tomb. 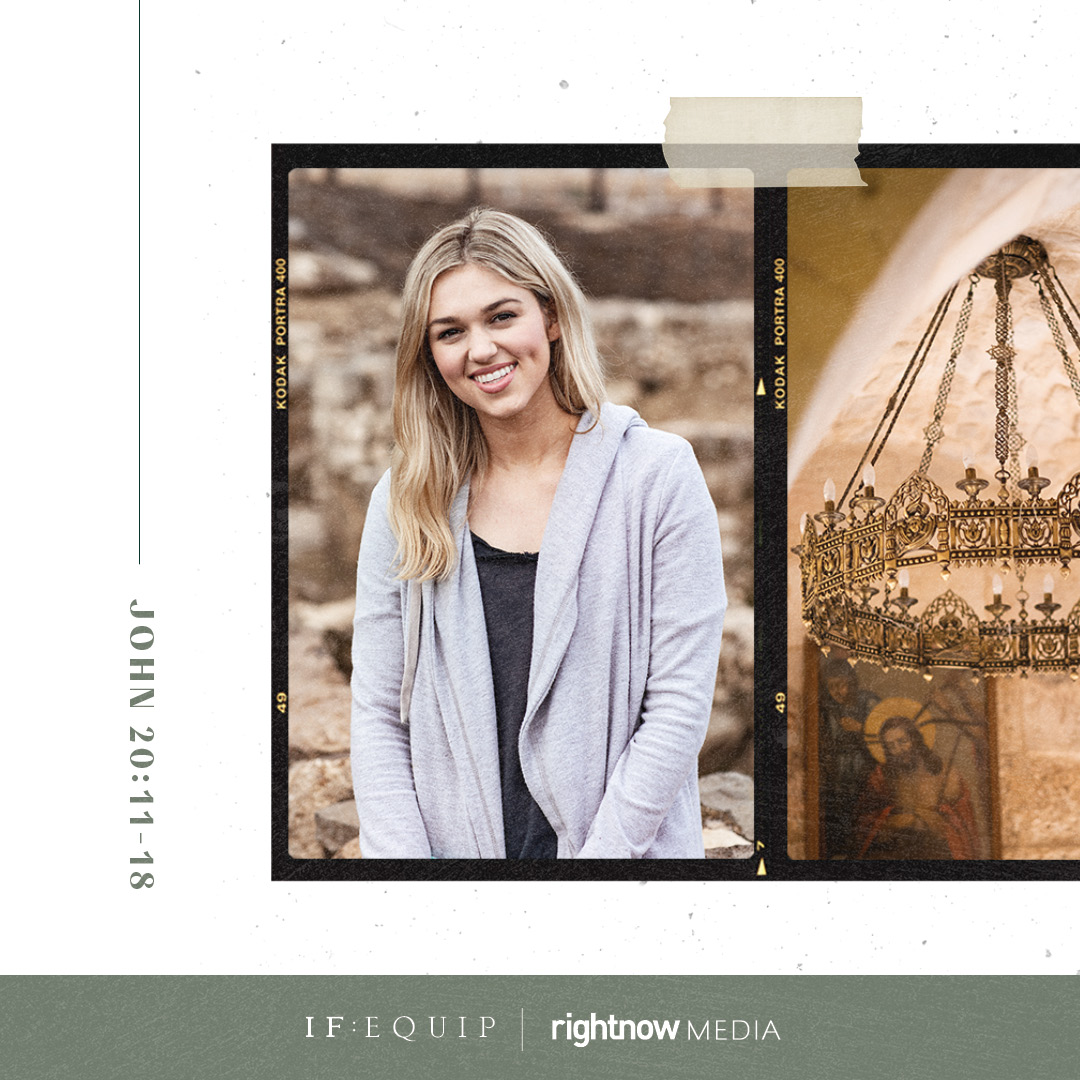 Mary Magdalene is a woman whose story has been conscripted throughout church history. She has been depicted as a prostitute, prophetess, mystic, celibate, passive helpmate, feminist icon, and the mother of Jesus’s child. “How the past is remembered,” writes James Carrol, a theologian and historian, “how sexual desire is domesticated, how men and women negotiate their separate impulses; how power inevitably seeks sanctification, how tradition becomes authoritative, how revolutions are co-opted; how fallibility is reckoned with, and how sweet devotion can be made to serve violent domination—all these cultural questions helped shape the story of the woman who befriended Jesus of Nazareth.”

It’s not clear where Magdalene’s wealth came from. Scripture is vague on that point, as it is with many of her details. The city she came from, Magdala, was a wealthy and culturally advanced town. Her money could have come from family or from her own work. Its source is unclear and not the focus of the story. What is clear is that she is a woman with a past, a woman Jesus healed, and a woman who was devoted to her savior and gave what she had. When Jesus called, she followed.

Scripture tells us that Magdalene followed Jesus during his earthly ministry after he healed her. She went from broken to whole and she was unleashed to follow Jesus. She was a witness to the words he taught and also to his crucifixion, burial, and resurrection. She was present through it all. Where the twelve disciples were, there was Magdalene along with the other women who followed.

mary on a mission

During Jesus’s time, he welcomed women into his ministry. We’ve seen it in his interaction with his mother, Mary, with the sisters Martha and Mary, the women he healed, the women he spoke to, and the women he called to bear witness and testify to his identity. Because of what Jesus had done for Mary Magdalene, she was able to minister to others. In Matthew 27, we see her with Jesus’s mother at the crucifixion. We often undervalue ministry of presence to stand with someone in the darkest of moments and support them in the midst of pain. Mary Magdalene was the loyal friend who stood by a broken-hearted mother who was helpless in stopping the humiliating and undeserved death of her son.

You may feel disqualified to follow him because of your past, but as we see with Mary Magdalene, Jesus restores.

What are some myths that you once believed? What was it that helped you decipher myth from truth?

I once was made to believe that short hair, tattoos, and jeans in church was not holy and God frond upon it as it was disrespectful to him! I was also lead to believe that if you have problems or sickness that just maybe it’s because your not living right. All of that is so not true and to even believe it a little is wrong. God loves us all just as we are period. We strive to do better and love everyone. Know your word!

1. You are defined from where you’re from- your family, your country etc.

2. That having a difficult past is shameful and needs to be hidden

3. That Jamaicans (which I am) do not try hard enough.

In the first two examples The Bible has displaced these views, particularly in these Bible studies.

I used the last example to show that when I have seen something which counters my view I have undertaken research to learn about something there is a revelation about the lie and where it has stemmed from. This then gives me confidence to be able to stand against the lie and in my case has helped me to be proud of my cultural identity. It then helps me to raise the confidence of people around me.

I was fat. Nobody liked me. I’m not a good mother/wife. No one would want to marry me.

I used to believe all bad things are coming from GoD as punishment , But trough the word i know GOD is LOVE

That God gets tired of forgiving. That God has his favorites. That you need to do good to gain grace, salvation etc. That you need to be a good person to go to Heaven hence you don’t need to give your life to Christ or become saved. That as long as one of you is saved in a marriage then you can marry anyone. As Christians we need to be able to decipher myth from the truth by knowing God. How do we do that? By reading, learning and meditating on his word. Amen! The Devil knows the bible so what excuse do we have as Children of God?

That God would only save you by the works you performed; Your prayers had to be the same; you had to confess to a priest to be forgiven. Being saved changed all of that for me. In reading God’ word and worshipping God, I have realized that He truly has forgiven my son’s and made me a new person in Christ

That once saved always saved!
God loves us and he will never leave us
We may leave him but he never leaves us

I used to believe that I would never break free from my past and that I would always be bound to a bad romantic relationship that I struggled to break free from, pain and no hope! God totally lifted me out of the situation and worked the pain I endured out for my good!

I used to believe that I would be stuck with a responsibility bigger than I could handle and would eventually go in depression . God had has taught me to find joy and peace in earthly things to prevent that from even being possible. I used to believe I would not have gotten out of a toxic relationship in the past but he has pulled me out, physically and emotionally for the most part .