Jesus Can Be Trusted

Jesus said to her, “I am the resurrection and the life. Whoever believes in me, though he die, yet shall he live, and everyone who lives and believes in me shall never die. Do you believe this?” 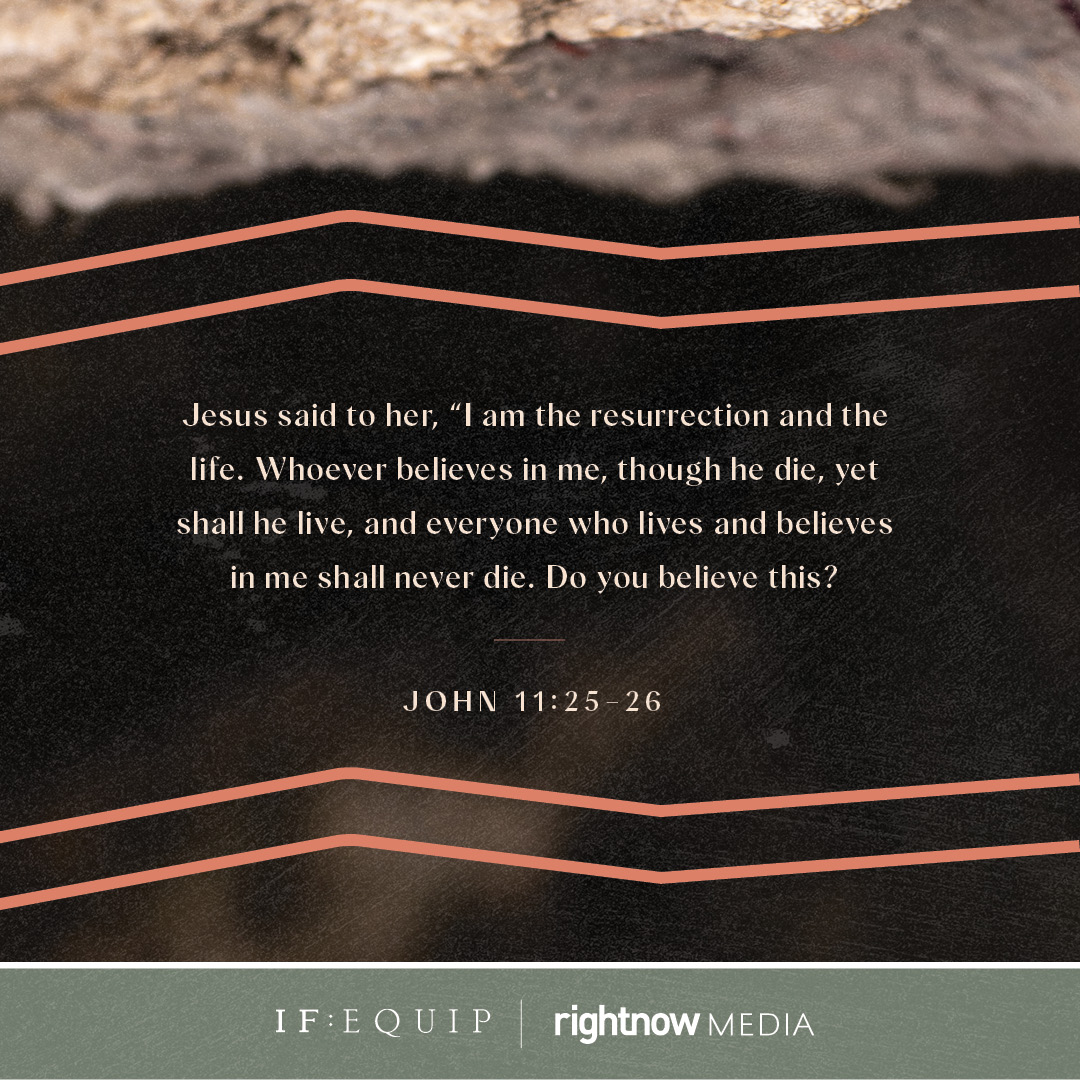 To speak is one thing, to act is another. Our actions reveal what we really believe, more so than mere words. Our sister, Martha, puts this on display as she continues to interact with Jesus.

do you believe this?

Before the resurrection of Lazarus, Jesus said to Martha that her brother would rise again. She said, “Yeah, I know that he will rise again in the last day” (John 11:23–24, paraphrase). Jesus responded with, “I am the resurrection and the life. Whoever believes in me, though he die, yet shall he live, and everyone who lives and believes in me shall never die. Do you believe this?” (John 11:25–26). Martha responded with, “Yes, Lord” (John 11:27).

Later in the story, when Jesus went to the tomb of Lazarus and asked the stone be moved to uncover the opening, Martha exclaimed, “Lord, by this time there will be an odor, for he has been dead four days” (John 11:39). Jesus responded with, “Did I not tell you that if you believed you would see the glory of God?” (John 11:40).

Martha said she believed Jesus, and Jesus said, “Watch me do what you say you believe.” She got to live what she believed, and Jesus was faithful to do what he said. How often does Jesus say to us, “Do you believe?”

Jesus invites us to live a life that is alive and resurrected. We say we believe it, and now we get to live it. After all, Jesus has brought us from death to life! As he did with Martha, Jesus graciously calls us to grow in faith and to live with hopeful expectation. Do we live as though we truly believe he is making all things new?

This resurrection and life are for all to receive. As Jesus called Martha to live out her faith and to trust him, others saw Jesus at work in Martha’s life. “Many of the Jews therefore, who had come with Mary and had seen what he did, believed in him” (John 11:45). The community watched as Jesus loved this family, growled at death, talked to his Father in heaven, and used his power to bring life from death. And many believed.

When we make way for Jesus to show his love and resurrection power, others notice. As we grow in our belief in Jesus as the resurrection and life, we have the opportunity to continue to throw off our former life of death and live into his resurrection, power, and promises (Galatians 5:1). He has given us life and when we live it, others long to live as well. It is only by his resurrection power that we can do this.

How is God inviting you to live your faith? Where is Jesus saying, “Trust me”? As you live your faith, may others see the resurrection power of Jesus and give glory to God and God alone.

Jesus is asking me to trust him in general with my future. When situations arise, doubt, fear worry and anxiety try to creep in an keep me from focusing on his promises, but the word says he has plans to prosper me and not harm me, to give me an expected end (Jeremiah 29:11)!!

Lord thank you for the resurrection power in me and those in my community. I know the gifts you have given, lord, you have encouraged us to look beyond ourselves. Allow others to see You in me, so that You may be glorified in Jesus name. Amen

Jesus is asking me to trust Him in my interactions with others everyday. To trust that showing love even when love isn’t being shown to me is what He calls me to do. To allow the fruit of the Spirit to be released by submission to His will. To follow His direction even when I don’t feel I’m up to the task.

God is inviting me to live my faith through my journey , as I encounter different situations , he is testing me to see how I behave or respond. Sometimes I fail but If I believe in him and trust in him , I will get better at it.

God is inviting me to live my faith surrounded by people who will lift me up along with God so that I can be the beat version of myself. Jesus really says, “Trust me,” when Lazarus is completely dead after four whole days and both of the women were hanging onto the sliver of hope left. They might guess that I am a Christian, but I don’t just openly share that as a conversation starter, instead I most likely start of with other aspects of my life.

God is inviting me to live my faith by putting conviction in my heart through daily scripture reading, prayer, calling others that I haven’t called in a long while to offer encouragement. I need to put my trust in Him daily.

He is inviting me to trust that he will lead me if I let him. His love and grace are available, but you can’t see if you don’t invite him into your life and trust that he will provide. It’s hard to let go of control when you think you know better, but His way will bring joy and everlasting life.

I am living my faith financially. Trusting God to open doors to provide exactly what I need each month, and believing that out of His generosity, He’ll provide enough and more. I hope that others watching me are encouraged to trust Jesus with their area of struggle.

Following & trusting Him with my college academics/ especially my athletic career. Trusting Him all through that, knowing I am there for a reason and that reason of Him putting me there.

“Following and trusting”… just like a little girl would with her daddy, because she knows deep down that even though she’s not sure where he’s going or what he’s doing, he won’t lead her astray. Because He loves her to death and back. ♥️ I’m thankful we don’t have to have it all figured out before we can take our next right step. Guess that’s why it’s called faith. 🙂 And even if we make a mistake, it’s just that…a mistake, not the end. And oh how He knows how to make something beautiful out of a mess!! He’s been doing it from the beginning!