Friends From the Beginning

Then the Lord God said, “It is not good that the man should be alone; I will make him a helper fit for him.” 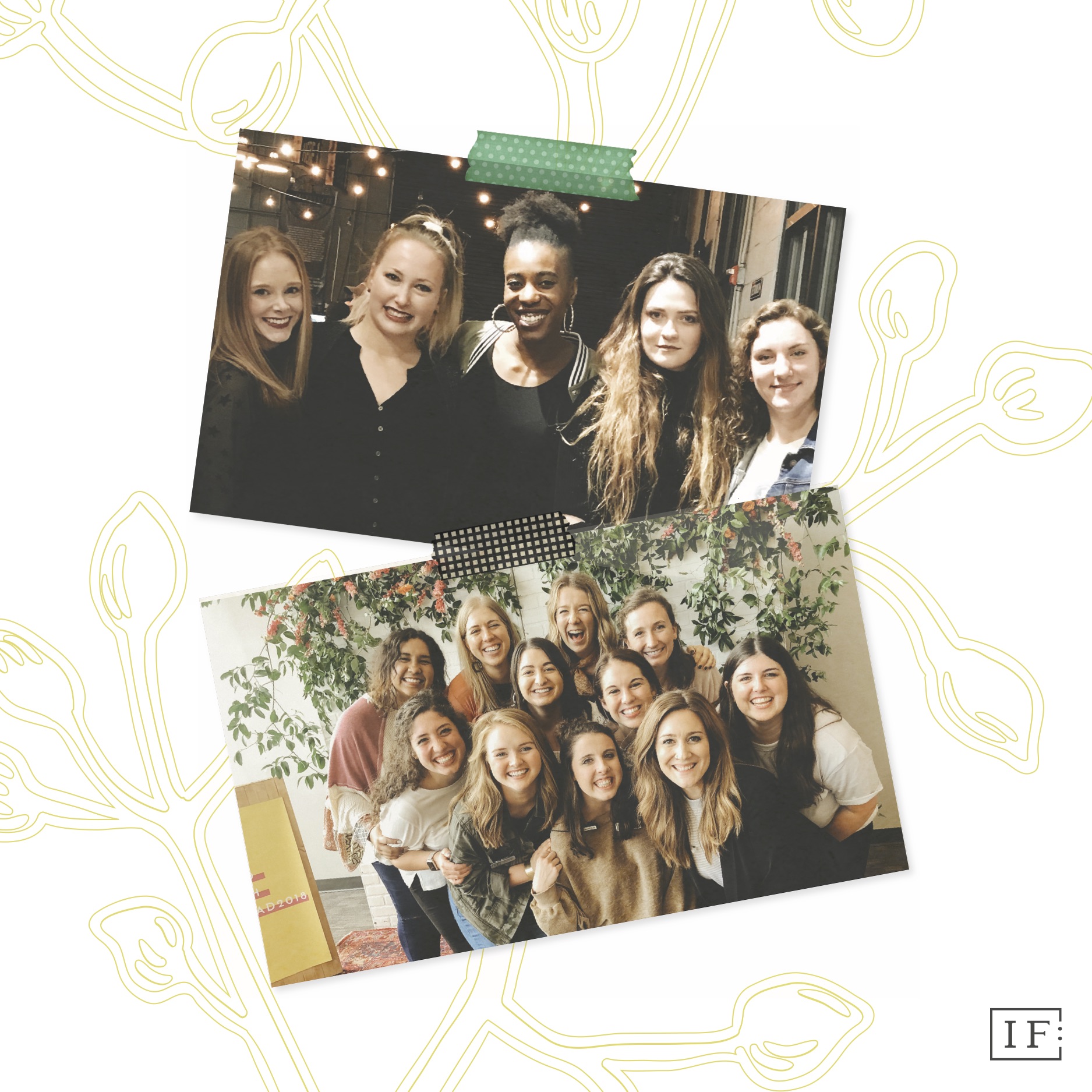 friends from the beginning

In the beginning, God created the universe and then filled it with life. God made the first human— and he was very good. Then God fashioned a very good woman—because He decided that even in a perfect world, it’s far from good for humans to exist without other humans.

In fact, God says of the man’s loneliness, “I will make a helper fit for him” (Genesis 2:18). The word “helper”, is the Hebrew word ezer. This powerful word appears several times in the Old Testament (including Exodus 18:4; Psalm 121:1, 124:8; Ezekiel 12:14; and Isaiah 30:5), mostly to describe God’s mighty military intervention. To paraphrase Genesis 2:18, ezer describes Eve as
the one who has Adam’s back. Ezer is a word imbued with strength, tenacity, and fierceness that the English word “helper” can miss.

Before sin even came into the world, the Lord knew humans needed other humans in order to flourish. Our need to have each other’s back has only increased because of the rampaging presence of sin both in the world and in our everyday struggles. Sometimes we feel it when we roll out of bed after a fitful night of sleep and wake with a weight on our shoulders. Our feet hit the floor and all we want to do is skulk back into our beds and crawl into ourselves. We feel in those moments that it is good for us to be alone. Isolation is one of Satan’s best playing cards.

Sin blows up real-life relationships with all the messiness of characters on our favorite soap opera. Sin changed the relationship between humans and God and between the man and the woman. At first, Adam and Eve were naked and unashamed—free to love, cohabit, work, plan, and rest without inhibition. But after sin entered into the world, shame dropped like a bomb, compelling them to cover themselves with fig leaves and hide from God. We have been hiding ourselves ever since. The proper cover for our emotional nakedness, however, isn’t hiding; it’s confession. This is one of the reasons that the Holy Spirit convicts us of sin and compels us to admit wrongdoing. Thankfully, the Spirit does not leave us vulnerable; He covers us with forgiveness and cleansing (1 John 1:9).

Good friends cover us, too. Imagine this: a young woman is on her own for the first time; college freshman, new car, new apartment—freedom is on the horizon and the wind is billowing in her eighteen-year-old sails. What she doesn’t know is that college is a tempest. In blows a storm of bad decisions, and hurricanes of comparison and self-doubt. The free-spirited college freshman realizes her ship is sinking. She lightens her load by tossing her classes. Next, people and relationships are lost to the depths as she clings to solitude. Finally, in her despair, she considers hurling overboard the most important cargo: her faith. She’s lost her bearings. And then—a break in the clouds. The voice of a friend, like a compass and an oar, assures her of the steady foundation in the distance and rows like crazy, steering her through.

Some of us made it to shore not because we’re great sailors, but because we had a friend who rowed us back to God’s good shores.

A Theology of Friendship

Learning of betrayal by a loved one is devastating. God has been a true help to me by putting people in my life who’ve had similar experiences and are willing to help me walk through my current stormy season.

Katie, helping me through the depression; Patty too… maybe… she did what she could; me letting her go. Sarah and the breaker; Jack and Irene giving me a vacation; giving of their left-overs (I’m not sure that these come from "friends" more "neighbours". Do I have an easier time receiving from "neighbours"?

I recall when my Mother passed away. My friend Margaret was there for me. She open her doors to me. I could have
stayed with my sister but my sister lived an hour away from where my job was located. I really appreciate Margaret. Some say, when you live with people, you will find out who they really are. And, yes that’s true. My friend Margaret was still herself. She a very loving, kind, easy going and she has a heart of gold. Really, she’s a gift, sent from God. I thank God for her always. I have to say that God has been a true help and a true friend to me, multiple times in my life. When I moved from Virginia back to NC. It wasn’t easy. But, God open doors when I didn’t know how or when things would turn around. But everything fell right in place. Even when I felt like giving up, God reminded me;
He was with me and that He was going to work everything out. I had to really TRUST Him, and I did. You know what: God worked everything out and He’s still working things out for my good. God is Good!!!

“Isolation is one of Satan’s best playing cards.” This sentence stood out to me because I can isolate myself from asking for help but also from giving help. I want to help but I tend to withdraw when doubt creeps in and I have thoughts like “I’ll just bother her.” “I will come across as overbearing.” “I don’t know how to help.” That last one is BIG. I don’t know how to help so I just don’t. That’s so sad. I’m working on it.

I will say our new small group has been a huge help. From day 1 the ladies made me feel so comfortable and accepted I felt free to share my past mistakes. They have no wavered since.

God has been a true friend to me in the same way. I mess up daily. And over my past in big ways. But he continues to reach out for me, accept me, forgive me, and bless my life. He’s always there with a listening ear and open arms to fully accept who I am. I really couldn’t ask for more from a true friend. And that right there answers my problem. If I don’t know how to help, just sit and listen.

Being extremely extroverted, I rarely reach out when I may be having hardship (which is probably mostly just in my mind) and definitely isolate myself because I don’t want to burden others with my problems. Allthough on the contrary I want to be there for my friends through their hardships and whether just talking or just being In their presence. Which usually brings out my problems as relatability so we end up helping each other. I do feel like I have and have had friends that have probably reached out and I say I’m fine as a default cause I want to avoid the uncomfortable emotions. So I think being open and willing to accept fellowship from others is also a big part in getting through those hard times.

When my husband was battling Cancer, one of my best friends, came once a month or more to take me out to lunch and just get away from the situation for a little while. She has no idea how much that meant to me.

These last 7 months I wouldn’t have made it without the aide of my friends. My husband died New Years Eve and I was a mess. For over a month my friends cooked for me, raised money to help with finances and would check on me daily. They still are a big source of comfort as these months have gone by. God knew how much I needed them and helped l3 cultivate relationships with Godly women that I can truly count on.

God has been a true help and friend to me by staying close to me when it seemed everyone else was walking away. I have lost a lot of relationships lately but one thing remains the same- His love for and approval of me. Thank you, Jesus that I never have to worry about you leaving me. You will never forsake me.

I had a friend that offered me financial help so I could quit my 2nd job and worry about getting better, I love her for that, but I couldn’t take her money. God has always provided for me or pointed me in the right direction. He has washed me white as snow and brought people into my life at the right place & right time. And He doesn’t get mad at me when He has to keep repeating Himself because I didn’t listen to Him.