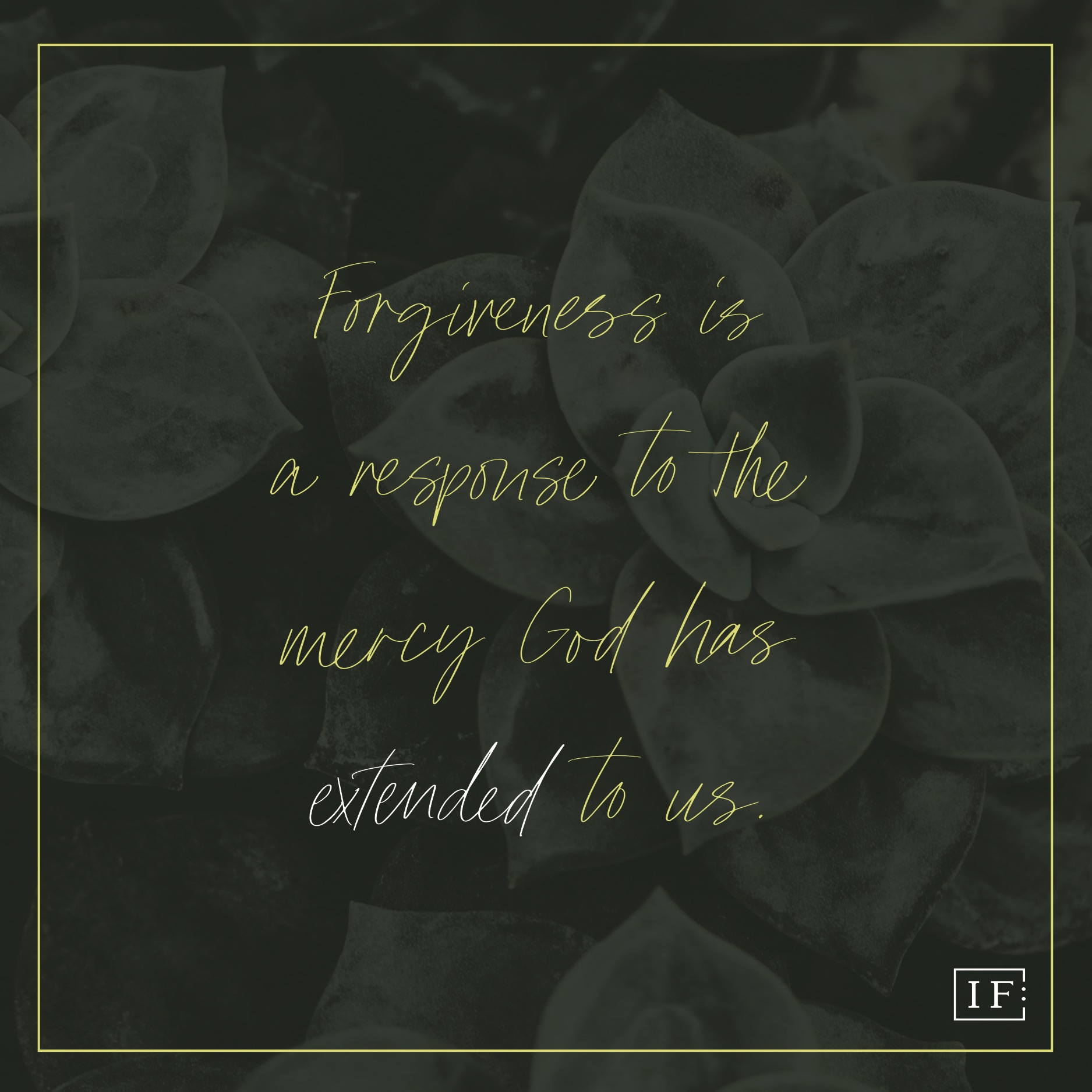 When we were kids and we were directed to apologize and forgive others, how many of us thought that was stupidest idea our caregivers ever had? As we looked at our feet and mumbled the obligatory “I forgive you,” did we, really? As adults, some of us continue to carry around a lot of hurt from wounds that have never fully healed. We would rather roll our eyes and walk away than face what feels like a foolish choice: the choice of extending or withholding forgiveness. In the face of the grief, heartbreak, and trauma we carry, forgiveness seems stupid.

So like the apostle Peter asked Jesus, we ask, Lord how often do I have to forgive this person? Where is justice? But are we looking for justice or vengeance? Is withholding forgiveness an effective way to protect ourselves mentally and emotionally? How can forgiveness be wise and righteous in the face of offense?

forgiveness is the heart of right relationship

Imagine a big bowl of bright, verdant, juicy apples. Then imagine that in the middle of that delectable bowl, one apple is rancid and rotting. It’s just one apple, right? It’s not that big of a deal…at least until the rottenness spreads to the rest. What started off as a bowl of gorgeous nourishment becomes gross, smelly garbage. Withholding forgiveness infects every part of our lives with rancid, spreading rottenness—disturbing sleep, invading our emotional health, blocking intimacy with the Lord and with other people, and birthing suspicion. Unforgiveness ultimately sours our relationships with people and the Lord in ways we couldn’t predict and sometimes don’t even see.

a scene in scripture

In Matthew’s Gospel, Peter asks how many times a person should forgive after someone sins against him. Now, Peter was Jesus’ “rascally” disciple. Peter was like the kid in detention all the time. And Peter is thinking the same thing we find ourselves thinking—it’s stupid to forgive people when they sin against us constantly. Jesus’ response is so gentle and paints the picture of God’s relationship with us.

Forgive. Every time. All the time.

First things first—while we were still sinners, Christ died for us. We cannot count all the ways that we have offended God, because we are not anywhere near aware enough to know! Add to this that God knew that we were going to sin against him before he made us—and still, Jesus died for us. Our spiritual life isn’t like a game of baseball—there is no stepping up to the bat and the threat of striking out after three unsuccessful tries. The Lord isn’t taking names and tally marks of our sin. God doesn’t “get done” with us. Humanity isn’t canceled.

The Lord does the opposite. He does what we think would be stupid. He makes forgiveness infinite and open to everyone no matter how many, or how great the offenses—all God calls us to do is confess. Also, he does it at great expense to Himself. It does not cost us anything to accept God’s forgiveness but it costs God to give it. Forgiveness will never cost us as much as it cost Jesus.

As we become more like Christ, we emulate the generosity and extravagance of such forgiveness. This does not mean we cast away justice—there are consequences for wrong actions. This does not mean that we become doormats or open ourselves up to the unsafe or unhealthy behaviors of others. As we love well and seek to maintain unity, forgiveness breeds justice. Forgiveness, though counterintuitive, demonstrates kingdom intelligence. Christ bore the sin of the world on the cross just to make forgiveness possible. When we remember how we’ve been forgiven, forgiving others feels less like stupid and more like freedom.