Hope deferred makes the heart sick, but a desire fulfilled is a tree of life. 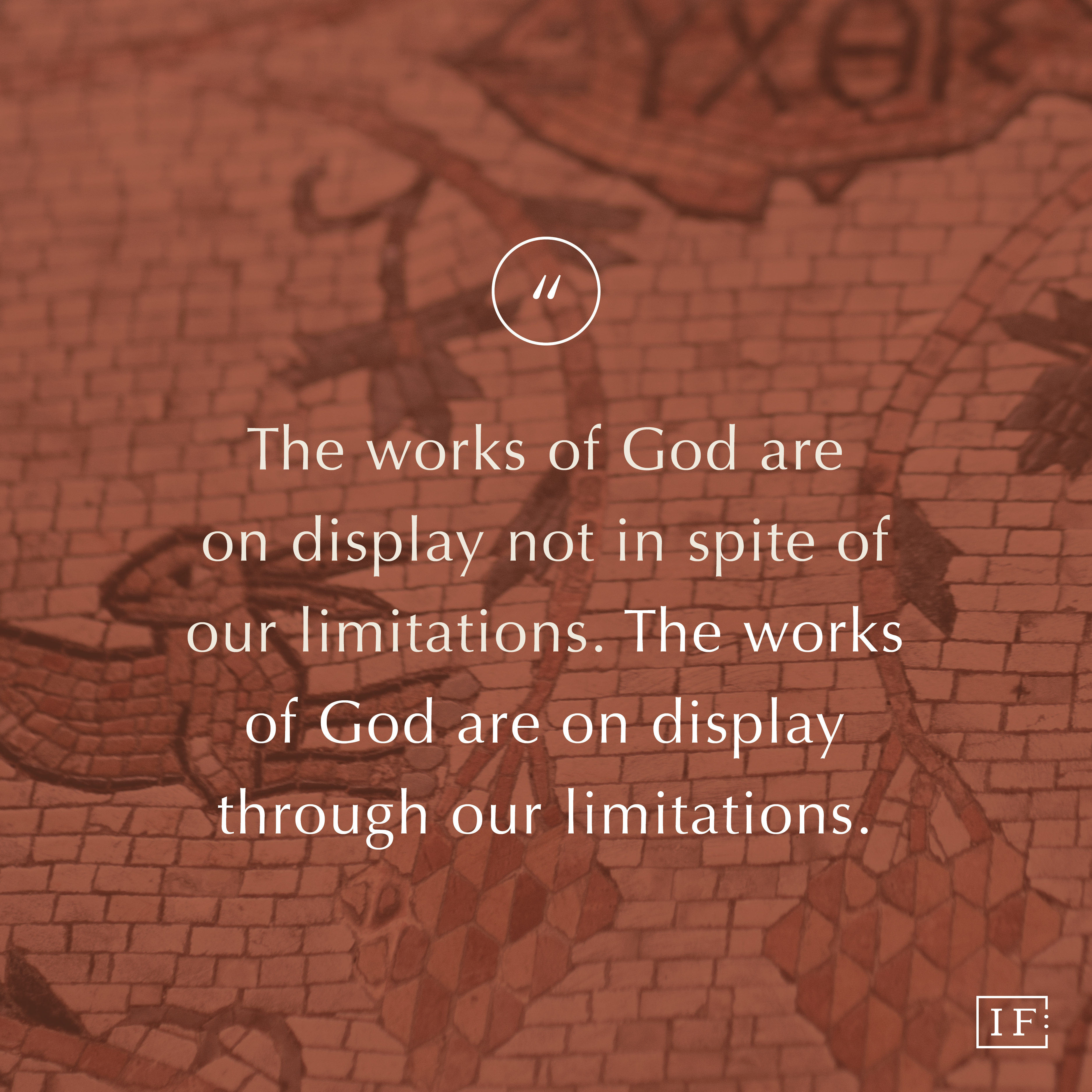 He’d heard how the waters could heal. All he had to do was wait for them to stir and be the first one there. Surely he could manage that. So, full of hope and expectation, he’d convinced those who cared for him most to bring him there. Maybe they’d stayed with him a while, waiting for the waters to stir, ready to do whatever it took to make sure he was the first one in the pool. But eventually they’d had to leave to tend to their work and families—the many responsibilities of everyday life. Maybe he’d been optimistic about it at first. He’d manage. But how many times had the waters stirred since? And how many times had he done all he could to be the first one there only for someone to beat him to it? Still, what else could he do? So he lay there waiting.

It was the Sabbath—a holy day of rest for the Jews. Maybe it had become an especially welcomed day for him. Hope, it turns out, requires its own kind of labor to sustain. But on the Sabbath, he didn’t have to work. Not at anything. In fact, the Jews forbade it. So of all the days he might have hoped something would change, he couldn’t have thought it would happen then. Not on that day. Not on the Sabbath, the seventh day, the day God Himself rested after creating the universe.

It was on a Sabbath—a day of rest—that Jesus restored a man’s ability to walk. But let’s not miss that the real gift that day was Sabbath itself. The gift of rest. Jesus gave the man rest from his striving and rest from the lie that he had to do it all himself. Today, so many Sabbaths later, rest is the gift Jesus offers us still. We need only to accept it. We need only to rest in him.

Are you resting in Jesus? Or are you striving with everything you have to be enough? What could it look like to rest in Jesus this week?

Resting in Jesus is something I don’t experience enough because of my belief that I must continue to strive: To clean the
house so that it’s perfect., to care perfectly for everyone in my family, to cook the "right" meals, to be the perfect wife, mother, and friend. None of this does Jesus expect. Resting in him would look like peace – incredible, soul-nourishing,
soul-restoring peace. My will is involved and my willingness to let Jesus take the lead is key.

In many things I am resting in Jesus; however, I still strive to be the best I can be – whether it is at work, taking care of my dog & cat, and, most importantly, being a Christ follower and serving my Lord. When most people think of rest, they think of not doing anything – simply laying around. Yet rest can take many forms, such as trusting in God, relaxing in His love, worshiping Him, enjoying His creation, etc.

It would look like a week of hope and peace. He would always be on my mind. I would be praising and worshiping Him in all that I do – whether it is communicating with my students, writing an RFP for work, holding a Zoom meeting with my colleagues, taking a walk, doing laundry, listening to praise music, etc.

I am guilty of striving. To rest in Jesus for me would to not measure more worth in what I do or don’t do.

I haves strived and toiled for many years until one day I got cancer. I learned I needed to learn to rest and learned to receive. I’ve always thought if I just do enough work then God will answer my prayer… lie from the enemy. Learned to slow down at that time. I still have to remind myself to slow down. I’m a care giver by profession.

I try to rest in Jesus, but before I know it, I am striving again. I try to be the best wife, mother, daughter, teacher, woman, and then I realize that my relationship with Jesus had become distant. Then I become stressed out and anxious. I turn to Jesus and the whole cycle starts again. This week I need to rest in Him by praying consistently and turning everything over to Him.

To have peace & relax instead of the rushing from here to there to do this & that. I try to find time to listen to Jesus & rest in him-then my mind just wonders off on anything else but him, which is truly sad. This I really need to pray about.

My mom says that I am always going going going and need to slow down. I was at one point so busy I seemed to put God and prayers on the backburner. With this whole pandemic, I find myself doing my bible plans, reading the bible more, doing studies, listening to more worship music. I know once I start back at work , I will NEED to keep my time with God on the front burner because resting in him will get me through.

Resting in Jesus would look like doing productive week, then taking a break to spend time alone with God, not stressing about what didn’t get done today, or what is coming up tomorrow.

Trying to be everything to everyone is exhausting!! First thing is learning to say NO when necessary, but the rest is giving to God, laying my worries, burdens, stresses on him and just resting in his peace that he is working it all out and taking care of it!!! So much relief!!!

I love this story! When we absolutely least expect it our hope is fulfilled!
I tend to strive from the moment I wake up to the last minute I go to bed. I recognize it’s not good and I need rest. I think this study has helped a little with that. As a stop in my day to read Gods word and think about what it means in my life today that’s rest that fills me up!