When Jesus saw her, he called her over and said to her, “Woman, you are freed from your disability.” 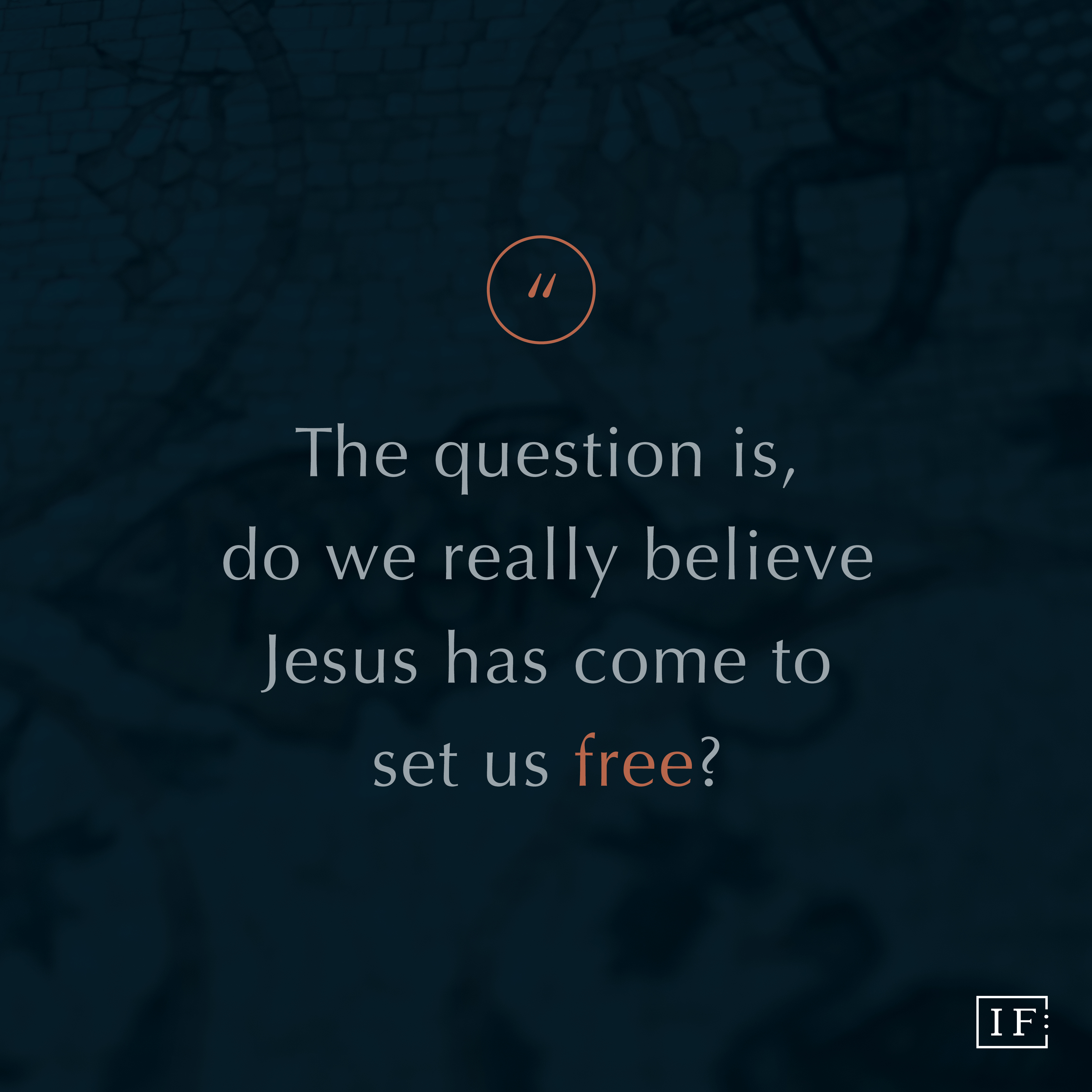 Eighteen years without control of her own body. Eighteen years spent doubled over, having a clear view of people’s feet but not their faces. She’d spent all those years without the ability to stretch her body, restricted and in pain, unable to look up at the sky on a sunny day, unable to meet the embrace of the people she loved and the people who loved her. But she was in the synagogue, the place where the people of God went to worship.

We don’t know what had happened in this woman’s life eighteen years prior to leave her in this state. Luke doesn’t give us any details. We only know that, whatever it was—whatever she had done, or whatever had been done to her—this woman’s life had been changed forever.

Somewhere along the way, she’d encountered a spirit that had taken over her body. She was trapped and in bondage.

The Bible will tell us explicitly when a person is suffering from a physical illness. But while it’s clear that the woman was suffering, Luke makes it equally clear that the root of her problem ultimately wasn’t physical but spiritual. And the truth is, when it comes to our spiritual lives, we’re just like this woman. Maybe our spiritual problems don’t leave us doubled over for eighteen years, but the chal lenges can still thwart us. Augustine had a phrase for it: incurvatus in se, the life bent over on itself.1 He understood that our spiritual lives, when not in check, would lead us to self-preoccupation, turning us inward and robbing us of the love, joy, and community we were made for. (Note: Augustine was a theologian of the late Roman period whose writings greatly influenced Western Christianity and philosophy.)

This woman’s spiritual condition had left her so debilitated she couldn’t see Jesus. But Luke tells us that Jesus saw her. And even though we’re not told outright, we can be sure that Jesus took compassion on her
because when he saw her, he called her over and, without asking so much as a single question about the circumstances that had led to her bondage, he set her free.

What's keeping you from accepting the freedom available in Jesus?

I think what keeps me from God is my fear/pride. I want to be strong and independent and show the devil that he can’t win but of course that is not possible without God. It is so so so hard to believe that God is okay with our flaws and that he wants to help us even when it seems like we should be on GO but seem to not even be READY.

Maybe is unbelief that God won’t do it for me.

I’ve learned to not pray for specifics. I pray “if it be your will.” Sometimes God has other plans for us. I was at a job for 20 years and had done my managers work several times in her absence and was told I was pegged for her job. Long story short. I didn’t get it. A gal who had been there 4 years got it. I had never been so mad or defeated. A job came up in a school I swore I would never work at. My main boss made me shadow the gal there. I fell in love with it! I don’t have the stress the other job would have held and make more than the gal who got the manager job! I am surrounded by great God lovin folks and i am great full for Gods gift of an unanswered prayer. When my mom passed I was devistated but I always asked God if it be your will to heal her and if not please don’t let her suffer. She had ovarian cancer. She never so much took a Tylenol! Praise God! I don’t know what you want but I will pray that you get what you need. ❤️

Because it is hard to give Jesus a problem and wait for him to fix the problem. I need patients and that is often hard or I need courage to do my part and that can be difficult.

Sometimes it is pride, sometimes it is feeling sorry for myself, sometimes I think it is fear of change or feeling too comfortable. It all is crazy because because all we have to do is come to Jesus to experience healing g and freedom.

I guess just knowing I have had joint issues for so long but continue to pray. I know it’s all in God’s timing not mine but never to give up that God will set me free from this pain soon or when I get to Heaven.

I must never give up on God, still believe that he will provide and take care of all my needs. God does have perfect timing.

I am free from eternal damnation. I must see myself as God sees me. Faith teaches me that his Word is true. I must stand on his Word.

Pride. Thinking I’ll eventually figure it out myself.

Thinking I can handle it myself! I am now transitioning in letting God into all aspects of my life and surrendering to God.

Sometimes I feel that God doesn’t see me. This woman’s pain was caused by spiritual but it was physical were people could see there was something wrong. Because my hurts and struggles are internal, and the world doesn’t take notice it seems that God won’t either. This woman didn’t see Jesus but Jesus saw her and I know that I am not invisible to God. Even though God is there for me and is offering freedom, I have to go to Him to accept it.

I often feel the same way. Like I know He will never leave me, but apart of me is like He might change His mind at the last minute. But the thing is, He won’t, because He is faithful! Satan wants us to doubt God, that’s why he attacks our mind and thoughts. But just remember God sees you, and He is faithful.