And Jesus stretched out his hand and touched him, saying, “I will; be clean.” And immediately the leprosy left him. 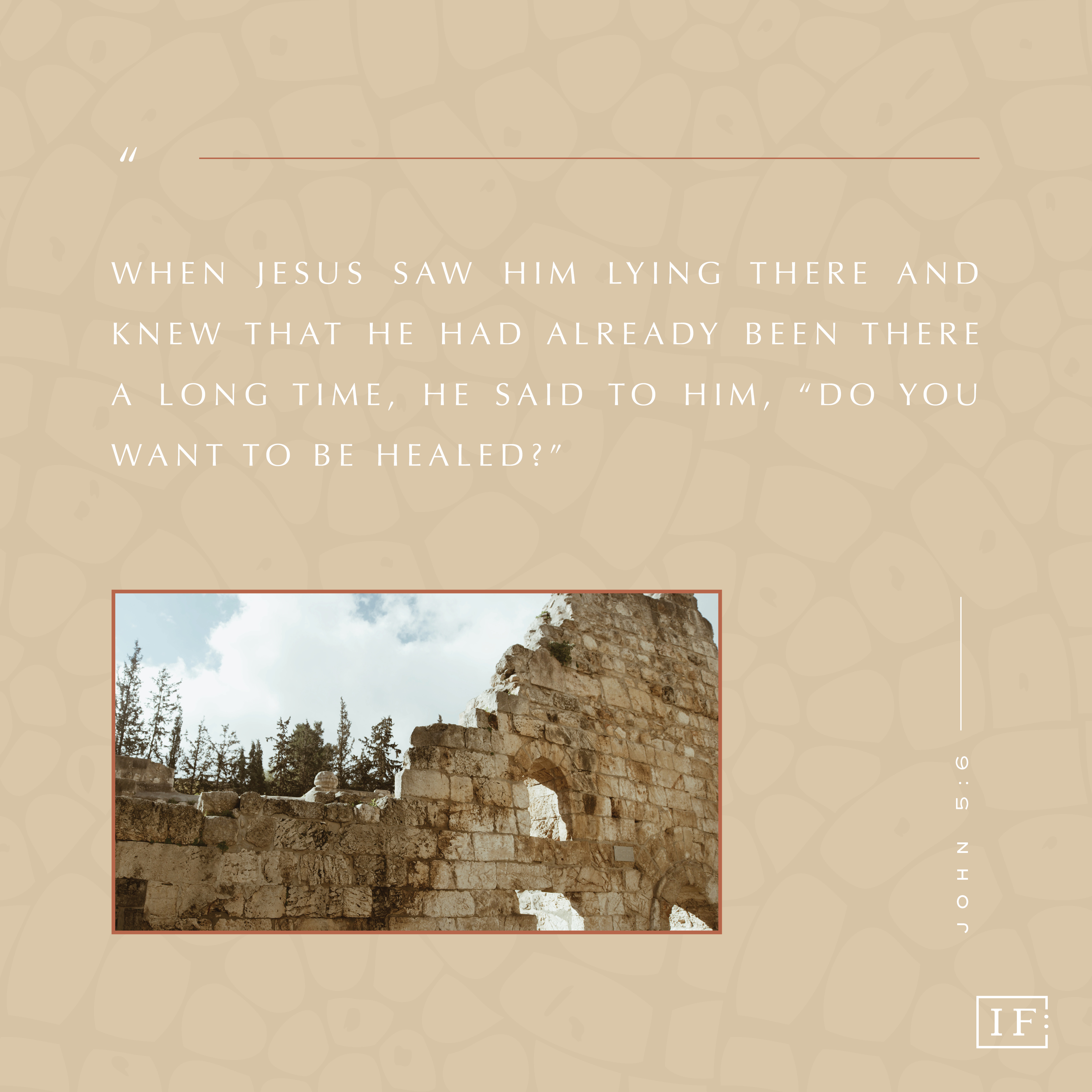 From the moment he discovered the first mark on his body, he knew he was worse off than a corpse. At least people would touch a corpse. His body was covered with it: leprosy, the visible mark of his shame. Once the priests had confirmed it and declared him unclean, he’d been banished from the city to live alone. He’d spent his life since in mourning—his garments rent, his hair worn loose, one hand covering his upper lip as he cried out, “Unclean! Unclean!” It was hardly a life.

But then he’d heard about Jesus. And whatever he’d heard, he must have believed the reports, because when he saw Jesus walking in the city he ran to him, fell on his face before him, and begged him, “Lord, if you will, you can make me clean.”

It was his only shot. There was no treatment for leprosy. No cure. His only hope was that he’d wake up one day and miraculously the leprosy would be gone. It must have felt a lot less like hope and a lot more like a cruel dream. Until Jesus.

Maybe he’d heard how Jesus had cast out a demon with only a word and thought Jesus would simply speak the leprosy away. Or maybe he thought Jesus would heal him by telling him to bathe in the Jordan River, like the prophet Elisha had done for Naaman (2 Kings 5). We can imagine he was ready for anything. Anything, that is, but this. After all, he was a leper, Jesus was a rabbi, and the Jewish law was clear. Lepers were not to be touched. So while we don’t know how long he’d gone without feeling the touch of another person, we can only imagine how he must have felt when Jesus’s hand came to rest on him.

a touch of love

So we try to fill our isolation with activity. We bury ourselves in work. We volunteer at church. We focus on our children. We decide to give dating another go. All good things. But we don’t need to be told that those things won’t ultimately fulfill us. We already know that. At the end of the day, we’re not unlike that leper. We know hopelessness. Disconnection. Shame. And like him, we’re waiting for the day we will wake up and, miraculously, the isolation will be gone.

When Jesus touched the leper, He did so much more than heal him of his disease. He delivered him from a life of isolation. And just as it was only Jesus who could give the leper what he ultimately needed, only Jesus can do the same for us. When we feel alone, when we feel isolated, we can look to Jesus. He stepped into our isolation so we would never have to be alone. All we need to do is ask.

What are you looking to fulfill that only Jesus can fulfill?

This lesson gives me a great deal to think about during this time of isolation, this threat from the Coronavirus, which has separated us physically from almost everyone but members of our immediate family. We are experiencing what it is like to have enforced isolation in the face of severe illness and death. It seems to me that God has given us a mandatory pause; many activities we normally pursue are now forbidden. Except for those now working feverishly – medical and hospital personnel, we have heavy time on our hands we don’t normally have. Is it possible that God wants us – you and me – to deeply examine our lives before Him. What do we normally race around trying to achieve, to fulfill needs, needs that can only be fulfilled through a deepening relationship with the One Who made us? The statement has been made – Now that He has our attention, perhaps we should listen to Him. As for me, He is telling me to begin spending much more time on my knees, seeking His will for my life, asking for direction and guidance,
submitting to whatever He wishes me to do for other people. I do believe that the only true fulfillment in the Christian life is first, knowing Him in an ever-deepening way, not seeking for ourselves, but knowing and loving Him for Who He is, and, second, seeking his guidance for helping and serving others.

Those are my same sentiments!

My rejection I try to fill with busyness at times. Only Jesus can fulfill.

Loneliness-mostly due to relocation to another state & leaving my church family & friends, especially during this pandemic. My emptiness I feel only God can fulfill my loneliness & give me hope that He is the most important one in my life & will always be there for me. I just need to reach out to Him & seek Him more!

Ever since the pandemic, I have been saying that a house full of 4 people and I feel alone: lonely. I ask my family to hang together, play games, cards, read the bible… Whatever it is to help me not feel so alone. I started thinking about Paul while in prison away from all his people. This time has made me reevaluate what I was doing or not doing before this happened. In a way I am glad that this happened because it has brought me closer to God and the time I spend with him. I will need to rethink how I will change my routine when I begin work again which is in a short few weeks. Don’t get me wrong, honestly I didn’t want this to happen but if I change for the positive I feel so blessed!

I long for purpose. I work with intentionality in everything I do in hopes of significance.
God’s been reminding me again:
God is my purpose. That is enough.

A sense of peace, companionship, and importance. I am constantly searching for these things in others, and while it is good to have community and feel valued within that community, ultimately people will always disappoint in some fashion or form. I don’t say this to be cynical, but to remind myself that I cannot expect others to fulfill only those things which God desires to fulfill through Him and His son.

This story of isolation reminds me of my grandma and how special her touch is with her soft hands and sweet soothing voice- yet during the pandemic she went soooo long without getting to experience touch. There was finally respite for her but made me think how important touch is.
Only Jesus can fulfill my desire to have a collective peace in my blended home.
Only Jesus and the Holy Spirit can soften the hearts of my unbelieving family members to seek him as their lord and savior!
This is my specific prayer. Only Jesus can fulfill my career path as to where I head.

I think happiness, happiness with relationships, happinesses with life, and while I strive to have all of those things, when I am most happy is when I right with God. When I talk to him daily, tell him how I’m feeling, don’t just keep going in the busyness of life. When I truly spend time with him and nourish that relationship, all of the others fall into place and I’m able to nourish those happily.