Jesus Restores a Man Made in God's Image

And when he saw Jesus from afar, he ran and fell down before him. 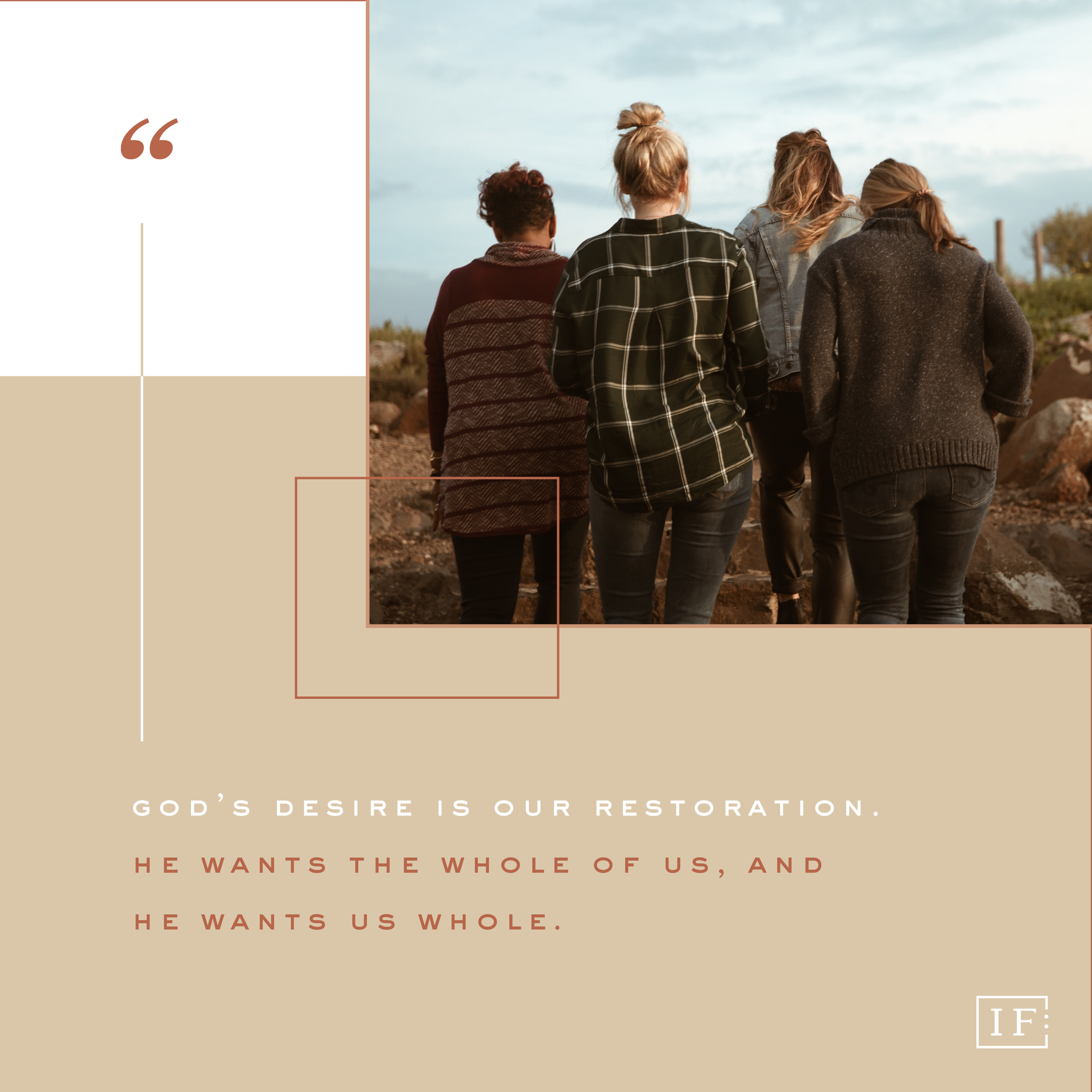 chaos among the tombs

Having just demonstrated his power to calm destructive powers of nature, Jesus approached the region of the Gerasenes. Though scholars debate the exact location, one thing seems certain—he was stepping into Gentile territory. This time Jesus encountered an inward form of destruction—a man tormented by unclean spirits.

Matthew and Luke record the same story, but Mark gives the longest account and the most vivid details. This depiction, more than any other section of Scripture, makes it clear that the demonic world seeks to “distort and destroy the image of God in man.”

This man spent his days wandering among tombs and slashing his arms with rocks. Not knowing what else to do, people frequently bound him with shackles and chains, but to no avail. With unnatural strength, he broke free every time.

The best way to describe this wretched soul is as one who was like “the living dead, left with no life” dwelling among corpses.

Yet, interestingly, when he saw Jesus he ran and fell before him. Recognizing a formidable and divine authority, the demonic voices spoke: “What have you to do with me, Jesus, Son of the Most High God? I adjure you by God, do not torment me” (Mark 5:7). The demons who had kept the man in fear and torment now feared divine punishment themselves.

chaos among the tombs

Knowing their time was up and wanting control over where they went next, the demons begged permission to go into a nearby herd of pigs. The results proved disastrous. Whether driven by the demons or simply overcome by terror, nearly two thousand pigs raced down the hill and drowned in the sea.

Why would Jesus allow such a staggering loss of animal life and the resultant economic loss?

The text doesn’t address this directly, but two things are apparent. First, the value of a person made in God’s image far exceeds the value of animal life. Two thousand pigs count as nothing compared to the worth of one man.

Second, this action proved Jesus’s power and authority over the spirit world in a tangible way. No onlookers could reasonably doubt that they were in the presence of one who was divinely omnipotent.

the restoration of man

Having seen what happened, the herdsmen hurried to inform those in the city and the surrounding country of what had taken place. People flocked to see what happened and found visible proof—the man sitting fully clothed and in his right mind. The onlookers were terrified and begged Jesus to leave their region. Sadly, they were more comfortable welcoming chaos from the demonic realms than the peace Jesus offered.

Sometimes we grow too comfortable with our own destructive patterns because it’s what we’ve grown used to. Whether it’s a harmful addiction, a mental illness, or crippling fatigue, we believe the lie that it won’t get better. So, why bother trying? Before we know it, we’ve gone from discouragement to despair.

In these moments, it’s helpful to observe the power of God at work all around us. When Jesus healed the demoniac, he left him with some instructions: “Go home to your friends and tell them how much the Lord has done for you, and how he has had mercy on you” (5:19).

We can depend on two things even in our moments of torment: God’s power and his mercy. We serve a God who specializes in hopeless situations and longs to demonstrate his love toward us. Even when others have abandoned us to the tombs of our circumstances, God’s desire is our restoration. He wants the whole of us, and he wants us whole.

In what ways does knowing you are made in the image of God change how you view yourself?

Knowing that I am made in the image of God gives me boldness and courage to speak out with authority.

I have always longed to find who I was, feeling uncomfortable with my seizures that others treated me diffrent after finding out my situation. Then finding God and being redirected to knowing it’s okay to be diffrent for our Father God loves everyone.

When we come to know Christ as our personal Savior, we know that we will have Christ in our lives. He is there for us, and lives in us.

It tells me I have value even when circumstances and people cause me to feel and believe the lies of the enemy that I am not worthy of God’s love or being one of His children. I know in my head that’s a lie but the struggle to align my heart and feelings to this truth is real and daily. Knowing the Lord showed up in the life of this hopeless man gives me hope, too. The Lord Jesus spared no effort and no cost to rescue him-from the text, it was a mission for this one man that led Jesus to that place. There was no enormous crowd having revival after the man was healed. Just one formerly hopeless man. Restored and given a new life and purpose-one that was able to bring the Lord glory and lead others to be saved. The man had been the image of the devil-his behavior, his every day life, his reputation. Jesus made him truly be the image of God-healed and restored he became the reflection of Jesus’ love and salvation….hope replaced hopeless and I can so relate to this man’s plight. Someone everyone else rejected and cast aside and even tried to imprison and leave for dead, Jesus sought out by going to him and He didn’t leave him there the same as He found him.

Makes me feel loved. God loves us so much that he made us like him. That is awesome.

I know everyone is made in the image of God but so difficult to see myself in the image of God. I feel as though I need to be on guard on everything I do or say-how can I portray such an important image to those around me. I need to pray more for God’s wisdom & strength to more like him. Stay in the word is so important on all aspects. Help me Jesus to portray you more in my daily walk.

It helps me feel worthy, valuable, and special in those where the world makes me feel lesser than. It also brings me great comfort that we serve a God who is all about grace and mercy. Without those things, life would be so much more difficult.

Knowing that I also have the 9 fruits of the Spirit is Amazingly Incredible to me!! These are such great gifts.?