Jesus Has the Final Say Over Death

But Jesus on hearing this answered him, “Do not fear; only believe, and she will be well.” 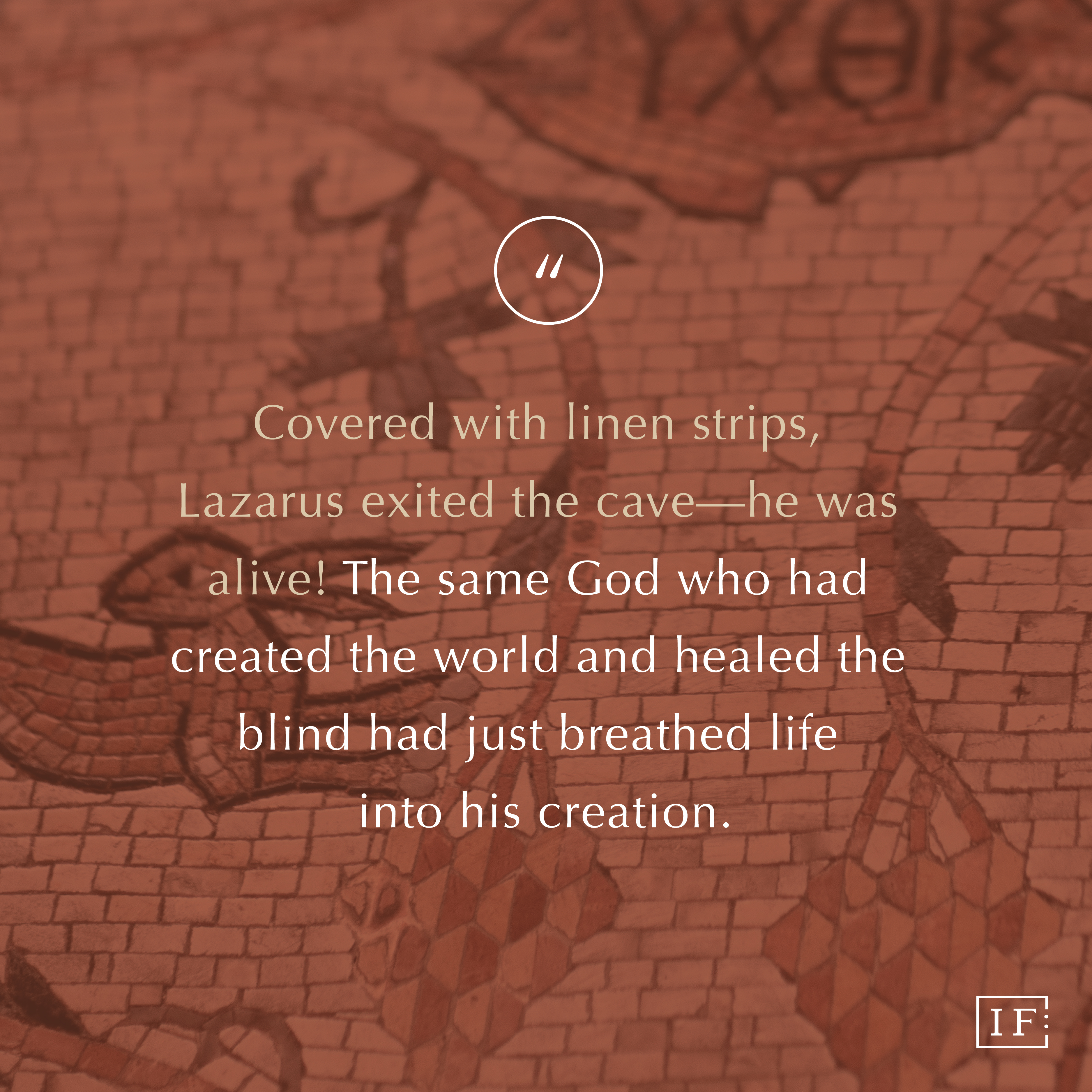 After healing a demon-possessed man in the Gerasene region, Jesus traveled to the western shore of the Sea of Galilee. There a crowd waited for him, including a man named Jairus.

Luke described Jairus as a “ruler of the synagogue.” The term ruler likely means Jairus was a leading elder in his local synagogue and may have orchestrated all the worship services. But regardless of his exact position and responsibilities, he clearly held a high rank.

Jairus approached Jesus and fell at his feet, imploring him to come and heal his only daughter. As a high-ranking leader, Jairus was used to calling all the shots. But now he was down to his last straw. There was nothing left he could do to heal his dying daughter, except one—humbly petition Jesus, the miracle worker.

Jesus started walking toward Jairus’s house but was momentarily delayed when he performed another miracle. As Jesus extolled a woman for her faith, a delegate from Jairus’s home arrived with a message: “Your daughter is dead; do not trouble the Teacher any more” (Luke 8:49).

In his darkest moment, Jairus was faced with a choice. He knew death to be invincible. Yet, he had just observed the healing of a woman who had been afflicted for twelve years—the same duration of time his daughter had been on earth—and Jesus commended her faith. Would he also continue in faith?

Jairus heeded Jesus’ words and permitted Jesus to continue toward his house.

jesus has the final word over death

Outside Jairus’s home, mourners had gathered according to custom to weep with the family. “Do not weep,” Jesus said. “For she is not dead but sleeping” (Luke 8:52).
Their response? Derisive laughter.

Little did they know death was no match for Jesus. He would have the last laugh over death.

Going into the girl’s room, Jesus took her hand and spoke, “Child, arise” (Luke 8:54). Her parents watched in amazement as the girl’s spirit returned to her body.

After this miraculous feat, Jesus charged them to tell no one what had happened.

Why? After all, it should have already been obvious to all who were gathered that a miracle had happened among them. Mourners don’t grieve for the living. The girl who had died was once again breathing, eating, and walking.

But here’s the thing. Jesus didn’t want them to marvel so much over the physical implication of his miracle that they missed the spiritual implication. The same goes for us. If we find our hope only in what this life offers, then we’ve missed the point (1 Corinthians 15:19).

Later, Jesus himself would die and then rise again, paving the way for all his followers to rise again too. And like Jesus, our perishable bodies will be exchanged for imperishable ones (1 Corinthians 15:42). Jairus’s daughter would one day die again, but our hope is not in the “now.” We are governed by this simple truth—“Death is swallowed up in victory” (1 Corinthians 15:54).

As a result, believers will experience the joy of waking from death to a glorious new morning

How might this story bring you encouragement when facing the loss of a close friend or family member?

They will be waking from death to a glorious new life if they have a personal, saving relationship with Christ.

They are not dead they are more alive and free then us.

That even after death we will all as believers live again. That death on earth is not the end but the beginning of eternity and our walk with Jesus in heaven. Oh what a glorious day. Although I do not wish for death, I am not frightened of its inevitability because I know I will be with my Lord and those that have gone before me. ?

I know from experience that my father, mother and sister are in the hands of Jesus. Living a Christian life and having faith believing in Jesus brings us new life after death-a new physical body which I am truly looking forward to. I have no fear of dying but must admit I do not want to go thru a long time of pain and suffering. My family’s loss will be a victory when I meet them in Heaven.