Jesus Gives and Takes Away

And Jesus answered them, “Have faith in God. 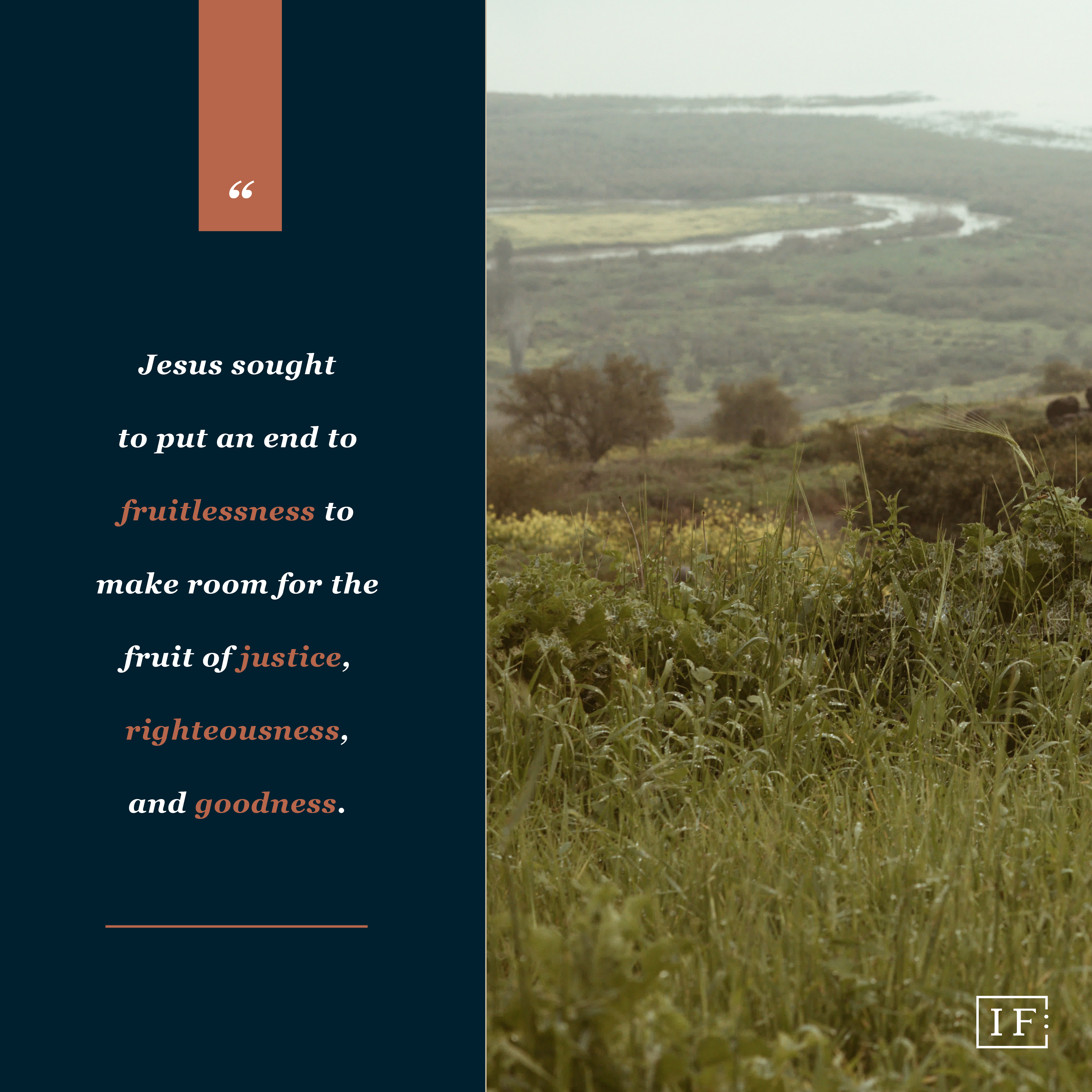 In this striking miracle we see the drastic result of failing to bear fruit. In fact, in our limited understanding we may not even consider it a miracle, but we have to look closely at what Jesus is teaching us here. As he looked at the early blooming fig tree, he saw that though the leaves had come early, it failed to produce any figs. In other words, the tree appeared to be fruitful, but instead proved barren and fruitless. Jesus decided to bring judgment on the tree and it immediately withered to death. Although it seems at first a little out of character for kind, compassionate Jesus, he was showing through the metaphor of the tree that fruitlessness ultimately brings judgment. The fig tree—representative of the nation of Israel—failed to live up to its promises, and Jesus demonstrated the dire consequences of that. In the same way, the nation of Israel rejected its Messiah and failed to bring about fruit though it had promised fidelity to God. The lesson is a heavy one for the tree and Israel: repent or face consequences.

When considering the tree, it seemed as if the opportunity for repentance never came, but in the case of Israel, the nation had many opportunities to return to its King. Micah 7:1, Jeremiah 8:13, and Hosea 9:10–17 all warned God’s people that continued rebellion would result in future judgment. When Jesus arrived and began his public ministry, he echoed what the Jews already knew. God gave them opportunity after opportunity to return to their first love.

where is the hope?

After watching the tree wither, we can imagine the disciples might have wondered, “If Israel will no longer bear fruit, how do we remain faithful?” Jesus answered their question by talking about a new way to bear fruit. The old way—the way of the fig tree, the way of promising fidelity but returning empty handed—died when Jesus came. The new way—the way of faithful prayer, the way of submitting to the power of God and seeing God move in mighty ways—began as Jesus welcomed his disciples past and present into his kingdom. Jesus teaches that fruit—true, abiding fruit— comes when the saints offer prayers from a place of faith to our God who stands ready to say yes and amen to them. God knows the world needs the fruitfulness of his kingdom. Israel’s failure to live out kingdom values not only kept them from experiencing the life God meant for them, but it left people destroyed in their wake. The fruitlessness came out of oppressing the poor, taking advantage of the weak, and disregarding the kingdom ethics set forth throughout the Old Testament. To allow that pattern to continue meant to allow injustice to reign. Therefore, Jesus sought to put an end to the fruitlessness to make room for the fruit of justice, righteousness, and goodness. In other words, though this story may seem harsh at its outset, taking a closer look reveals Jesus’s concern that protected the most vulnerable and marginalized. Judgment is sometimes necessary to protect the vulnerable.

Though Jesus's judgment can feel harsh, we know that judgment brings about restitution and justice. Consider your own life. What are the areas of fruitlessness you can submit to the Lord?

I feel like the man who said to Jesus "I do believe; help me overcome my unbelief!" (Mark 9:24). I think I have a lot of faith – more than just sufficient – but I don’t feel as though I have enough that I could move a mountain into the sea (literally and figuratively). I want my whole being submitted to Him.

Doubt or unbelief in my life. Also fear of uncertainty. I need to submit to the Lord

I need to focus on more quiet time with Jesus especially since I have moved. I’ve been so busy with moving, organizing the new house, TV and taking care of grandkids, I find myself running out of time for Jesus – which is imperative in having a deeper relationship with him.