And all were astonished at the majesty of God. 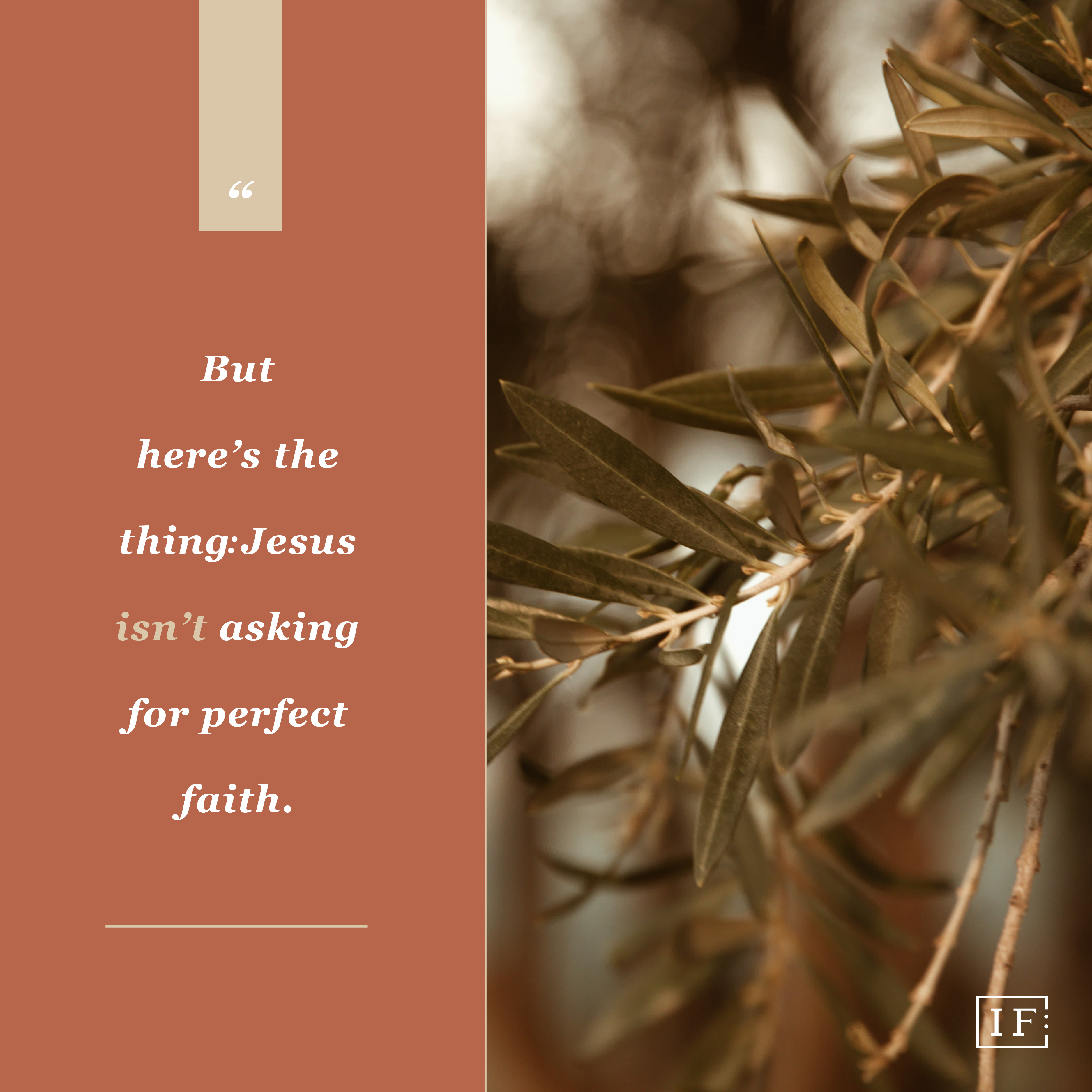 After the transfiguration, Jesus—along with Peter, James, and John—returned to join the other disciples. They discovered a large crowd had gathered and was arguing with some scribes. Why? A man had a mute son with an unclean spirit, and the disciples had been unable to heal him.

a life with no peace

The Gospel of Mark records that the boy had been controlled by the demon since childhood. To be clear, this was no picnic—the demonic world is bent on wreaking havoc and destruction on God’s creation. This particular spirit made the boy deaf and mute, and frequently cast the boy into fire or water with the intent of destroying him.

For the majority of his life, this boy knew nothing of peace. To be controlled by an evil spirit was to know only a life of chaos and terror. This boy needed Jesus, but would Jesus heal him? Those around Jesus didn’t seem so sure.

Jesus took note of their disbelief. First, he bemoaned the “faithless generation” (Matthew 17:17; Mark 9:19; Luke 9:41). It is possible Jesus had in mind only the disciples, who had failed to heal the boy. But more than likely he meant the crowd as well, since the term generation is typically used to denote a broad group.

Jesus also addressed the father: “All things are possible for one who believes” (Mark 9:23).

The father responded, “I believe; help my unbelief!” (Mark 9:24). When things around us seem out of our control, unbelief is a natural response. If you’ve ever found yourself despairing, trusting God may seem like a foreign concept. But Jesus isn’t asking for perfect faith. Jesus meets us in our doubt and teaches us that “imperfect faith can be perfected.”

jesus restores the boy to life

Jesus rebuked the evil spirit and said, “You mute and deaf spirit, I command you, come out of him and never enter him again” (Mark 9:25). With violent convulsions, the demon departed. As the boy lay on the ground, the people feared the worst. But this wasn’t death for the boy. On the contrary, Jesus had instilled new life. To the astonishment of all who watched, “Jesus took him by the hand and lifted him up, and he arose” (Mark 9:27).

This boy awakened with a new outlook on life. Formerly, the only voices he heard were from the demons inside his head. Now he used the ears bestowed to him by his creator to listen to the voice of the one who had healed him. Misery turned to joy. Chaos to calm. Not because of any spectacular display of faith, but simply because a father called out to Jesus.

Describe a situation in which you first lost hope but then God made it right. In what ways have you seen God grow your faith?

I recently had to have my water heater replaced which, between the cost of the new one and the fees for the handyman to install it, pretty much wiped out my checking account. The devil tempted me to not fulfill my tithe the next pay period to help refill my checking account. With God’s help, I didn’t give in to the temptation. He is getting me through this fiscally tough stretch. I’m trusting Him even more in more arenas of my life.

I had cancer and was devastated. It took every ounce of strength to believe God wanted to heal me. I needed to get my victim mentality out and also forgive those that have hurt me. I kept on serving and praising God through chemo and radiation. Been healed! Praise Jesus it’s been 7 years.

My mother moved in with us & I fekt all this joy that we would be spending time together. Well, it lasted for a while. Then mother fell & had a hip replacement, which she recuperated very well. However, she started losing weight & her health just started declining. She was in & out of the ER & hospital which I thought would never end. Mother continued to get worse & no one could help her. I felt as though I was going downhill & prayed so much but nothing helped. I watched mother just suffer until she could hardly communicate with anyone. I prayed over her & read the Bible to her not knowing if she could hear me. She passed away & I just had a difficult time facing her death. I’m in tears writing this but I know now that God was always there with me even when I was losing hope. I do know that her spirit is in Heaven & she is pain-free & she will be lifted up again when Jesus returns.

Jesus meets us in our doubt and teaches us that “imperfect faith can be perfected.”

My biggest area of lost hope has always been with the brokenness of my family. However, I have seen God soften people’s heart, and through new babies, brought people back together. Because of the healing that has already taken place, I am confident and hopeful that even more healing can occur.

God grows my faith when I remember in the small and seemingly insignificant times to call out to a Him or to be grateful and thank him. It’s the daily walk, not the occasional crisis prayer that is growing my faith.

I had to be so scared of all my demonds at first to understand i could not do it all alone. I needed help and Jesus was my way. I was brought into knowing my faith had to grow from this point on. 🙏🏼🤍amen.

Walking through someone with addiction is horrible, but God can give you the grace, strength and hope to see the future he has for you. It grows your faith in ways you never imagined, but we’re necessary to see how dependent on I am on him. He wants me to come to him when I don’t have the strength, or want to control the outcome. Having the faith in him to trust that he has got it and it is the way it should be.

Mark 923 all things are possible when we believe in God. I feel like I need to say that over and over again every single day all things are possible if we believe. I think about my relationship with my dad how it has been restored over the last six or seven years. I didn’t think I would ever have a relationship with him it was very dark and distant for over 10 years that God has allowed me to have forgiveness and God has forgiven my dad and restored him and I know our relationship is still being restored when I thought there would be no hope I was reminded that our heavenly father is always true and always carries us