The Book of Acts

When the day of Pentecost arrived, they were all together in one place. And suddenly there came from heaven a sound like a mighty rushing wind, and it filled the entire house where they were sitting... 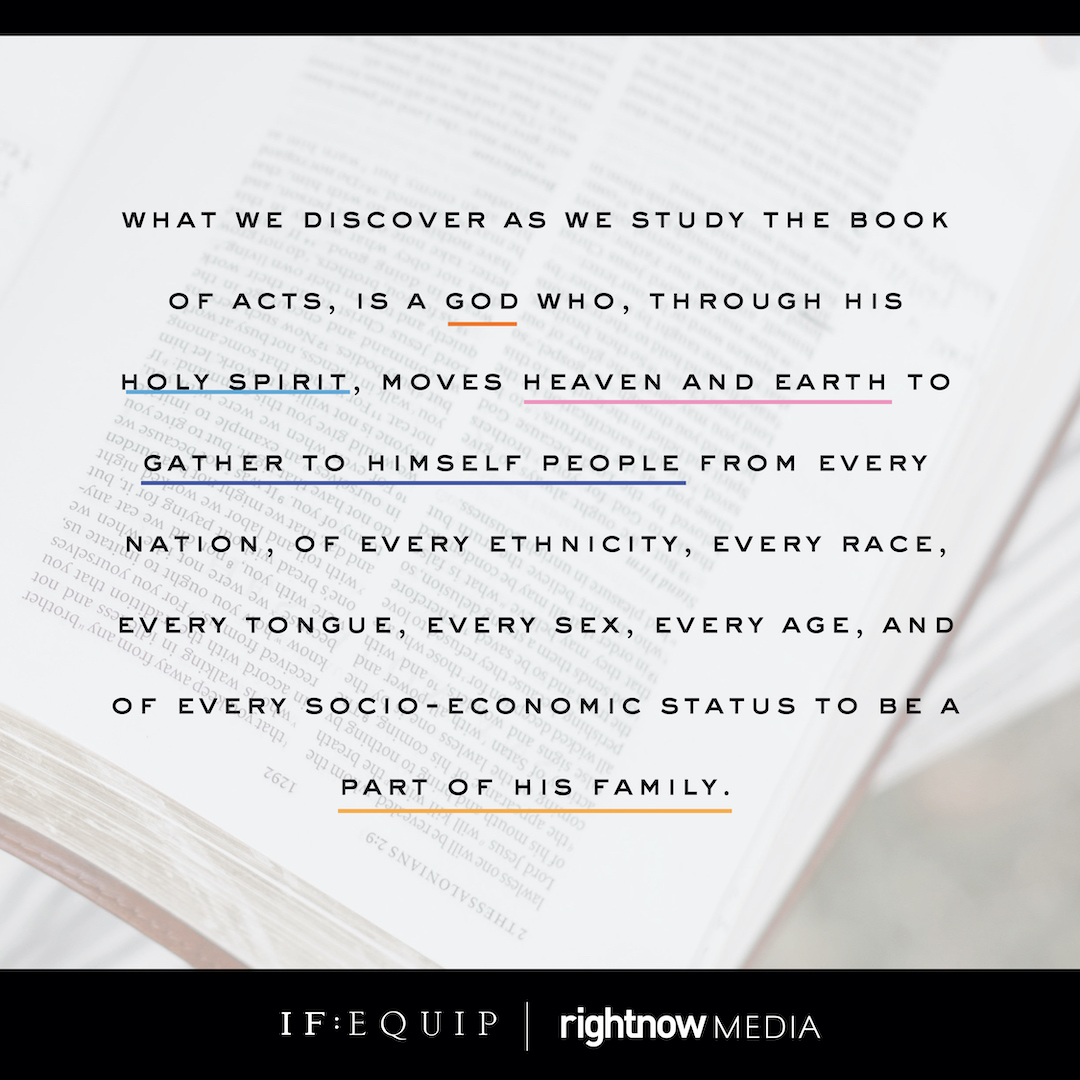 Written as the sequel to the Gospel of Luke, the book of Acts picks up where the Gospels left off: Jesus had risen from the dead, and his followers were looking to the future with hopeful anticipation. As they waited in Jerusalem, the disciples expected Jesus to finally fulfill God’s promise to restore the kingdom of Israel. God had chosen Israel out of all the peoples of the Earth to be his representatives, his ambassadors of grace to the world. But because of their stubborn disobedience, he had humbled them by stripping them of their political power and subjecting them to foreign rule for almost one thousand years. The disciples were waiting for the restoration of a kingdom. Whatever they might have expected as they saw Jesus lifted up to heaven (1:9), nothing could have prepared them for what would come with the arrival of the Holy Spirit.

Just as Jesus is the main character in the Gospels, the Holy Spirit takes center stage in the book of Acts. As the Holy Spirit moves, the people of God move. Acts 1:8 serves as a helpful summary of the entire book. With the coming of the Holy Spirit on the day of Pentecost, the disciples began sharing the good news about Jesus, beginning in Jerusalem (chapter 2) then on to Judea and Samaria (chapter 8), and ultimately to “the end of the earth” as Christians fled persecution and Paul began his missionary journeys (chapter 11 on).

As we study the book of Acts, we discover a God who, through his Holy Spirit, moves heaven and Earth to gather to himself people from every nation, ethnicity, race, tongue, sex, age, and socio-economic status to be a part of his family. It is in this book that we see the birth of what today we call the church—the people of God, separated across time and space, but united together by the indwelling of the Holy Spirit and a devotion to the apostles’ teaching, the communion of believers, and the Lord’s Supper (2:42). As we study this book, may we be reminded that the same Holy Spirit who moved on the day of Pentecost continues to move today in our lives and the lives of his people scattered all around the world.

As we study the book of Acts, we discover a God who, through his Holy Spirit, moves heaven and Earth to gather to himself people from every nation, ethnicity, race, tongue, sex, age, and socio-economic status to be a part of his family. It is in this book that we see the birth of what today we call the church—the people of God, separated across time and space, but united together by the indwelling of the Holy Spirit and a devotion to the apostles’ teaching, the communion of believers, and the Lord’s Supper.

Where can you catch glimpses of the Holy Spirit’s presence in your life?

He brings me comfort, speaks the truth in love, leads me to my new life in Christ, He gives me the strength to do all things, leads me to God’s word and in His calling on my life, He points out God in all creation and how good it is!
Thank you God for your Holy Spirit❤️

I definitely agree with what Kristen said, It is like I can feel Him when I am being convicted. Sometimes when I pray for other people and when I pray for myself and God has comforted me so much, God has showed me Himself many times and I’m so thankful. He gives me peace! I LOVE YOU JESUS!!!!!

I can catch glimpses of the Holy Spirits presence in my life by not feeling alone all the time even when I am alone and even seeing how beautiful nature is and seeing what he created for us.

In decisions I make where there are whispers of conscience if I am about to act impulsively. In times when I don’t know what to say but the Holy Spirit speaks on my behalf. In the lives of my family as they leave home and come home safely every single day. WE ARE BLESSED.

When I am convicted about my words, or hold back my words because the spirit prompts me to shut up.