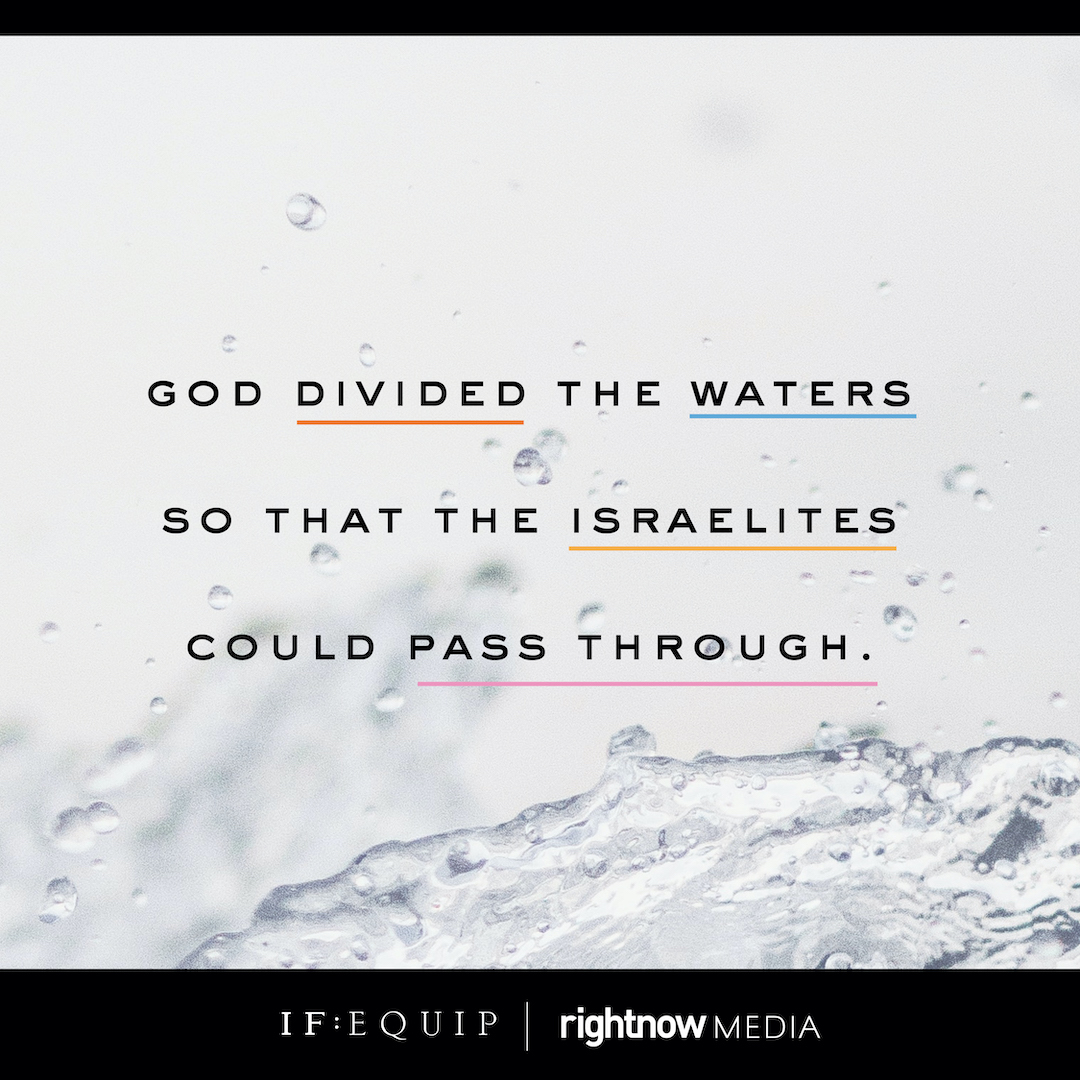 Today, let’s dig a little deeper into the first two books of the Bible: Genesis and Exodus.

Moses wrote the first book of the Bible to give Israel a history of their origin, from the creation of the world to the time of the patriarchs. The first section of Genesis reports the story of Adam and Eve and their failure to obey God’s instructions. Their disobedience brought sin upon themselves and the entire human race.

In the second section of Genesis (Genesis 12–50), Moses biographed the lives of Israel’s ancestors, highlighting key moments in their lives. In Genesis 12, God instructed Abram (his name was changed to Abraham later) to move to Canaan. He promised that he would bless Abram with a great number of descendants, along with other blessings. God promised that, through Abraham’s descendants, the people of the world would be blessed. Later on, it is evident that Jesus Christ, from the line of Abraham, would be the answer to this promise (Genesis 12:3; Galatians 3:8). Isaac, the son of promise, was born to Abraham and his wife, Sarah. Isaac’s son Jacob, whom God renamed Israel (Genesis 32:28), had twelve sons. From these twelve sons grew the twelve tribes of Israel. At the end of Genesis, Jacob and his growing family had moved to Egypt. God promised Jacob that his descendants would return to the Promised Land, the land of Canaan (Genesis 28:15).

Eventually the twelve men of Israel grew into a mighty nation, one the Pharaoh of Egypt feared and eventually enslaved. Exodus tells the story of Israel’s miraculous deliverance from slavery in Egypt. In chapter 3 of Exodus, God reveals his name to Moses—I AM WHO I AM. His name is translated “Yahweh” in Exodus 3:15. God used ten plagues to sway Pharaoh into letting the children of Israel go. However, Pharaoh changed his mind and pursued the nation until his army cornered them at the Red Sea. God divided the waters so that the Israelites could pass through. Pharaoh and his army drowned.

In Exodus, God established his covenant with Israel, engraving his commandments on two stone tablets. Unfortunately, the nation continued in their sinful rebellion and commit idolatry even as Moses received the law from God. However, God is faithful and eventually led them back to the Promised Land. Though God proved himself in this book over and over again, we find out in the book of Numbers that Israel was fearful of the people living in Canaan and refused to enter the land (Numbers 13–14). Because of their sin, God sentenced them to wander in the desert for forty years. Still, God refused to abandon them, and he gave them evidence of this truth through his presence in the tabernacle—the temporary temple where God’s glory dwelt.

Genesis and Exodus captivate us with epic stories of creation, torrential rain that led to global flooding, and massive seawaters that divided in half. As these accounts introduce us to new characters and exciting plot twists, they set in motion the overarching narrative of God’s redemptive plan for Israel and the world. They also build anticipation in us to read the rest of the story as it unfolds throughout the Bible.

Genesis and Exodus captivate us with epic stories of creation, torrential rain that led to global flooding, and massive seawaters that divided in half. As these accounts introduce us to new characters and exciting plot twists, they set in motion the overarching narrative of God’s redemptive plan for Israel and the world.

Where do you see evidence of God’s redemptive plan in your own life? What stories particularly stand out? Although we are centuries and cultures apart, how are the ways God is working in your life similar to how he acted during the times of Genesis and Exodus?

I see God’s redemptive plan in so many areas of my life. One has been the restoration that He has done in my life through forgiveness. He has not only forgiven me, but He has shown me how to forgive to others. Through that forgiveness, relationships have been restored and my heart has received healing. I believe that God is still the creator and redeemer of my life and soul even today. No matter what I face, whether in times of feast or famine, on the mountaintop or in the valley, He is there. He is the God of the rescue and willingly does so in my life over and over again.

God bless your strength. I pray for more but my eyes are blind. I will pray for you an ask for your prayers. Thanks for sharing

I love the story of the Red Sea and how God stood by the Israelites and how today He graciously stands by each one of us. Reflecting back in my life, our son was killed by 2 young men, it took me time to forgive but by the help of God’s healing in me, forgiveness came and today because of this, my husband and I can walk beside others who suffer the loss of a child. God uses us for His Good.

My heart melted when I heard that your son was killed, anytime I hear something like that I always think to myself "That child could of had so much potential in life". I’m so sorry that happened, May God Bless Y’all!

This is such a heart-wrenching story and I am so sorry for your loss. I am so grateful to hear that you were able to forgive those men through the grace of God. That can be such a challenging thing to do, but through God all things are possible. I am so encouraged to hear that you are now able to use your experience for good. Praise God.

Every time I hear of losing a child my heart takes a nosedive. I fight forgiveness. How courageous of you both to lean on the strength of our God. Be blessed

As I look back on my life, I see a very rebellious person, one who knew of God but that was it. I was in the desert for most of my life, but not any more. He is molding me, changing me, leading me to the Promised land.

I can definitely relate to that. I became a Christian when I was 9 years old, but I don’t know that it was really a conscious choice of mine until I was in high school. And then when I got to college, I kind of lost my way and took a break with God. In the last couple of years, my faith has grown a lot and I’m trying to get to know God on a much deeper level than I did before. I hope and pray we both continue to feel led and changed by God through this journey of life!

I see God’s redemptive plan in my life every time I fall short. Through Him, I am slow to anger and be grateful for everything He has put in my life.
What stands out to me is the Israelities complaining the whole time while they were wandering in the desert. They wanted to go back to Egypt where they thought it was better being under a ruler who gave them shelter and food than obeying and being in the presence of God. They continued to see God’s work and they still did not believe.
He continues to be there for me during good and bad times. He wants an intimate relationship with us. He continues to love us when we don’t deserve it. He never fails.