We Are Fully Seen by Jesus

And when Jesus came to the place, he looked up and said to him, “Zacchaeus, hurry and come down, for I must stay at your house today." 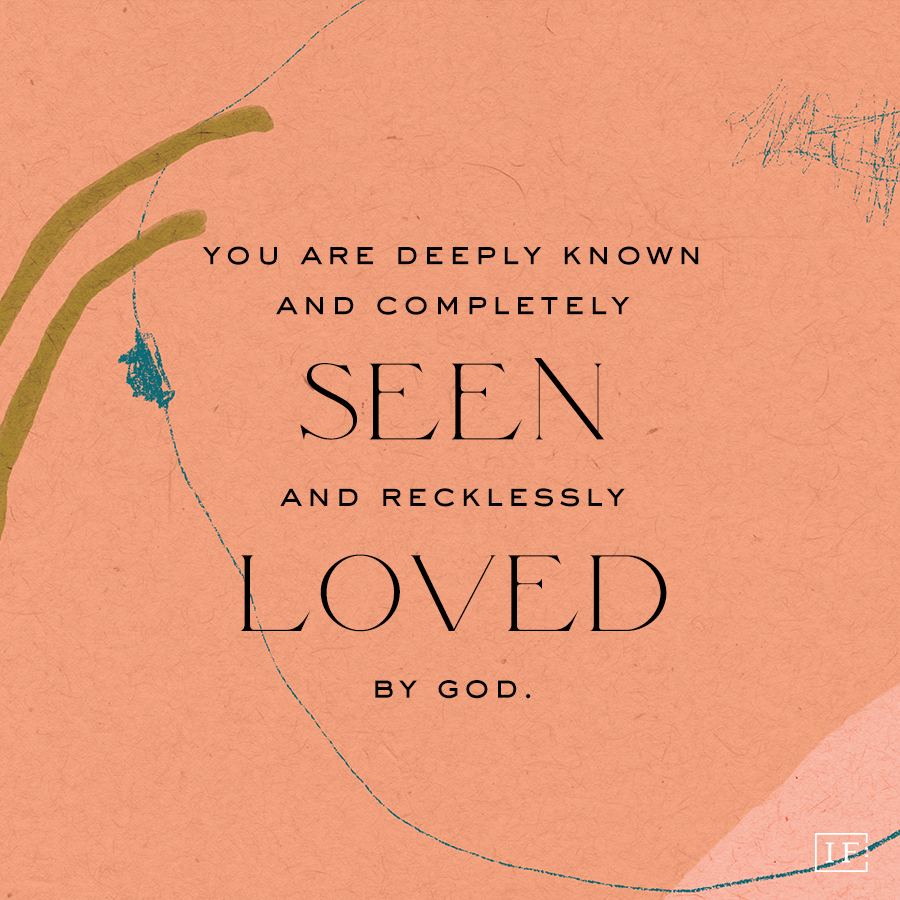 There once lived a man named Zacchaeus, now known infamously through our children’s songs as a “wee little man.” However, back in his day, his height wasn’t the main characteristic he was known for. Outwardly, he had it all—the highest position he could attain in his career and a bank account that showed it. He had all the things the world had to offer, yet some discontentment was stirring within. Everywhere he went he could hear the people grumbling behind his back and see the faces that barely disguised their disgust. There’s Zacchaeus, he hears faintly, that traitor to his own people. There’s that thief who enforces unfair laws and steals our hard-earned money to line his own pockets.

Just one chapter before, we learn of Zacchaeus’s story, Jesus told several parables. One of them was about a tax collector and a Pharisee, a group of people who were particularly pious and focused on strict adherence to the law. In this parable in Luke 18:9-14, Jesus compared the prayer of the Pharisee with that of the tax collector. The former gloated and thanked God that he was not like other sinners, while the latter was anguished by the depth of his sin and begged God for mercy and forgiveness. Jesus exclaimed that it was the tax collector, whom both the Pharisee and the tax collector himself labeled a sinner, who was justified before God. A few verses later, in the same chapter (Luke 18:18-29) we are told the story of the encounter Jesus had with the rich young ruler. Jesus told this rich man to give his possessions to the poor and seek the kingdom of God, which caused the wealthy man to leave Christ’s presence heavy hearted. Jesus responded by saying, “It is easier for a camel to go through the eye of a needle than for someone who is rich to enter the kingdom of God,” and “what is impossible with man is possible with God” (vv. 25, 27).

Perhaps Zacchaeus heard of these events. Whatever the case, he had a great desire to see Jesus. And in that desire to see Jesus, his world changed. Because Jesus saw him. He called him by name, “Zacchaeus, hurry and come down, for I must stay at your house today.” The people again grumbled around him, “He has gone in to be the guest of a man who is a sinner” (19:7), but this time all their grumbling faded away because Zacchaeus was seen by Jesus. The stories Jesus told just before his encounter with Zacchaeus illustrate this. We can see that Jesus was ready to meet this chief of tax collectors, perhaps in some way preparing his heart to accept the good news Christ had to offer. Zacchaeus accepted readily and whole-heartedly, declaring that he would give half of his possessions to the poor and pay back four times the amount he stole from others. Indeed, what is impossible with man is possible with God.

What would it mean for us if we truly understood what it means that Jesus sees us? We have a Savior who identifies Himself in Luke 19:10 as the Son of Man, who is also the Son of God, who comes to seek and to save the lost. He knows us because He created us and because He lived among us. May your hope today be that you are deeply known, completely seen, and recklessly loved by God. May the depth of Christ’s love for you compel you to be fully who you were created to be and not be afraid to be seen by Him. During this Advent season, in the midst of the hustle and bustle, let’s take the time to give ourselves the gift of presence with Christ. Take time to share with Him all the nitty gritty parts of us, little and big things, allow Him to know us, redeem what needs to redeemed, and in turn, for us to know His deep and wide love for us. May we have the courage to be fully seen and fully loved by Jesus.

In what ways do you feel fully seen by Jesus? In what areas do you need to acknowledge that he sees you and loves you?

I feel fully seen by Jesus, especially during quiet times when I read his word. What I need to do is remember that he is always with me in everything I do from being a mother to simply cleaning out the garage. I need to acknowledge him always in my life, because He is always there.