Then he said to them, “My soul is very sorrowful, even to death; remain here, and watch with me.” 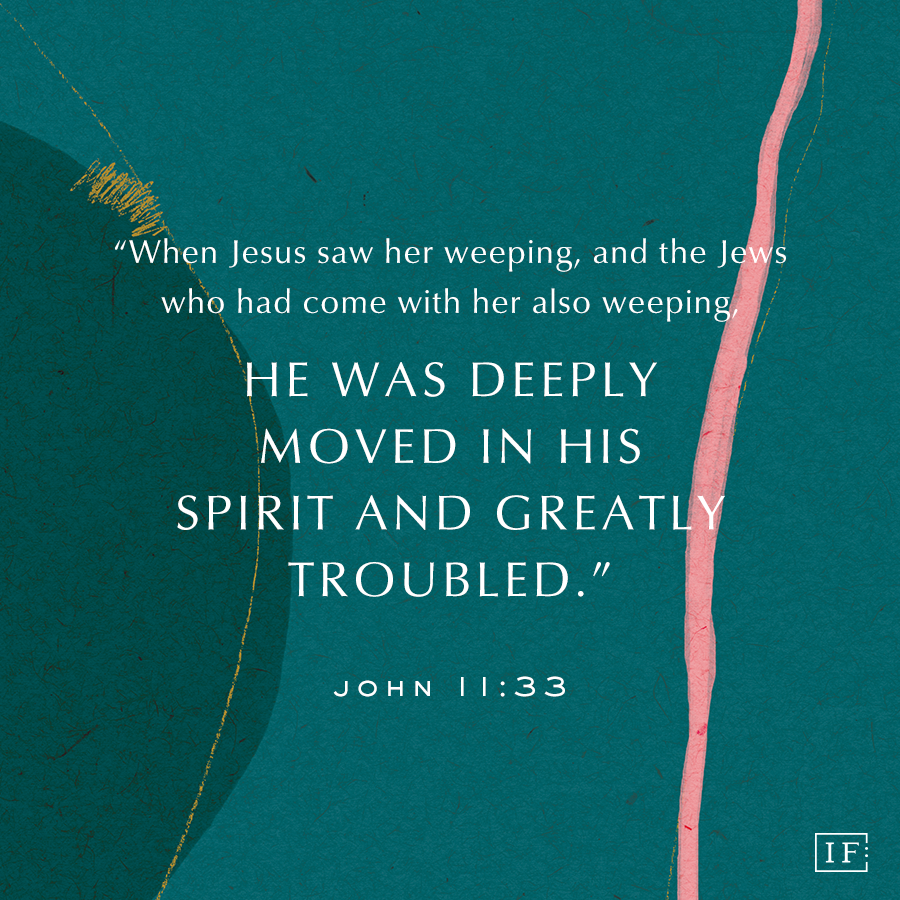 It didn’t make sense. He knew that in just a few minutes He’d see his friend again. All it would take would be three little words, “Lazarus, come out,” and he would. Even still, “Jesus wept.”

Most us are probably familiar with this verse, “Jesus wept.” Maybe it was the first verse we ever memorized as kids. Or maybe we’ve heard it in sermons or devotionals. As verses go, this one tends to get a lot of attention not for its theological weight or pastoral significance, but for its modest size, its undeniable “littleness.” And while “Jesus wept” takes the prize for being the shortest verse in all Scripture, it is also one of the most profound.

This little verse comes nestled in the midst of a big moment. Jesus had been traveling when Mary and Martha had sent word that their brother Lazarus was sick. Now “Jesus loved Martha and her sister and Lazarus”; still, when he heard the news about Lazarus, John says “he stayed two days longer in the place where he was” (John 11:5-6).

Two days longer? Jesus had said Lazarus’ illness would not lead to death. He said it would be “for the glory of God, so that the Son of God may be glorified through it” (v. 4). But to delay two days longer? It seems disinterested, cold. When Jesus finally arrived at Bethany, Lazarus’ hometown, His friend was dead. Jesus had tarried too long. When He called for Mary, John tells us she came to Him, fell at His feet, and said, “Lord, if you had been here, my brother would not have died” (v. 21).

the weight of the world

We read Mary’s words and it’s hard not to hear them echoed in our hearts. Like Mary, we know the crushing weight that comes with life in this world, a world where death and loss and sorrow are a part of everyday life. So, even though we know what Jesus had said, and even though we know what He will eventually do—raise Lazarus from the dead—we can’t help but be moved by this moment. And it’s in the midst of this moment that we find those two little words: “Jesus wept.”

When Jesus saw Mary weeping, “and the Jews who had come with her also weeping,” John tells us “he was deeply moved” (v. 33). Moved but not weeping. It was only after they showed him the tomb that John tells us He wept. It’s the most baffling part of the story, that Jesus—the God-man—who could overthrow death with the strength of His word, who knew Lazarus would be raised from the dead, was so moved at the sight of the tomb of His friend that he wept.

It doesn’t make sense. It doesn’t make sense that two little words could display so much beauty. But the truth is they do, because in them we find the beauty of the incarnation. The beauty of a God who loved His creatures so much, He became a man: Jesus, the God with tear ducts. Jesus, the God whose infinite power does not rob Him of his immeasurable compassion. And this Jesus, the God who welcomed Mary in her moment of deepest grief, welcomes us too. He understands. He cares. And because that’s true, we can have peace even in the midst of our deepest sorrow.

How have you seen God meet you or someone you know in the midst of pain, disappointment, betrayal, or loss?