Jesus is the Messiah

And Jesus said, “I am, and you will see the Son of Man seated at the right hand of Power, and coming with the clouds of heaven.” 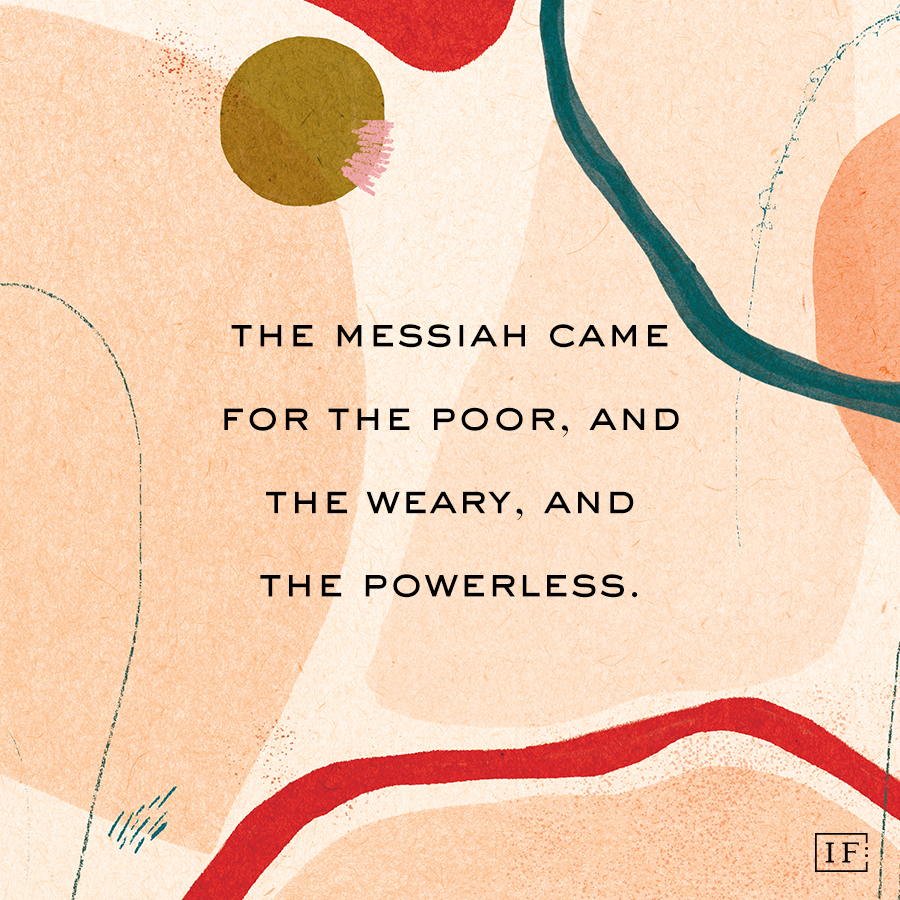 Advent is a season of hopeful expectation. It reminds us just how good waiting can be. And the whole world seems to agree. Commercials promise us the coming of a perfect Christmas morning if we’ll just buy their products. Made-for-TV movies remind us something magical is always just around the corner. But waiting can be hard. And waiting can make the heart grow weary.

More than seven hundred years had passed since Isaiah had prophesied of One who would come to rescue God’s chosen people, Israel. Over the course of those seven hundred years, the people of Israel had waited. They’d waited as their kingdom, which had once stood as a symbol of God’s provision and promise, fell under the force of oppressive political powers. They’d waited even as they watched their temple, the physical representation of God’s presence among them, be desecrated, plundered, and destroyed. And if that were not enough, they’d waited as they were uprooted from their land, forced from their homes, stripped of their freedoms, and exiled to foreign lands. For seven hundred years, the people of Israel had waited, knowing all too well the judgment Isaiah had foretold, but they knew far too little of the Anointed One, the One they called Messiah, the One who would bring redemption and deliverance once and for all.

The people of Israel knew trauma. The trauma of slavery. The trauma of war. The trauma of displacement. By the time of Jesus’ arrival, the Jews had not known freedom from oppression for almost thirty generations. So we can imagine that when Jesus entered the synagogue in Nazareth that Sabbath day, He was surrounded by people whose hearts and spirits were weary. Weary of waiting for relief and liberation. Weary of hoping.

And the reality is, while most of us will probably never know what it means to live under the subjugation of an oppressive regime, we all know what it means to live in a world that’s broken. A world where injustice and heartbreak and disappointment are not the exceptions but the rule. We feel it in broken relationships—with our friends or siblings or parents or spouses. We feel it as we wait in doctors’ offices and hospital rooms—through diagnoses and chemotherapy treatments and inconclusive lab results. And we feel it every time we’re passed over yet again— for jobs or promotions or recognition or dates. Try as we might to chalk it up to a bad day, or month, or year, eventually, even the most resilient of us become weary.

But that is precisely what made the coming of the Messiah such good news, both for Israel and for us. Israel’s Messiah came for the poor, and the weary, and the powerless. That is as true today as it was 2,000 years ago.

Jesus is the Messiah, who has come to bring good news of liberation, to exchange blindness for sight and oppression for freedom. It is what He came to fulfill for the people of Israel, and it is what he offers to us still today. Israel’s Messiah was their very hope, and because hope arrived more than two thousand years ago, hope is still available to us today. Hope has a name, and His name is Jesus.

Where have you lost hope? What area of life do you doubt God will ever change or heal?

I haven’t lost hope, but I keep praying that my family will come to know you, Jesus, personally. That they will ask you into their hearts and give their lives to you.

I have neuropathy and frostbite in my feet, which has gotten better, but is still an on going issue… I also have arthritis in my hands and wrists. It would be great if God healed me of these things, but I won’t hold that against him if he doesn’t.

You are seen and prayed over

I fear our world will never be as it was a year ago! I know God has a plan!!! I truly know but still I fear!

I am struggling to have hope in seeing my brother know and love Jesus. I heart aches for him and his family. In the midst of my hopelessness I choose to keep on praying and believing that God can change his heart.

Right when COVID started I believe God showed me some areas of my life that needed healing and that I have been avoiding. Through intense spending time with God and good advice from a godly friend I was able to make it through it. It was painful, but afterwards I have hope.

I think I have settled for living life alone. Not that being single is bad or even that I have a burning desire to be in a relationship, but I am not sure that I have accepeted this circumstance because I believe it is God’s will for me or because I have just given up. I have been divorced for over 20 years. I never imagined going through life, now I am in my mid-fifites, alone. I am not sitting waiting for someone to show up, I am actively serving and I realize that I have a greater capacity to serve becuase I am single and I the fullness of life I feel as I serve others si indiscribable. But if I am completly transparent, I didn’t go all in to serving because I had a burning desire to serve, I started serving because I lost hope of sharing my life with someone. Please God heal the broken place that feels like even after all these years it is a fresh wound.