And she gave birth to her firstborn son and wrapped him in swaddling cloths and laid him in a manger, because there was no place for them in the inn. 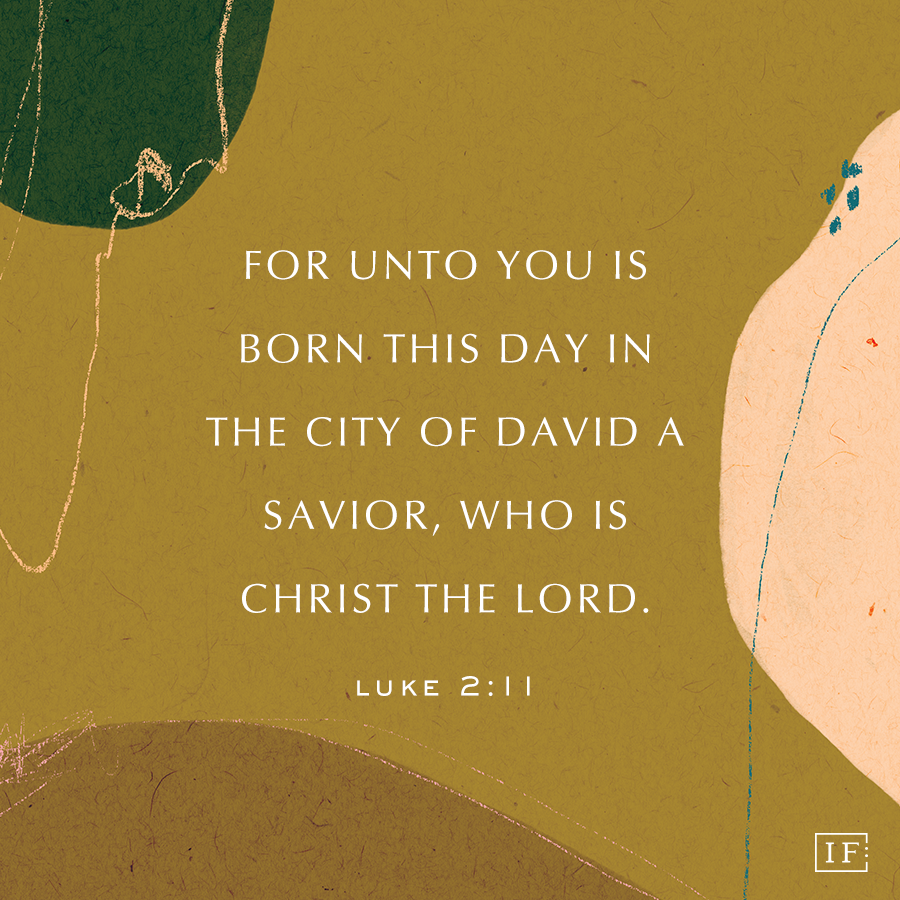 Merry Christmas! Close your eyes and take in the sounds and smells. Maybe you have a favorite candle burning or a fire crackling in the fireplace. Kids rip wrapping paper. Well-loved carols play in the background. The scents of cinnamon and vanilla fill the air. You might be snuggled under a favorite blanket, drinking in this special day.

When we imagine the first Christmas, we picture such a different scene. In Luke 2, we read,

Joseph also went up from Galilee, from the town of Nazareth, to Judea,
to the city of David, which is called Bethlehem, because he was of the
house and lineage of David, to be registered with Mary, his betrothed,
who was with child. And while they were there, the time came for her to
give birth. And she gave birth to her firstborn son and wrapped him in
swaddling cloths and laid him in a manger, because there was no place
for them in the inn. (vv. 4–7)

After a long, exhausting journey, Mary’s labor contractions started. With no comfortable bedroom or even family nearby, it dawned on them that this was it—the baby was coming! Childbirth brought great joy but also fear. There’s nothing tidy about bringing a newborn into the world. Through blood, sweat, and cries of pain, Mary gave birth to Jesus in a makeshift bed and laid Him in an animal trough. If Mary could have planned her preferred birth experience, it likely wouldn’t have been the manger in Bethlehem.

But you know what Mary had? Assurance that God was with her. Nearly a year earlier, Gabriel visited Mary too. When he told her she would conceive and give birth to a Son, she also responded with a question, “How will this be, since I am a virgin?” (Luke 1:34). Unlike Zechariah, her response came from confusion, not doubt. This had never happened before. She had no example to look back on. Gabriel didn’t rebuke her but gave her the requested sign. “Behold, your relative Elizabeth in her old age has also conceived a son, and this is the sixth month with her who was called barren. For nothing will be impossible with God” (vv. 36–37). And Mary responded, “Behold, I am the servant of the Lord; let it be to me according to your word”(v. 38). She chose to trust God.

a god we can trust

Like Mary, God doesn’t ask us to blindly trust Him. He has given us His Word and thousands of years of history proving His faithfulness. In Jesus, He has given us the ultimate sign that He will keep His promises to us.

If this Christmas morning finds you soaking up the love of family and friends, praise God for it! See it as a sign pointing to God’s goodness and how He intended the world to be. He designed families to be whole, a place for loving one another.

But if this Christmas finds you in pain and tears, retell yourself the story of Christmas. Mary labored, cried out, and shed tears, but she knew God was with her. She was not alone. God had given her a sign and she chose to trust Him. He has given you a sign as well. If you’re looking for a sign that God loves you and is with you—Jesus is it. Christmas morning marks when God invaded our broken world to be with us. Your heartache isn’t getting in the way of you having a picture-perfect Christmas. It is the very reason Christmas exists.

How does it comfort you to remember that God is with us? How is Christmas a reminder of God’s love for us? Spend some time thanking God for the incredible gift of his Son.