God Will Never Give Up on Us

I have set my bow in the cloud, and it shall be a sign of the covenant between me and the earth. 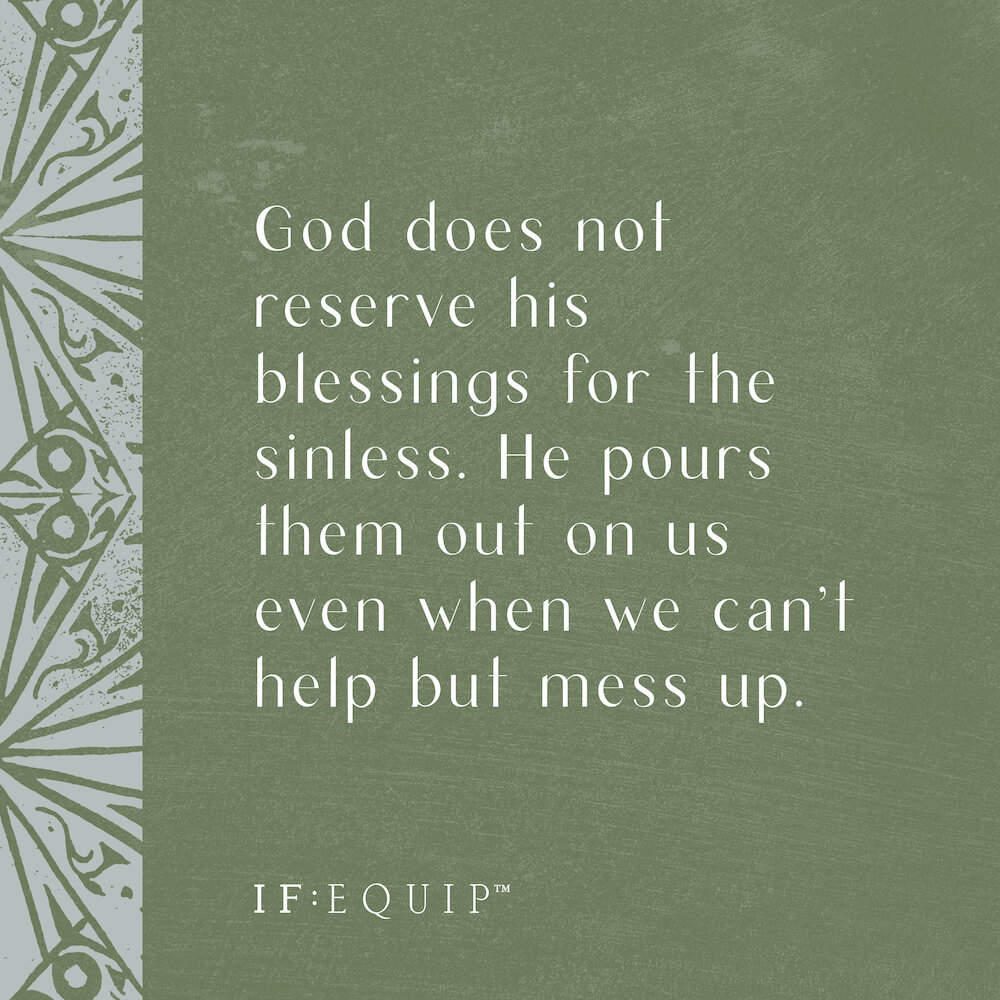 We can only imagine how Noah and his family must have felt as they finally stepped out of the ark and into the world. Almost a year had passed since their feet had touched steady ground. The world they knew had been washed away, and the world they were stepping into must have seemed strange and lonely.

Although we are not told what Noah was thinking or feeling as he made his way out of the ark, we do know that he recognized God had saved him. We know this because when Noah left the ark, he built an altar to God (Genesis 8:20). God was pleased with Noah, and in receiving his worship promised to “never again curse the ground because of man” (Genesis 8:21). The land bore the curse when Adam and Eve sinned in the garden; it was the land that had absorbed God’s judgment when humanity had given themselves over to wickedness (Genesis 3:17; 6:11–13). But from this point forward, the land would never bear the curse of sin again.

God turned to Noah and his sons and gave them a blessing and a mandate: “Be fruitful and multiply and fill the earth” (Genesis 9:1). If this sounds familiar it’s because it should. Because in this blessing and mandate, we see a mirroring of Genesis 2. God is remaking his creation, but unlike before, where he blessed a man and a woman who knew no sin, here he blessed these men even in their sin. And isn’t that the best news? God does not reserve his blessings for the sinless. He pours them out on us even when we can’t help but mess up.

Just to assure Noah that he can be trusted, God sealed his blessing by making a covenant. Although we call this the Noahic covenant, its benefits reach well beyond its namesake. And in this way, it is unique among the covenants, as God commits himself not only to Noah but to his descendants after him, and to every living creature on the earth. God would never destroy the earth by flood again, and to mark his commitment to humanity and all of creation, he gave a sign—a rainbow.

The Noahic covenant is a unilateral covenant, which means God entered into this commitment requiring absolutely nothing of his creation. In doing so, this covenant re-established what was already true of God’s relationship with the world. God is the giver and sustainer of life—all life.

In the Noahic covenant we see God promising to be faithful even if humanity is not. And just as that was something Noah and his family could count on back then, it is also something we can count on right now. The good news of the Noahic covenant is that when we are faithless, God is faithful. When we are sinful, he is merciful. God will never give up on his creation. He will never give up on us.

We live in a very broken and sinful world. It all around us, as well as within us. God knew this. He knew what would become of his creation and the people he created but yet he still had a plan. He still gives grace and mercy that we don’t deserve just like he gave grace and mercy when he said he would never destroy the earth by a flood again. It’s easy to look outward and see the sin of the world but repentance starts with us and our home. God forgave me and made that promise to me and now I must go out into this sinful world and love like God did

I am feeling a little down today. I would appreciate any prayers….

I hope your feeling more loved today then yesterday. Bless you sister!

Hi Laurel, praying Gods live will meet you where you are and lift your spirit with his beautiful promise of peace.

Thank you so much!

Romans 15:13- May the God of hope fill you with all joy and peace as you trust in Him , so that you may overflow with hope by the power of the Holy Spirit. It really helped me to memorize and think on this verse. Praying for you.

Dear Laurel, I pray that God will give your spirit a boost ! May He cause His face to shine upon you and bless you with peace and comfort. In Jesus’ name Amen!

Amen May Gods Peace and Comfort surround you …

I’m always in awe when I see a rainbow! It usually comes after a storm. Once again, the shades of the light of God over the darkness of the world. Gen 6:16 says” I will look upon it to remember the everlasting covenant between God and every living creature of all flesh” That gives me hope that His sign reminds Him of His loving commitment to us in our storms of life.

I’m always in awe when I see a rainbow! God’s shades of loving light over the darkness of a storm.
Gen 9:16, “ I will look upon it to remember the everlasting covenant between God and every living creature of all flesh” It gives me hope that His sign reminds Him of His love for us in our storms of life. He is good regardless of the darkness of the world.

His promise and commitment to me, challenges me to want to sever him better. I’m a sinner saved by his love. So I will mess up, but knowing Gods commitment to me makes me want to do better to walk stronger in him and with him.

I am humbled by how God has committed to forgiving and loving me no matter what. I need to take a deep breath and have that same love and forgiving spirit with my children. I often fly off the handle and am not very patient and forgiving. I have 3 teenagers. However, my oldest is almost 20, so I do see the light at the end of the "teen" tunnel. I really have to dig deep and ask God to help me give them grace and not to be so quick to speak, but to be quick to listen.

Our world today is broken and there is so much sin present in our every day lives. From the news to social media, we are exposed to sin and corruption with the touch of a finger. With all of the sin, I know that God is still there and He has a plan for all of us. I will admit that sometimes I get caught into the ways of the world, but then I think about all of my wonderful blessings that God has bestowed in my life, and all the sin and negativity fade away from my mind. It is hard to be a Christian today and to spread God’s word to others when so many are lost and have turn their backs completely away from Jesus.

It is a wonderful thought that God has committed Himself to us even though so many of us have not committed ourselves to Him. It challenges me to live in this world according to His plan for my life – I’m not always successful at that, but I am seeking Him and do have a desire to follow Him. The problem is, this world isn’t going to change for the better until those who seek Him and His way outnumber those who don’t.

If God can continue to love even the WORST of sinners, then can’t I love my enemies? God, I am so quick to judge and write people off. Who do I think that I am? Are not I unworthy and yet you love me unconditionally. Thank you Lord for that kind of love and for always being the perfect example. I want to follow in your footsteps

God is always there in the pain, chaos, valley’s and loses. We can count on these hardships to happen. But we have a greater God who is compassionate and is with us each step of the way. We need to be a light in the world… Providing hope and pointing to God’s glory, goodness and faithfulness.