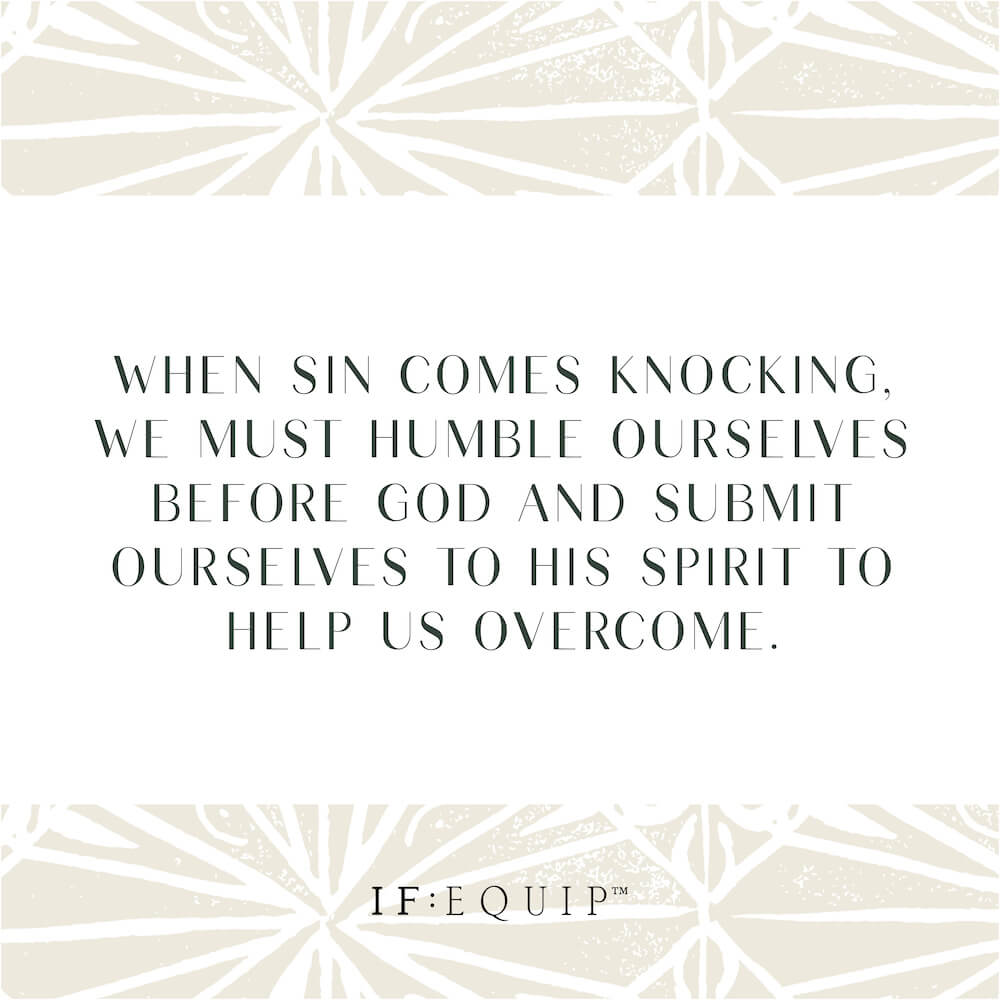 I am continually amazed at God’s faithfulness and mercy! I am comforted by the fact that when temptation comes, scripture says He provides a way out. May I not be so blinded by my sin that I fail to see the way out which God has so generously provided!

Sin still happens, sometimes very easily, before I realize I am doing something I shouldn’t be doing. That God could forgive David of his sins tells me that God can forgive me of my sins. I like to say my sins are less than David, but in the end, sin is sin no matter how "bad" it is and we need forgiveness. I’m so grateful that if I repent, God will forgive all my sins. He will also always give a way out of committing a sin. Sometimes I listen to Him and sometimes I don’t and sin anyways. Then I feel bad because I know I should have done things differently. Repentance again. Forgiveness again. Thank you God!

Thinking about the big picture of David’s life and God’s faithfulness to him gives me ultimate hope for my life and hope for those I love. His faithfulness in my life is truly humbling. And a reassurance in my daily walking with God that He will be right there ready to guide me in His ways or back to His ways when sin comes creeping around. Praise be to our Lord and Savior Jesus Christ. Amen.

I’m so grateful that God is willing and ready to forgive me of my sin and failures.

David story reminds me that Gods truth is greater than my failures and his word is firm even in failure and that I have the chose to work through it to transform myself form it. I remind myself that God does not want us to be like his son Jesus but to follow him and his ways. In this I find peace.

Even when I fail, God will always be faithful. Our falls and mistake can’t reverse God’s promises to us. It’s an assurance knowing that my imperfect nature can’t undo His Covenant with me!
He will always be with me and never forsake me!!
How marvelous it is to really understand His faithfulness and His abundant grace!

God’s faithfulness to David in spite of his failure comforts me because it lets me know that God’s love for me is not dependent on how well I do in life or how much I stay away from sin. When I sin, I feel it, and I feel horrible, because I know I’ve separated myself from God and I’ve failed Him. However, just as 2 Timothy 2:13 says, God is faithful to us even when we are unfaithful to Him. He cannot deny His faithfulness, and that’s just how amazingly good He is. I’m so thankful I serve a God whose love is completely, 100% unconditional. That even when I mess up, I don’t have to stay stuck in it, because He loves me and makes me new each day. Thank You, God, for Your unfailing love!

It baffles me. That God still loved & blessed David just the same. Yes, there was major consequence for what he did. But he was still called a man after God’s own heart. And he was still in the lineage of Christ. It truly amazes me how gracious our Lord can be. God, I know I am not perfect. I have not sinned to the extent David did, but you Lord know the things I’ve done. And if you can be faithful to David I know you will continue to be faithful to me. May that change how I live every. Single. Day.

When temptation comes and I think I can handle it I always fail. When I bring my temptations to God and ask for His Holy Spirit’s power and way to escape, I find the way out! This is the beauty of God’s faithfulness and His provision! He’s right there to help, we just have to ask for it, and He WILL provide a way to escape!!! What a wonderful God we have!!!

I know that God wants us not to sin not because it means he’ll turn his back on us but because of the consequences it brings. And even though our sin hurts God, he still remains faithful to His promises.