He chose David his servant and took him from the sheepfolds. 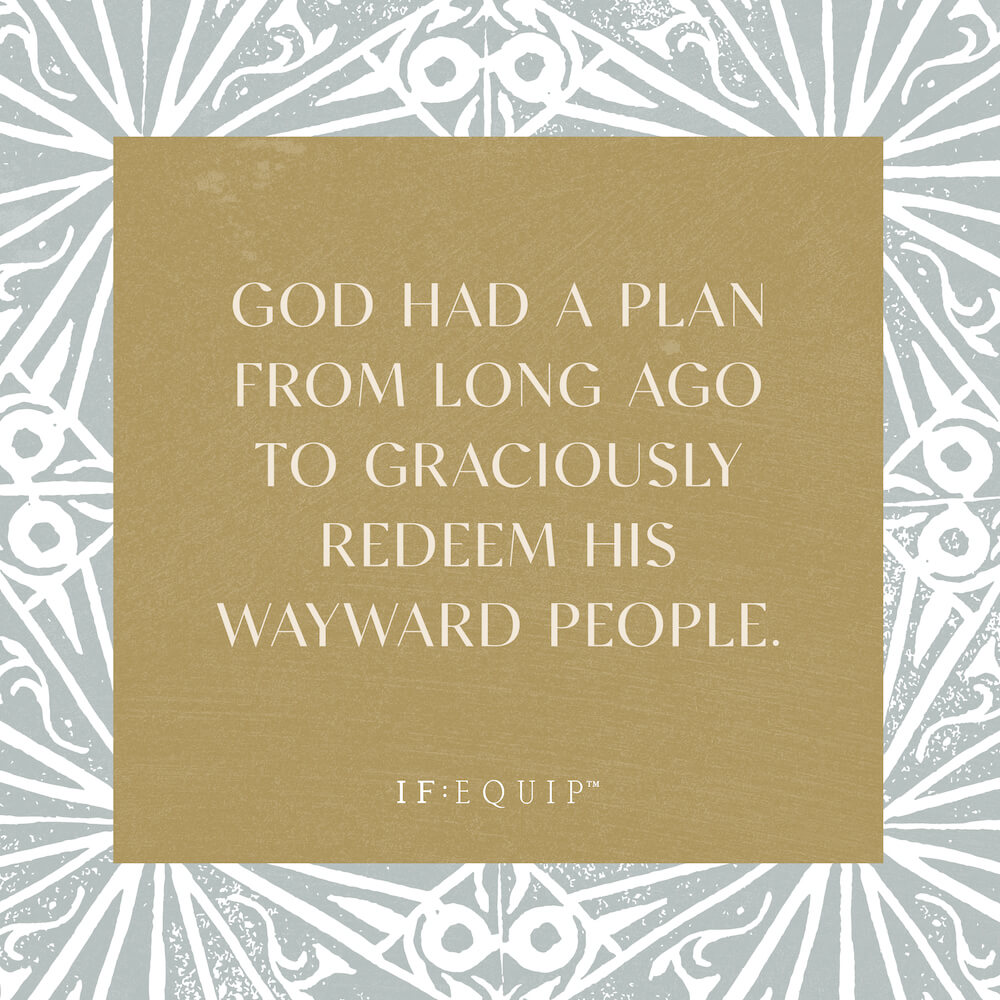 When Samuel was sent to find Israel’s new king from among the sons of Jesse in 1 Samuel 16, God gave him this one command: do not focus on what he looks like, because I know the state of his heart. So, when God revealed that it was David who would be the next king, Samuel may have been a little confused— David was the youngest and smallest, a simple shepherd boy—but Samuel anointed David, showing trust in God’s wisdom and plan.

The Bible doesn’t tell us whether Samuel knew that this decision would have eternal messianic implications for the redemption of mankind. But the beginning of Matthew’s Gospel emphasizes how David’s kingship was a part of God’s plan to call a people to himself and to bless the nations through them, the plan he set into motion when he called Abraham to follow him.

As we read the list of names in the genealogy at the beginning of Matthew, we may be tempted to skim over it to get to the “good stuff,” the stories about Jesus and his life. But let’s not miss the rich beauty that is woven into this genealogy. The word “genealogy” comes from the Greek word genesis, which means beginning or origin. The genealogy in the first chapter implies that, much like the book of Genesis, the book of Matthew is a book of beginnings; God is doing something new among his people.

And Matthew sets the stage for this new beginning by detailing this list of ragtag men and women—liars, prostitutes, adulterers, and foreigners—that led up to “Jesus Christ, the son of David, the son of Abraham” (Matthew 1:1). Matthew established Jesus’s messianic identity by demonstrating how his lineage was intertwined with the covenants God made with Israel. When Matthew called Jesus “the son of David,” he linked Jesus’s identity to the Davidic covenant and the promise that David’s offspring would have an eternal throne. Then, he linked Jesus to Abraham and the promise that Abraham’s descendants would be a chosen people set apart to bless the whole world.

In doing so, Matthew shows how God had a plan from long ago to graciously redeem his wayward people. From the promise to Abraham of a chosen people to the promise to David of an anointed ruler, God was setting apart a people for himself through whom he would send a Messiah, the anointed one, who would rescue his people from their sins.

How does it encourage you and challenge you to see the connections between the covenants we’ve studied and the list of names in the genealogy? What does it say about God’s character?

Faithfulness is God’s character. He has and will continue to show is love for His people and His glory for eternity. What I might see in my life as insignificant moments, deep sorrow, and unmeasurable joy I have faith that God will use and weave it into His story. I trust in His faithfulness.

Loyalty or faithfulness come to mind when I think about God’s character. The times that I have been lost, Jesus has always been there for me and pulled me out of the darkness.

God will be faithful to complete his work. He will stay true to his word in all circumstances.

It shows that God is faithful to His promises. He will bless generations upon generations because of someone’s faithfulness. It challenges me to think just beyond myself – how my actions and the way I live my life will affect others around me and people who come after me. I am grateful that God is so faithful, but it reminds me to be faithful to Him, as well.

God is faithful to His Word!
When we pay attention to what type of people are in it we see how gracious God is and that He is not interested in our ‘pedigree’, He looks at our hearts so no matter where you are coming from there is always a seat at the King’s table for you!
Isn’t it awesome!!

God works out His plan despite human error or meddling. God is willing to use anybody that turns their heart (priorities, attitudes, goals, etc.) over to Him. That’s awesome news – it gives us all a chance! Every single one of us. Everyone!

What I got from today’s verse….
“Graciousness for a wayward people” even those who worshipped false Gods …..that really shows me how anyone that is on my salvation prayer list- the ones in my family who I CANT IMAGINE, turning toward God….even those , especially those….Gods mercy and Grace will pursue them to their last breath- and even after! (My close friends husband was an atheist , he died and 30 min later, “woke back to life” declaring THERE IS A GOD! Tell my children…THERE IS A GOD!! (He went in and out of Heaven describing what he saw for 3 days before passing…! Soooo…. No one is beyond (even after death!) getting a chance to “really see” and say yes to God!

God is forgiving, a living and loving Father
Jesus magnifies me when I admit my sins
And ask forgiveness
A man of my own heart
“I have sinned and fall short of the glory of God” Romans 3:23

It is so amazing. I love seeing David’s name in the line up. Especially after doing this week’s study.

It says that God is working out details so far ahead of us and yet he still cares about the small day to day things we pray about.