And in your offspring shall all the nations of the earth be blessed, because you have obeyed my voice. 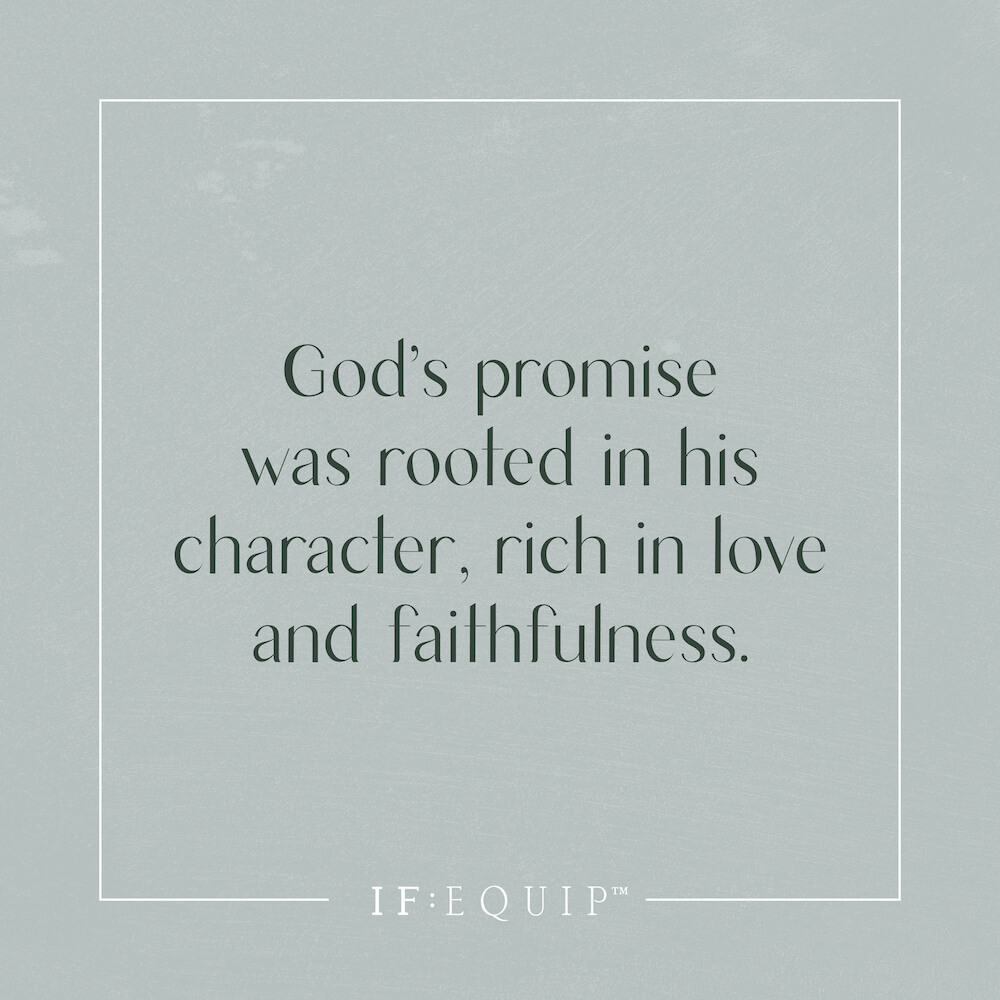 What do you think of when you hear the word “covenant”? For some, it may bring pictures to your mind of your wedding day, when you and your spouse pledged yourselves to one another in the covenant of marriage. You may have spoken vows aloud in the presence of many witnesses, pledging to spend your lives dedicated to love and cherish one another until death do you part.

In 2 Samuel 7, we find God making a covenant with David. Unlike a covenant of marriage, though, God’s pledge to David wasn’t in response to any vow from David or conditional upon David’s performance at all. The covenant with David was unilateral, like the ones with Noah and Abraham. In fact, God knew David would fail to uphold his side of the arrangement. But God’s promise was rooted in his character, rich in love and faithfulness.

Sometime after David was anointed as Israel’s king, God gave Israel rest in the land from all of its enemies. In this time of peace, David resolved to build a house for the Lord to dwell in among his people. But God rebuked David and reminded him that throughout Israel’s history and David’s own life, his presence had been with his people. Then, he made a promise to David: he would establish David’s house—his legacy and dynasty—for eternity.

This messianic promise from 2 Samuel 7 is a pivotal moment in the history of salvation. God revealed his purpose for David’s family, that through his lineage God would accomplish the plan he set into motion when he pledged to bless the nations of the earth through Abraham’s descendants (Genesis 22:18). The 2 Samuel passage is often referred to as the Davidic covenant. Though the word “covenant” is absent from the text, it is confirmed later in Scripture, specifically in Psalm 89:3–4: “You have said, ‘I have made a covenant with my chosen one; I have sworn to David my servant: “I will establish your offspring forever, and build your throne for all generations.”’

Psalm 89 testifies to the Davidic covenant as a beautiful witness of how God’s sovereignty—his power and authority—confirms his gracious promises to his people. God’s redemptive character described in the psalm compels us to turn our hearts to him and remember his faithfulness when our circumstances and feelings would cause us to question if God has abandoned us (Psalm 89:38–39, 46). The psalmist reminds us that when all looks dark, God promised David an eternal throne, and he will not remove his steadfast love or betray his promise (vv. 33–34).

Are you in a place of wondering where God is amid your difficult circumstances? How can God’s covenant with David encourage you today?

I know God is with me right now. I need to listen and obey.

Knowing if I lay all my pain, hurts and worries at His feet.
God will take care if it. His promises always come true. As He’s perfecting His works and refines me on the potters wheel. Knowing His love is unconditional and full of Grace. Which He gives freely to me . My faith and relationship grows intimately more each day.

God never changes. His love and promises are constant. I want to always please Him by my actions but I am thankful He loves me despite my ups and downs. Satan tries to pull us away by our our weakness but God is my strength and He is stronger .

As difficult circumstances seem to heap up, I know that God is with us. Though that may not mean that we will receive the practical help we want to get through this season, God is with us and IN us, promising to uphold us in the fire, not to just meet us on the other side. So as I see difficulties in the months ahead my soul can still find rest because He is with me. Praise be to the Lord forever! Amen and Amen.

I need to take my focus off of myself and refocus on God. Trust in Him whole-heartedly.

Waiting for a direction, I know that God is beside me and the next step to take He will lead me on!