And God blessed Noah and his sons and said to them, “Be fruitful and multiply and fill the earth." 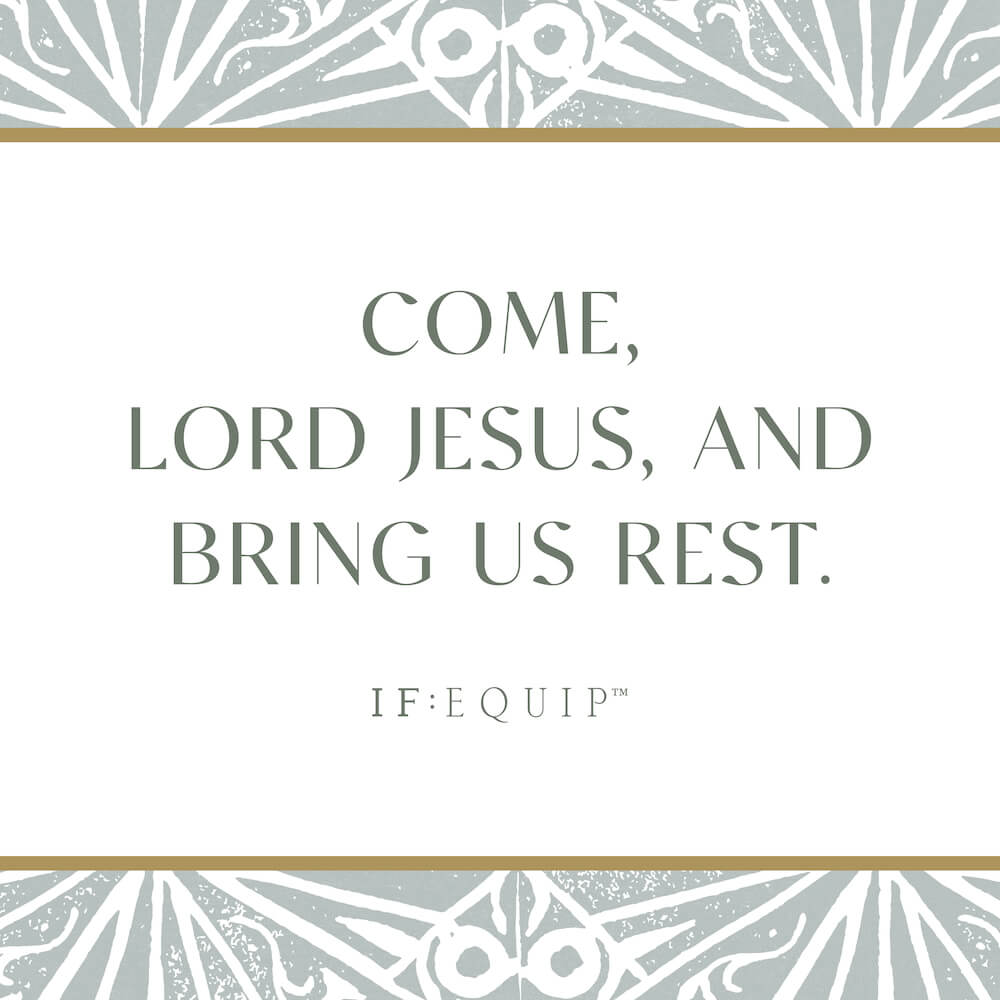 But even though we are the beneficiaries of God’s blessings through the Noahic covenant, we know all too well that life is not all rainbows and butterflies. In fact, it seldom is. Humanity has not given up its wicked ways, natural disasters still happen, and we still feel the “painful toil of our hands” (Genesis 5:29). And that’s because, like Lamech, we’re still waiting for our rest to come.

Lamech believed Noah would bring humanity rest from their toil, and while he wasn’t wrong—rest would come through one of Noah’s descendants—he ultimately took that hope to his grave.

Lamech died in hope. And even though God blessed Noah and renewed his commitment to all of creation, Noah also died in hope. He lived, just as his father and forefathers had lived, and he died just as they had died. The son that Lamech hoped would bring rest died.

But Lamech’s hope was not in vain. Generations later, long after Lamech and Noah had died, a boy would be born, a descendant of Noah, who would ultimately fulfill Lamech’s hope. He would overturn not only the curse on the land, but every curse. The curse of sin itself. That boy would be born in a manger to a young virgin named Mary, and they would call his name Jesus.

Lamech and Noah died waiting in hope. We are also called to live in hope, even as we wait. And so we pray, “Come, Lord Jesus, and bring us rest.”

Do you believe God is faithful in your own life? Does your life reflect trust in a faithful God? If not, how might your life change if you believed God would be faithful even when you’re not?

Do I believe God is faithful in my own life? Yes! Does my life reflect that? No where nearly as much as I wish it did! I get caught up in trusting in myself and making sure all " my ducks are in a row" so I don’t leave a lot of room to need to trust I suppose. To believe that God is faithful, even when I’m not is such an amazing thought! Where in our world do we encounter people that are faithful to us when we continually let them down!? How can I begin to understand that God is ALWAYS faithful? That thought just boggles my mind and leads me to praise Him, how can I doing anything else but praise the One who is always faithful even though I mess up day after day. What an amazing God we serve, oh that I would trust Him more!

I believe God is faithful in my life. He has always met all of my needs and my wants. I am blessed beyond measure. Most of the time I trust God. I just struggle with some big decisions and not knowing what the outcome will be and trusting that He only wants good things and if I make a "wrong" decision, He can still bless me through it.

I didn’t always believe and I am still working on it, but I do believe God is faithful in my life. I used to base that fact off of whether or not I could actively see Him working in my life, but that’s not faith is. Faith is hoping, trusting and believing in what we cannot see or understand. God promises to be faithful and to love us with an everlasting love. If that’s His promise, then it is completely trustworthy.

This is a very tough question to answer. I know in my heart that God is with me and yet at the same time, when I am not reading the bible every day or praying every day, I feel like I am disappointing God and that he is not liking me for not trusting Him more to be in complete control of my life. I know God is there for me even when I am not. It is so hard for me to just completely let God steer my life the way that He wants my life to be. It has been a working progress for me.

Yes, I believe God is faithful in my life. I believe my life reflects that belief. I have learned to lean upon God when my life is in chaos. I have found that trusting Him and praising Him through the chaos, the heartaches, the illness and such, is the only way to true joy and rest.

There was a time my life did not reflect that. And there was also a time I was faking that trust. Weird, right? Why would I fake it? I thought if I did the right things, looked the right way, and thought happy thoughts God would make all my wishes come true. I was treating my good deeds like a transaction for God’s blessings. And maybe no one else knew it, but God of course did. So then when I didn’t see the blessings I thought I deserved, I quit. I tried to create my own “blessings”, my own happiness. Cuz to me, God had failed me. He hadn’t made me happy the way I wanted Him to. It wasn’t till the last year (or maybe even less) that I’ve asked God for forgiveness for this kind of thinking. That I realized God IS good all the time, which includes His timing and His plans. My life doesn’t look the way I would have expected, but my relationship with God is way sweeter than I deserve. Thank you Lord for every blessing you have placed in my life. Thank you for wanting a genuine, personal relationship with me. Thank you for being a greater love than I could ever experience on this earth- you are better than 10 husbands. And thank you for not giving up on me. You are already using me (I tend to forget that) and I know you’re still not finished with me. You have great plans for my life. I trust you Jesus