God Cares for His People

But Moses said to the Lord, “Oh, my Lord, I am not eloquent, either in the past or since you have spoken to your servant, but I am slow of speech and of tongue.” 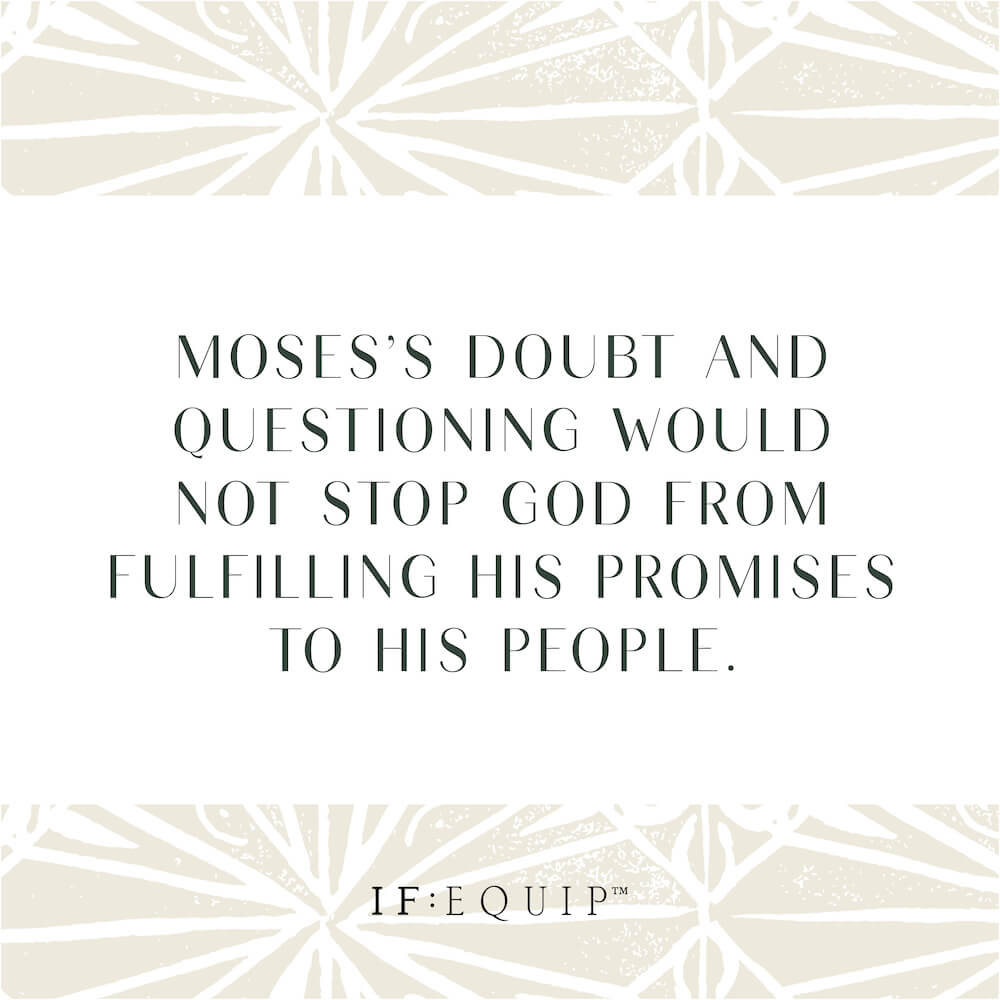 We don’t often hear of the beginnings of a great leader. We don’t hear about their sin, their insecurities, and how they may have questioned their callings. If we did, it likely wouldn’t give us a lot of confidence in them.

We do, however, hear the beginning of Moses’s story.

God called Moses—a man orphaned and adopted; a man who took justice into his own hands, killed an Egyptian, and then hid the body; a man who acted like a hypocrite and then ran when he was called out; a man who stayed in hiding (Exodus 2:11–22). This sounds like the beginnings of a great leader, doesn’t it?

And yet, God called Moses. The Bible tells us God called out of a burning bush, “‘I am the God of your father, the God of Abraham, the God of Isaac, and the God of Jacob.’ And Moses hid his face, for he was afraid to look at God. Then the LORD said, ‘I have surely seen the affliction of my people who are in Egypt and have heard their cry because of their taskmasters. I know their sufferings, and I have come down to deliver them out of the hand of the Egyptians and to bring them up out of that land to a good and broad land, a land flowing with milk and honey, to the place of the Canaanites, the Hittites, the Amorites, the Perizzites, the Hivites, and the Jebusites” (Exodus 3:6–8). He continues, “Come, I will send you to Pharaoh that you may bring my people, the children of Israel, out of Egypt” (Exodus 3:10).

Moses came up with every excuse in the book. He asked what he was supposed to say and do. He told God the people wouldn’t believe him. He told God he wasn’t good at speaking. But when Moses questioned his calling, God gave him many promises and help, including, “But I will be with you, and this shall be the sign for you, that I have sent you: when you have brought the people out of Egypt, you shall serve God on this mountain” (Exodus 3:12).

God told Moses he was sending him back to Egypt to free his people. God would be with him. Moses no longer got to hide. He was called to come out and to be concerned for the people as God is. This time, Moses would need to follow God’s ways of concern and justice.

Before God called Moses we read, “During those many days the king of Egypt died, and the people of Israel groaned because of their slavery and cried out for help. Their cry for rescue from slavery came up to God. And God heard their groaning, and God remembered his covenant with Abraham, with Isaac, and with Jacob. God saw the people of Israel—and God knew” (Exodus 2:23–25).

Moses’s doubt and questioning would not stop God from fulfilling his promises to his people.

When We Mess Up

When have you questioned a call God has for you with the words, “I am not enough?” Not smart enough, not educated enough, not pretty enough, not wealthy enough, not strong enough, not good enough? God’s concern was for more than Moses. How can believing God has a larger concern in mind bring humility and trust in following God’s call?

Because it brings our focus on other people that are needing to hear or see God in you.

I AM GUILTY OF BELIEVING IN A FALSE GOD WHO WAS TELLING ME LIES LIKE " I AM NOT WORTHY, I AM NOT SMART ETC……
I BELIEVE NOW THAT THOSE VOICES IN MY HEAD WERE FROM THE ENEMY KEEPING ME FROM GOD TRUTH AND WALKING IN MY PURPOSE. I NOW WALK WITH INTENTION IN MY PURPOSE AND THIS IS HOW I SERVE HIS KINGDOM!

I have thought in the past how I wasn’t enough in many areas in in my life and when I did, God pulled me out of my despair and help me see how valuable I am to him and that he has my best interest at hand. I pray every day that I can fulfill his promise by my actions and words to other people and myself.

Wow, to participate with the God of the universe to impact the lives of others who need encouragement, kindness, support, Him! It’s a privilege to be able to engage with Him in this way even with all my sort comings and weaknesses. He makes up the difference when we say “Yes”.

When I think about being a Christian on social media, sometimes I feel like I have no place and I say exactly what Moses said – “who am I?” But then, God gave me a platform where I get to spread His word and His good news to the people who follow me. This humbles me and also gives me greater trust in God because I don’t know why He chose me, but I am thankful that He did. I can trust that even if I don’t feel like I’m enough, I know I am because of who God has created me to be and who He is. I can draw 100% of my confidence and strength from Him.

I am presently struggling with what to do next in my life in terms of a job. I am doubting my abilities and just trusting God to bring the right job to me and equip me to handle the responsibilities. I know I am capable of whatever He has in store for me.

I don’t remember a time God has called me. How does anybody know when God has called them? Do people hear an audible voice? Is it a feeling? A thought?

That is a wonderful question! Hearing God can be all of those things. Most often, I experience hearing His voice as a nudge that won’t go away. Dallas Willard wrote a book about it called, ironically, “Hearing God”. I highly recommend it for learning how to tune in to Gods voice.

We can realize that it’s not about us but about using us. And if He is no using is for His purpose, He will equip us adequately.