All God Makes Is Good

In the beginning, God created the heavens and the earth. 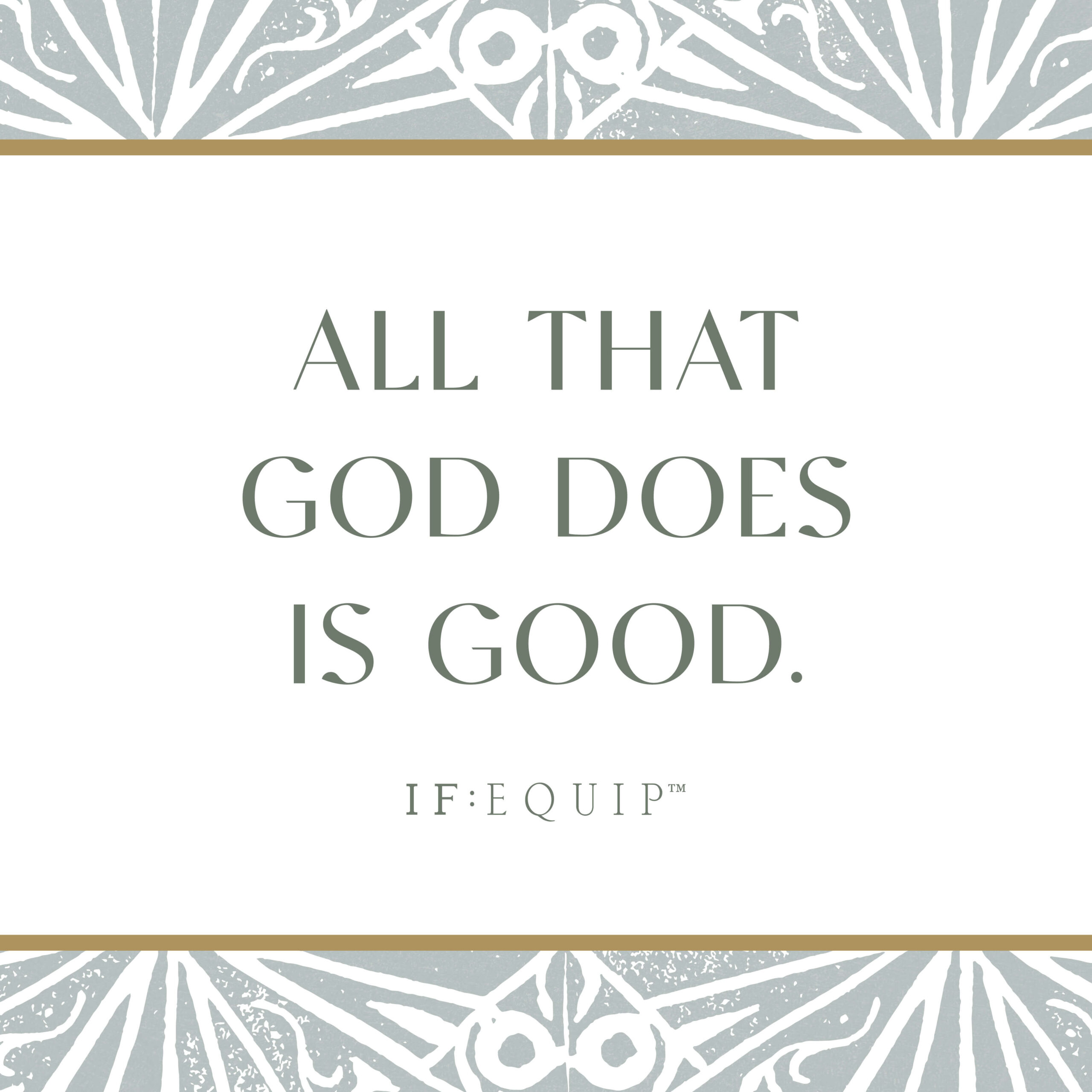 It’s hard to imagine, isn’t it, the world of Genesis 1 and 2? That world is a world where swarms of living creatures filled the earth and sky and water, where vegetation was fruitful, and where man and woman coexisted free of shame and grief and strife. That world doesn’t seem much like our world at all. After all, in our world, animals face the threat of extinction, droughts destroy our vegetation, and man and woman are caught up in a never-ending battle for power and dominance.

And while with its images of idyllic paradise, Genesis 1 and 2 can be hard to relate to—not to mention downright discouraging when we find ourselves living in what can be described as anything but paradise. If we’re going to understand the covenants, the relational contracts God makes with his people, we must begin by understanding something about the God who initiates them. And for that, there’s no better place to start than at the beginning.

Rather than focusing on a day-by-day retelling of how the world came to be, Genesis 2 draws us into the intimacy of God’s creation of humanity. Here, God forms the man out of the dust of the ground.He breathes life into him. He creates a woman out of the man’s rib and brings her to the man to be his indispensable companion.But what is most significant about this retelling of creation, what should stop us dead in our tracks, is that we see a God who took the time, took the trouble, took the energy to make humanity, not out of some feeling of loneliness or wanting for anything, but out of the overflowing abundance of his love.

While our world may no longer resemble the unspoiled creation of Genesis 1 and 2, we can take comfort in knowing that these two truths—that all that God does is good and that all that God does is to bring us into relationship with himself—are not only true of every covenant God makes with his people but are also true ofGod himself. And that, we can always count on.

It is a reminder that all things stem from love. Rejections are protection. Failures are lessons. Mistakes are redirections. Everything flows from His love. It reminds me that his hand is on all things on heaven and earth. Knowing that everything God does is to bring us into relationship with Him gives me a sense of peace. My flawed human nature will send me on all sorts of paths but God is there, steadily directing and redirecting me. Father may you search my life and redirect me when needed to come back into relationship with you. God, give me the discernment to know what you’re doing in my life. Father, let me hear your voice. Give me strength, courage and freedom. Give me fresh vision. I love you Lord! In Jesus name, Amen.

All my trials and sufferings have made me into the woman I am today. All God does is for my good. How can I be resentful of the sad and distressing trials. I am at times, though I know in my heart of hearts that he loves and has a better way just up ahead. For that reason I am grateful

Sometimes something happens in your life that shakes your world and you wonder how that could be good. How could God think that it is good. Then I’m reminded that God does things to bring us into relationship with himself or bring us closer to him. In my case, a very sudden death of my son-in-law shook my world so bad I didn’t think I could find my way back. Then, at his Celebration of Life people came forward and spoke about how their lives were enriched by knowing my son-in-law; how they were made better; how their relationship with God was made stronger, and the comments went on and on. I then realized that what happened had purpose. God turned it around to be good. He used it to bring people closer to himself. It was moving. It was bittersweet. God answered my prayer why this happened. Missing my son-in-law will always be there, but because of the Godly man he was, people were changed. I can move forward knowing that and rest assured that God has everything in control.

I keep loosing the lessons

It helps change my thinking. Even when my life seemed to fall completely apart I also watched my life fall into place. Uncertainty of the next chapter was not even a question. Husband died , I lived 5 hours away from family and my daughter was 5 weeks old, my life was toppling. In the same moment loved ones reached out, I was offered a job back home and my family came to the rescue. As upset and angry as I was there was still a calmness that it was all going to be ok. Did I think it was good? No, but 20 years later I know it is the life I was to live and it has ended up good. A new husband and another child and still blessed.

It doesn’t feel good sometimes. When our children are hurting, when my father lay in a bed dying after YEARS of pain and his son won’t visit him and doesn’t care. But my faith tells me that God’s plan is good. I am thankful for that truth. Otherwise, some days would be excruciating.

Psalm 23:6 & Revelation 21:3
The word became flesh and dwelled among us so that we can live through Him, for Him, and ultimately in Him.
It is amazing to be part of this plan, and it just compels me to overflow with gratitude and joy abundant.

It helps me to trust Him more. It reminds me that my burdens aren’t to be blamed on Him but entrusted TO him. Because everything he does is good.
It changes the way I do life because it reminds me that there isn’t a God working against me causing me to fight my way into good standing. I’m already there. He’s done the good work to bring us together. I can trust that.

It helps me to trust Him more. It reminds me that my burdens aren’t to be blamed on Him but entrusted TO him. Because everything he does is good.
It changes the way I do life because it reminds me that there isn’t a God working against me causing me to fight my way into good standing. I’m already there. He’s done the good work to bring us together. I can trust that.

Knowing His heart puts a loving perspective on everything. The hurts have purpose. The joys have purpose. Everything is to draw me in to deeper relationship with him, and that is beautiful and overwhelmingly amazing.