An evildoer listens to wicked lips, and a liar gives ear to a mischievous tongue. 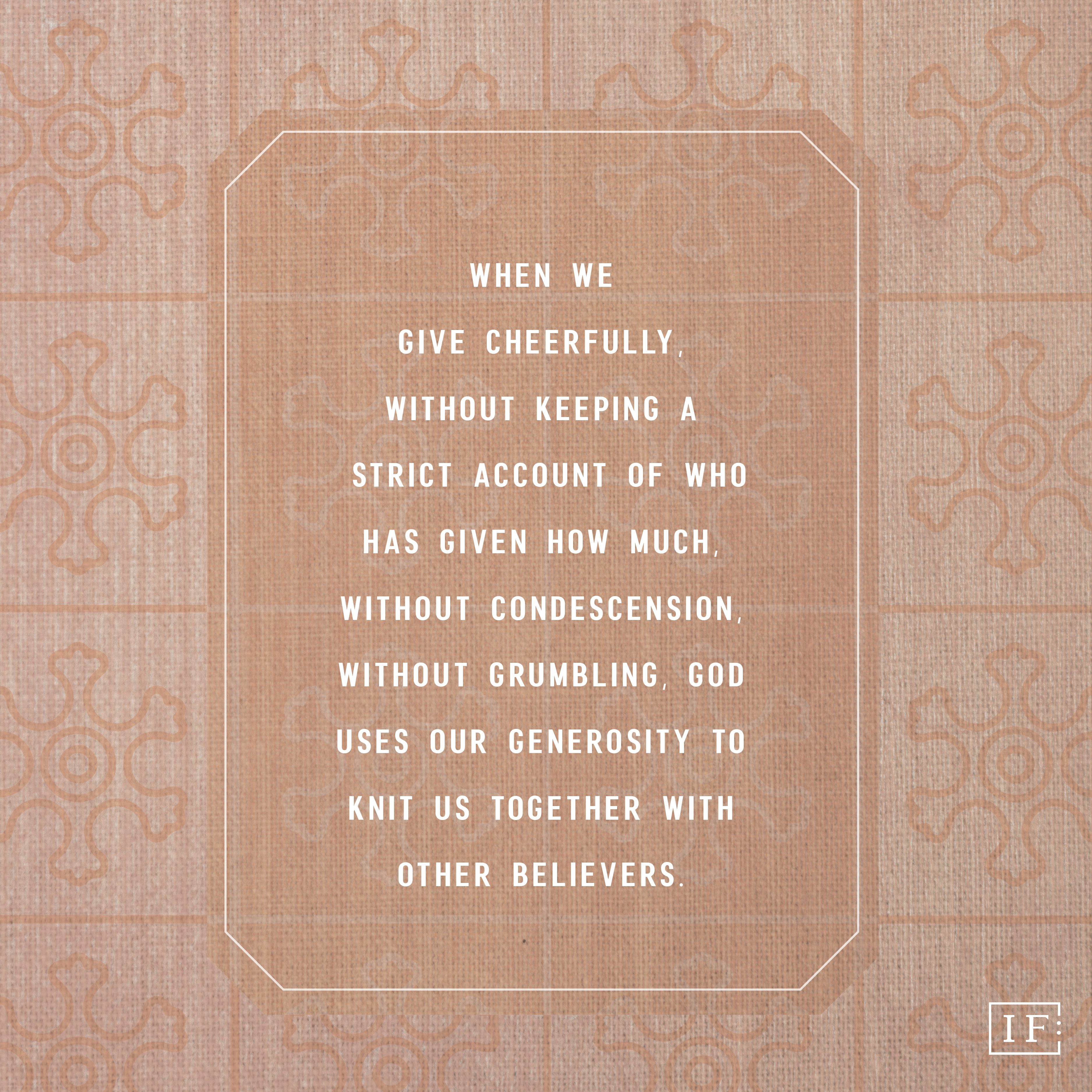 the appeal of unity

The cinematic version of Tolkien’s epic trilogy, The Lord of the Rings, tells the story of Frodo Baggins and his quest to destroy a powerful ring in the fires of Mount Doom. Eight companions, called the Fellowship of the Ring, accompany Frodo on his journey. We, as viewers, are aware of trouble from without—Gollum, a shell of a hobbit who will do anything to get the ring back in his possession. What is unexpected and heartbreaking is the trouble that arises within the fellowship. Boromir wants the ring for his own interests and attacks Frodo, who escapes. The attack leads to a series of events that ultimately ends in the breakup of the fellowship.

The movie is a fascinating story of perseverance and triumph. At the same time, it is also a cautionary tale of what can happen when we prioritize our interests above everything and everyone.

There is something so precious about unity. One psalmist described the peaceful fellowship among believers as good and pleasant and refreshing (Psalm 133:1–3).

As much as we desire unity and peace, God desires it even more. John 17 gives us insight into what was on Jesus’s heart the night before his crucifixion: us. His desire for oneness included both his current disciples and his future disciples (John 17:21). Jesus prayed for this unity among believers, knowing what it would take to achieve it—his death.

Paul urges us to make every effort to maintain the unity of the Spirit. This does not mean disagreements and differences of opinion will not arise. As we’ve discussed this week, we should respond to all of these with humility, gentleness, and a patience motivated by love. A lifestyle marked by these virtues upholds the unity of the Spirit.

Paul warns of the dangers of discord. A failure to maintain unity will eventually lead to destruction. When we put our interests above everyone else’s, we are in danger of devouring one another (Galatians 5:15).

Maintaining unity in the Spirit means we make no room for gossip or slander. We may think it nontoxic to spread gossip in confidence. After all, how harmless is a little bit of “news” shared among friends? However, gossip is not a victimless crime. It leads to a judgment based on rumors, mistrust, and separation. Scripture also marks the bearers of gossip and the receivers of gossip as those with low character who displease God (Proverbs 17:4; 1 Timothy 5:13). Isn’t that an awful indictment?

Being Generous With Your Empathy

Think about Jesus's prayer for his followers on the night preceding his crucifixion. Then think about Paul's exhortation to maintain the unity of the Spirit. Consider ways in which you can contribute to this unity. Does something immediately come to mind? A recent situation you feel could have been handled in a different way? Then pray for God to help you as you seek to be a peacemaker.