The Power of Money

No one can serve two masters, for either he will hate the one and love the other, or he will be devoted to the one and despise the other. You cannot serve God and money. 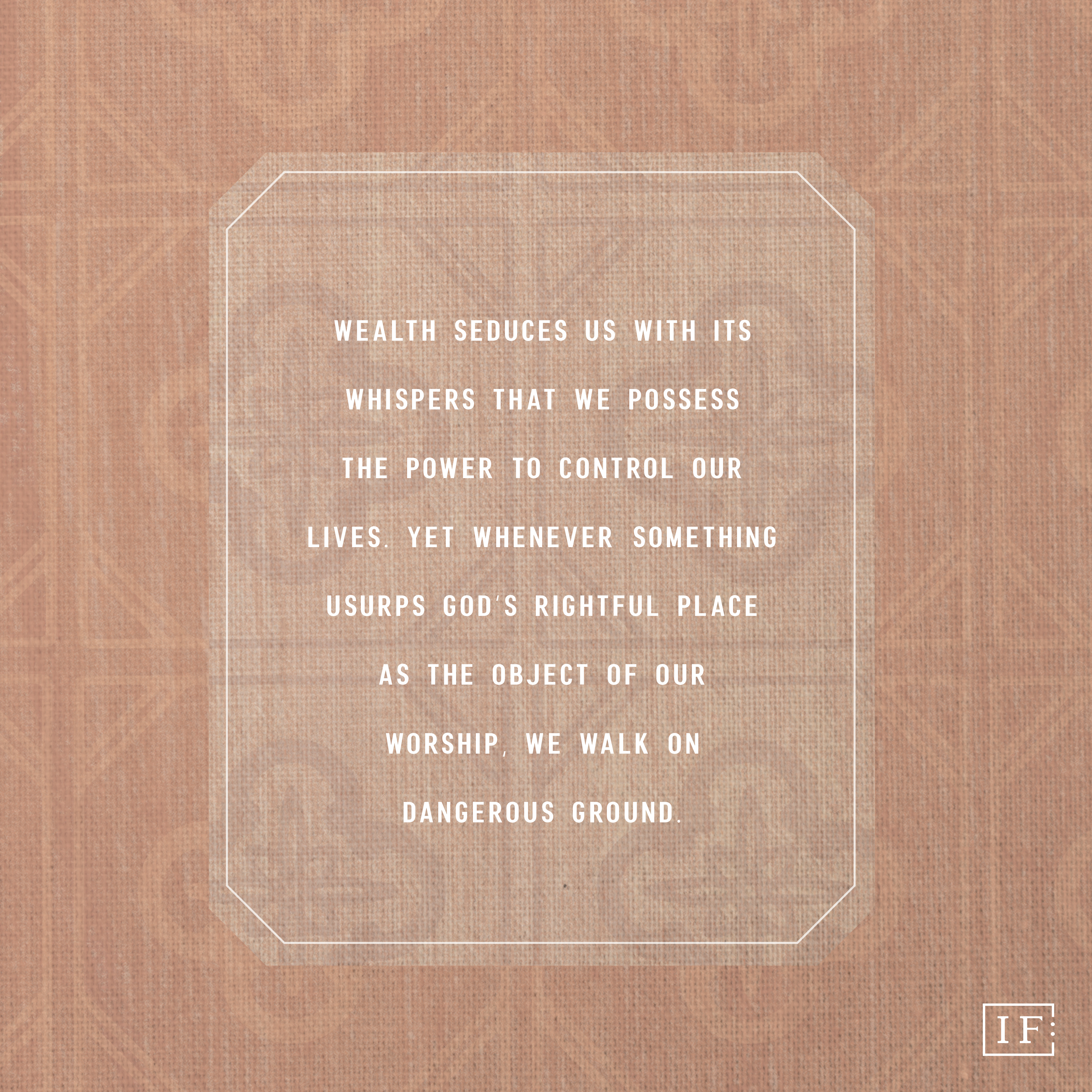 People commonly say that money is the root of all evil. Even if we’re not millionaires, we can see how easy it is to quip this statement. Think about how we feel after a long day and we scroll through social media to “unwind.” Are we happy for our friends that took a trip to Thailand when we are trying to pump ourselves up about a staycation? What about when a coworker receives a fat raise and we’re struggling to make ends meet? Has the desire to have more ever consumed our thoughts? Have we ever been so focused on getting ahead that we’ve neglected ourselves or our relationships?

So, is money really the root of all evil? Today’s Scripture reading is from the apostle Paul’s letter to Timothy, a young pastor tasked with shepherding the church in Ephesus. If we look closely at 1 Timothy 6, we notice two qualifiers
in verse 10:

First, our problem is not with a noun (money), but with a verb (the arduous pursuit of it). Second, Paul wrote that the worship of money is one way all kinds of injustices begin. Jesus left no room for counterfeit gods in our lives when he summed up the commandments: (1) Love God with everything, and (2) love others. Wealth seduces us with its whispers that we possess the power to control our lives. Yet whenever something usurps God’s rightful place as the object of our worship, we walk on dangerous ground.

Paul’s thesis that followers of Christ—truly “godly” people—experience the greatest gain when they practice contentment (1 Timothy 6:6) is part of a greater argument he began in the preceding verses: “If anyone teaches a different doctrine and does not agree with the sound words of our Lord Jesus Christ and the teaching that accords with godliness, he is puffed up with conceit and understands nothing. He has an unhealthy craving for controversy and for quarrels about words, which produce envy, dissension, slander, evil suspicions, and constant friction among people who are depraved in mind and deprived of the truth, imagining that godliness is a means of gain” (vv. 3–5). Acting religious to acquire anything is not only evil but also corrupt, divisive, and destructive.

Of course, we need things. Paul acknowledges this by saying “if we have food and clothing, with these we will be content” (v. 8). But he pounds the nail of contentment until he has fastened it strongly to the truest hallmark of a believer. He follows it with the statement about the love of money. Using the language of hunger, Paul says that some of the believers in Ephesus so craved wealth or acquisition that they abandoned their belief in Christ only to be pierced with “many pangs” (v.10). A hunger for money starves and kills, but a hunger for God fills and gives life.

Has money, or the desire to have more, ever seduced you? What happened and how did you respond? What is your relationship to your things? Ask God to show you any areas in which you need to relinquish control and be content.