The Heart of Giving

For I have given you an example, that you also should do just as I have done to you. 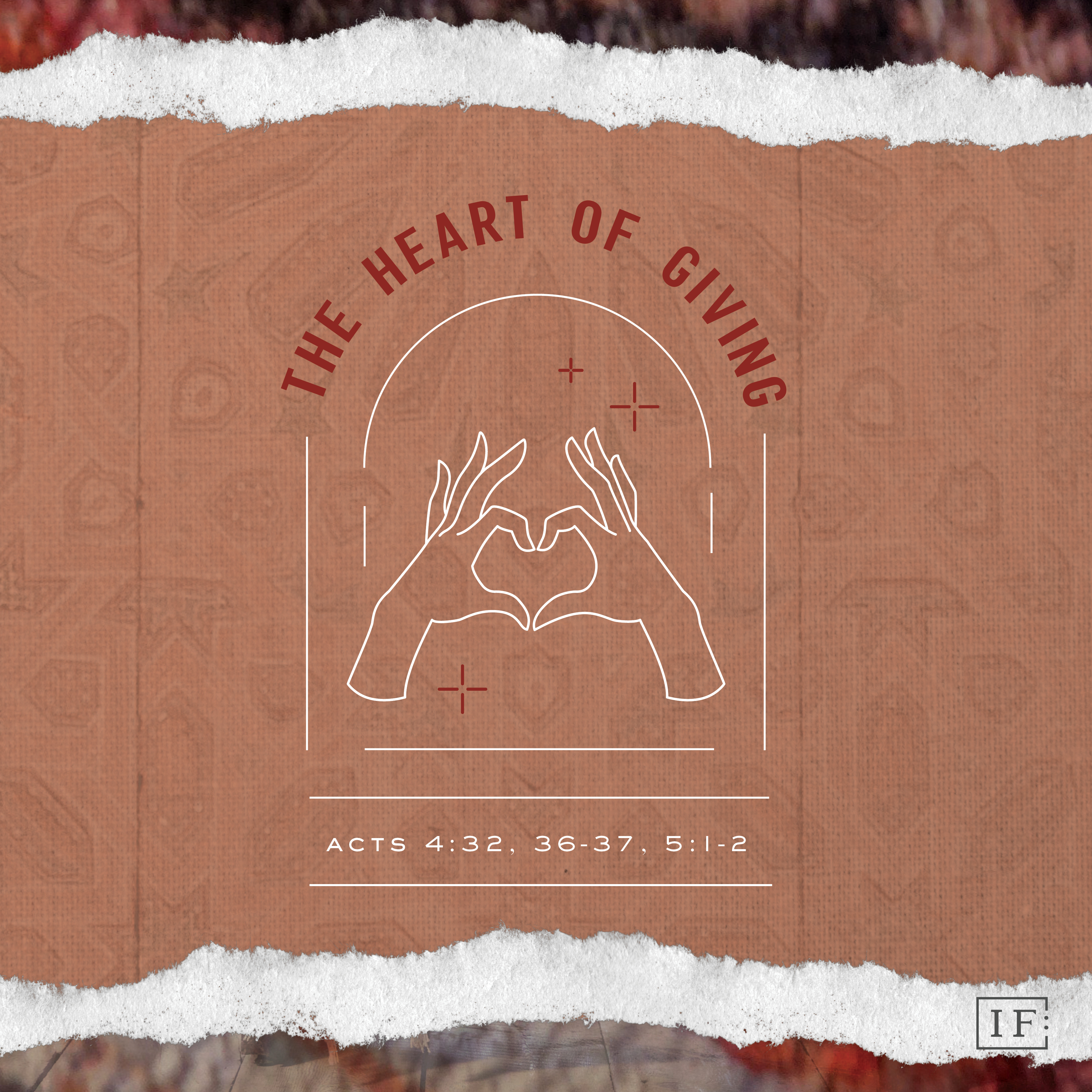 We learned from early ages to cherish money. We stored up piggy banks with our coins or the money from our grandparents and hoped and prayed it was enough for a new toy. It did not take long to develop a sense of ownership of our money. As soon as a sibling (or even a parent!) wanted to borrow from the piggy bank, the answer was often, “No, that’s mine!” While there’s financial responsibility in saving, there’s also a heart condition playing into our need to hold tightly to everything we think is ours.

At the end of Acts 4, Joseph, or Barnabas as people nicknamed him, gives us an individual example of how the early body of believers behaved. As the Book of Acts develops, Barnabas’s character is revealed as

By way of introduction to readers, Acts showcases Barnabas’s selfless act of selling property and donating the proceeds to the early church. Acts 11:23–24 gives further context to the kind of man Barnabas was: “When he came and saw the grace of God, he was glad, and he exhorted them all to remain faithful to the Lord with steadfast purpose, for he was a good man, full of the Holy Spirit and of faith.” He saw the need of fellow believers, and with what he had, he acted to meet them. He gave it away.

Acts 5 opens with another example of believers giving the revenue from land sale to the church, but with a vastly different motivation. Recall the behavior of the scribes in our Day 2 study? Ananias and Sapphira might as well have strolled arm-in-arm with those hypocrites. When Ananias brought his donation to the apostles, he laid it at their feet just as Barnabas had, but feigned humility and generosity. He craved the recognition of his gift without its complete sacrifice. Peter called him out and Ananias denied he had horded some of the sale. God struck him dead instantly. Three hours later, Sapphira arrived where Peter was, unaware that her husband had just dropped dead because of his lie. “Did you get this price for your field?” Peter asked. “Yes,” she answered. We may wonder if she began to sweat or if she nonchalantly answered Peter, assured no one would find out. We don’t have to speculate, though, about her fate. She too died instantly.

Shocked? We should be . . . by our own and by others’ hypocrisy. Deception of any kind has no place among believers, and it certainly is not compatible with biblical giving. In another instance of contrasting passages, Scripture highlights spiritual and behavioral extremes. Good and evil. The purpose of this section ought to plant itself in our minds as strongly as the tune of “Give It Away Now”—and with the same message: Let us share what we have gladly and fully as our sincere response to God’s gift of grace. Anything less deceives not only us and others, but also attempts to defraud God.

When have you given joyfully? How did that impact your relationship with Christ?