Do not neglect to do good and to share what you have, for such sacrifices are pleasing to God. 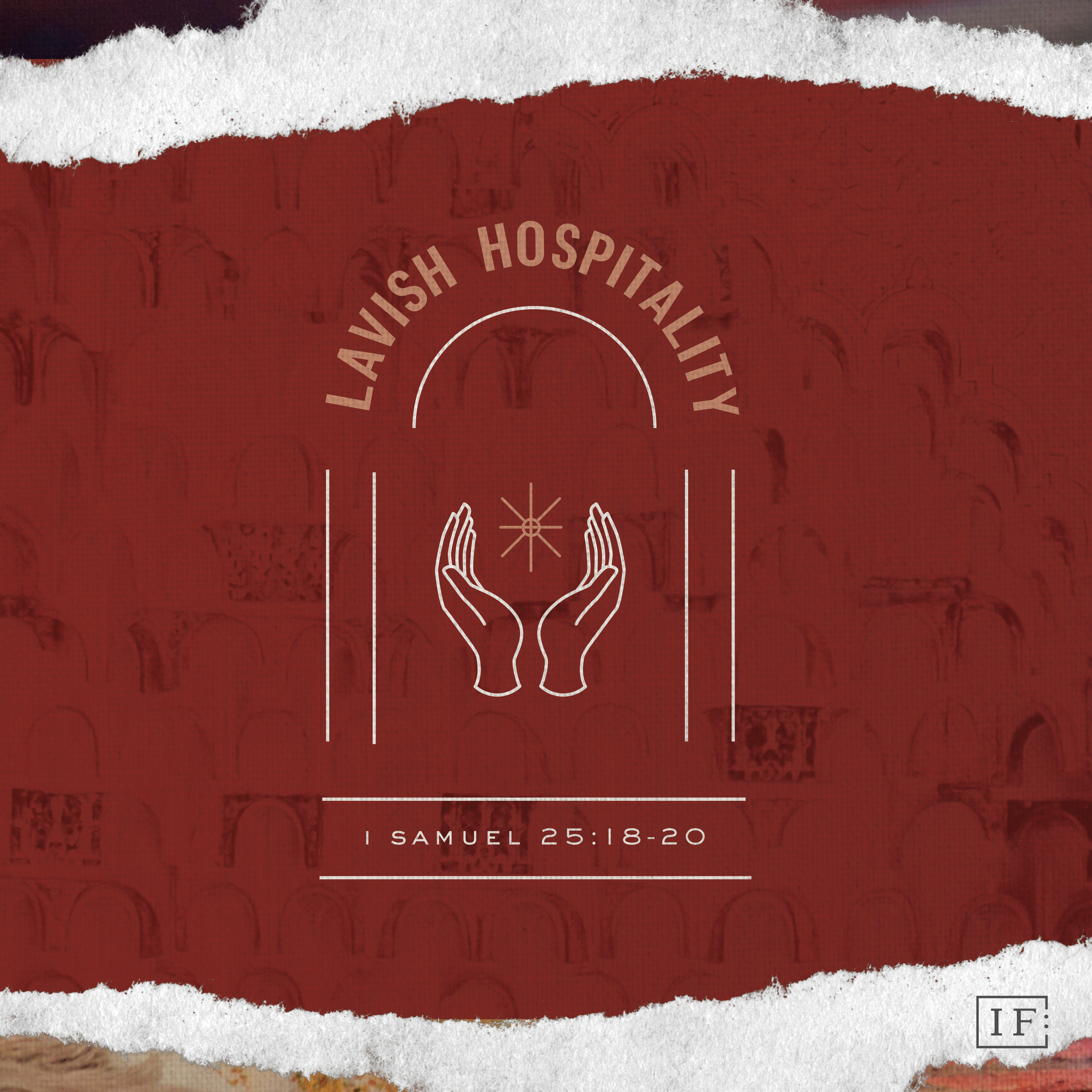 State of the Matters: Diplomatic Hospitality

President Ulysses S. Grant held the first White House state dinner for King David Kalākaua of the Sandwich Islands (Hawaii) on December 12, 1874—a meal that included twenty courses. Throughout US history, the state dinner has showcased not only American hospitality, but also its influence. The meals take an average of six months to plan, and they serve up dishes ranging from jellied lobster (Presidents Lyndon B. Johnson and George H. W. Bush) and roast sirloin of beef (President Carter) to greens and fava beans (President Clinton) and Caesar sashimi salad (President Obama).

In 1 Samuel 25 we meet Abigail, who delivered the biblical equivalent of a state dinner when she interrupted David’s journey to Carmel with a caravan of food. Before we examine Abigail’s hospitality during this en route encounter, however, we must first understand its context. Years before, the prophet Samuel had foretold David’s destiny to be Israel’s king. Saul, the reigning monarch, became so infuriated that he hunted David in a cat-and-mouse pursuit that kept David retreating into rugged lands to save his life. In exile, David and his soldiers protected the massive goat and sheep herds of Nabal—Abigail’s husband—a wealthy businessman from Maon. The work was dirty and hard, and the conditions were dangerous because of invading tribes and wild animals.

When it came time to shear the flocks, Nabal traveled to Carmel, where he feasted and rejoiced in the occasion. David dispatched an envoy to request Nabal’s help in providing his men with food and drink—scarcities in the wilderness. Simply put, David called in a favor. Scholars remark that “this was not asking too much, for David had provided protection (25:16) and had never extorted supplies from them (25:7).” Nabal—a name that means “foolish” in Hebrew—scoffed at the request and blew the men off. Enraged, David commanded four hundred men to hoist swords and charge toward Carmel to kill Nabal and every male in his household.

Prudent servants rushed to inform Abigail, who leapt into action: Gather everything you can and get going! I’ll be right on your heels. Thomas Constable’s commentary takes us there: “Visualize this solitary woman, riding a donkey, approaching 400 armed men who were riding horses and were bent on slaughtering her household. It took immense courage and boldness, as well as great wisdom, for Abigail to take her life in her hands and do what she did.” Catching sight of David, Abigail jumped off her donkey and flung herself at his feet, assuming responsibility for her husband’s transgression. She wielded wisdom more expertly than David could wield a sword. In her entreaty to him, she acted swiftly, humbled herself, believed the best of David (as the future king, surely he wouldn’t want blood guilt on his hands), and gave lavishly.

Abigail’s quick countermove, and her trust in God’s ability to influence his appointed king, averted David’s wrath and spared her family. Her hospitality was informed, quick, humble, direct, and lavish.

A different woman may have heard of her husband’s behavior and justified it or done nothing. She could have responded in kind— Why should we give everything we have worked so hard to acquire to a virtual stranger, even if it’s the famed David, future king? Why should we give handouts? Or she could have shrugged her shoulders. Instead, Abigail amassed a gift of two hundred loaves of bread, two containers of wine, five sheep prepared to cook, five seahs of grain (about eight dry gallons), one hundred clusters of raisins, and two hundred fig cakes.

Consider a point of tension or conflict between yourself and a friend, a coworker, or a relative. How could you display the same hospitality of Abigail to open a door for understanding or reconciliation? What might hold you back from acting as Abigail did? Ask God to help you be generous with the goal of bridging divides and making peace.

That’s a tough one. I could apologize for my part, offer to listen to the other person & do so without interruption or justifying my side. Accept apology if offered.
Pride & perhaps feeling that you were the one wronged could make you hold back but unforgiveness leads to bitterness & only hurts you.
Blessed are the peacemakers.

Even bringing someone you’ve offended a latte and a big I’m sorry brimming with humbleness- would melt most dividing walls- mainly because of the humble apology- but when added with a practical valued consumable (a gift they are sure to need/want), it’s near irrisistible- or at least will get a conversation going toward reconsiliation

My experience in the United States has informed me that my fellow countrymen are selfish and use other people. Even people who profess to be Christian do not seem to honor other people or be aspiring to act in kind ways. I do not trust the people in my life to be there for me or to actually reconcile, but I do need to trust God. I have been limiting God’s ability to work through my life and work through me in my closest relationships, because I want it to turn out the way that I feel like I am not losing or giving generously to those that want to cause me harm. I need to trust God to take care of it though and trust that things working out God’s way is best for everyone. Abigail got to be part of the Bible because of her faith and actions and she saved her people. It is so hard to be generous with those who seem to intend us harm. God, please help me to trust your promises and who you call me to be more than what I can see.