On this mountain the Lord of hosts will make for all peoples a feast of rich food, a feast of well-aged wine, of rich food full of marrow, of aged wine well refined. 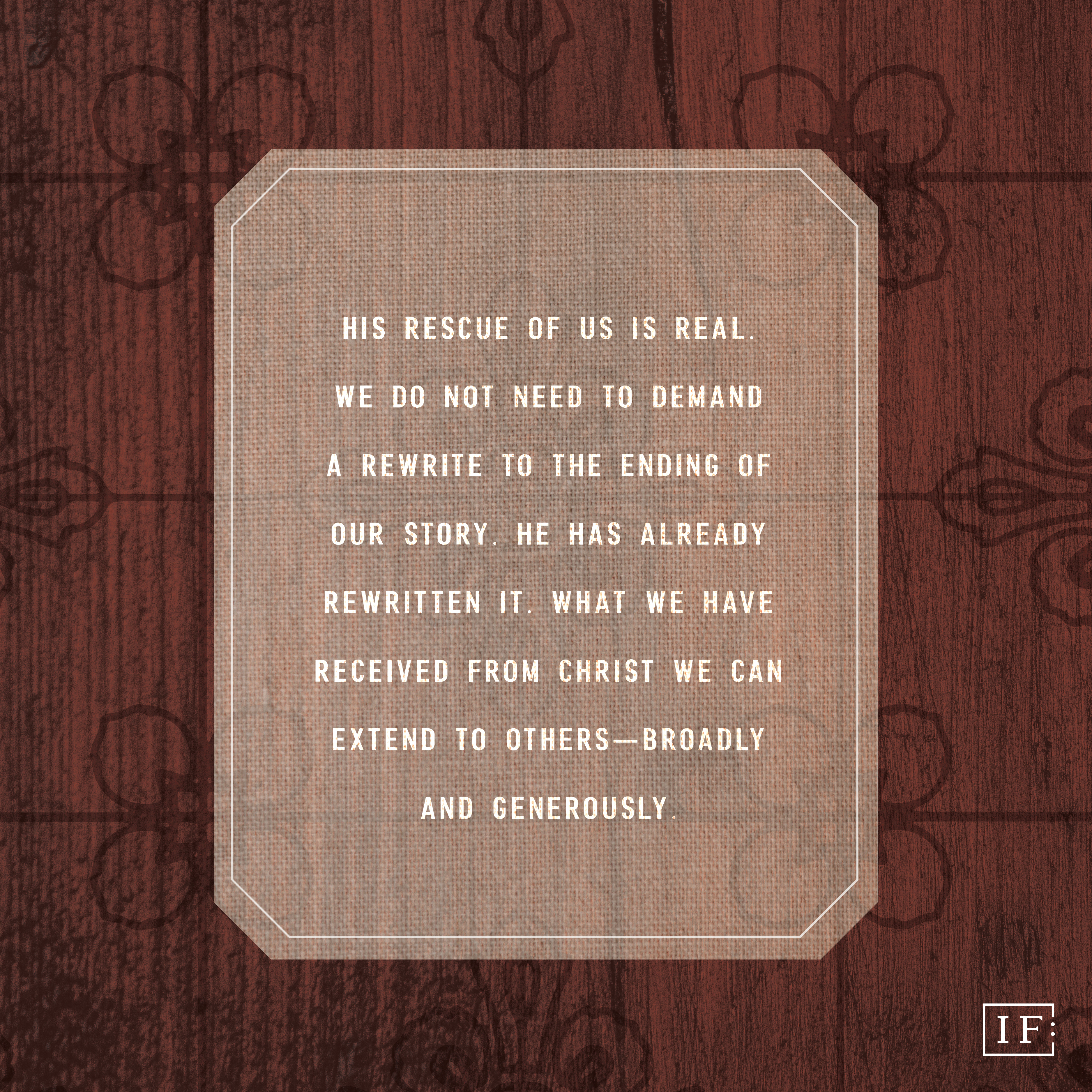 On December 6, 1964, Rudolph the Red-Nosed Reindeer aired on television for the first time. In it, Santa never returned to the Island of Misfit Toys—a storyline so distressing that viewers launched a letter-writing campaign to lobby for a new ending. What about Santa failing to rescue a Charlie in the Box, a spotted elephant, a train with square wheels, a water pistol that shot jam, a swimming bird, a cowboy who rode an ostrich, or a boat that could not float, disturbed audiences to such a degree that they demanded a film edit? It’s because we can all identify with the rejection and loneliness of the misfit toys. The rescue we desire is the rescue viewers demanded to see.

the a-list: way too busy

The rules of the Island of Misfit Toys seem to govern our social gatherings: either we’re in or we’re out. Our status hinges on the invitation. Jesus had received an invitation to dine at the home of a Pharisee, a respected religious leader. As he was eating, he warned his host to invite people outside his normal circle—people who would not be able to repay him in kind (Luke 14:12–14). Another guest piped up that a person who dined in the kingdom of God would be truly blessed (v. 15). Jesus responded to the guest’s observation with a parable (vv. 12–24). A man invited many guests to a great banquet—and when he had prepared everything for the feast, he sent his servant to convene them. Not a single guest could be bothered to come. One had purchased a new property, a second had bought some oxen, and a third had just been married.

One commentary tells us, “Invitations [in the ancient world] went out ahead of time and asked for a preliminary response so the person could plan the size and arrangements, much like an RSVP would work. When the precise time to begin came, the servant would be sent out to have the guests gather. So those who refuse had previously said they would come. A meal stood prepared for them.” Before we judge the guests of this parable, or dig into the metaphor, let’s be a little bit honest with ourselves. Can’t we relate? Can’t we hear ourselves giving similar excuses? I’m sorry, I have a work deadline. I’m sorry, we have a family thing.

Jesus told this parable to the Pharisee’s guests, who would have been Jewish A-listers. He alluded to their belief that when the Messiah established his kingdom and celebrated with a feast, only Jews would be at the table (v. 15). With the parable, he turned their belief on its head. Jesus came to his own first, and they rejected him (John 1:11). The banquet host stands for Christ, who invites everyone to his table. The first group of invitees were too busy to follow through on their initial agreement to attend the host’s banquet. That’s the first point.

The second point of the parable is that by rejecting the host’s invitation, the guests opened the party to people whom society had rejected: the poor, crippled, blind, and lame.

Immediately, such people would have understood—and accepted with joy—the divine blessing of such an invitation. The host’s extension of welcome would have overwhelmed them with good fortune and gratitude. Entitlement produces arrogance and indifference, while humility births amazement and inheritance in God’s kingdom. While he dined as an honored guest at the Pharisee’s table, Jesus instructed the Jewish elite in their own folly of rejecting him as the Messiah. His story illustrated how their assurance in their own narrow view of the kingdom of God blinded them to the wider table that will be present at the wedding feast of the Lamb (Revelation 19:9–10), a gathering and guest list that the English pastor Charles Spurgeon called “the grandest display of Christ’s magnificent generosity in a banquet.”

What viewers demanded of a Hollywood Christmas movie is what Jesus rendered in the Incarnation. His rescue of us is real. We do not need to demand a rewrite to the ending of our story. He has already rewritten it. What we have received from Christ we can extend to others—broadly and generously. Now is the time for us to throw wide our doors and pull up more seats to the table.

Are we too busy to accept God’s invitation to fellowship with him? Ask God to help you see beyond your circle. To whom could you be hospitable?

A prayer that I need to remember daily.

I always try to be in fellowship with God. God is my best friend and the only one with me always. I had to be very lonely and feel very isolated to get to this point though. It is hard losing friend groups and people that I had felt close to. I have to be careful when inviting others into my home and my life. I gave a limping gentleman a ride to the clinic and he showed up on my doorstep staring into my window. I am a single woman who lives alone. I am trying to temper my love of others with discernment and boundaries. I do not believe that we can be too hospitable, but I think that we are at a point where the people living in this world are so desperate for love that they may want more than I can actually give them, I think it is important to be certain not to promise more than I can give and point them toward God.