A Time for Compassion

When he saw the crowds, he had compassion for them, because they were harassed and helpless, like sheep without a shepherd. 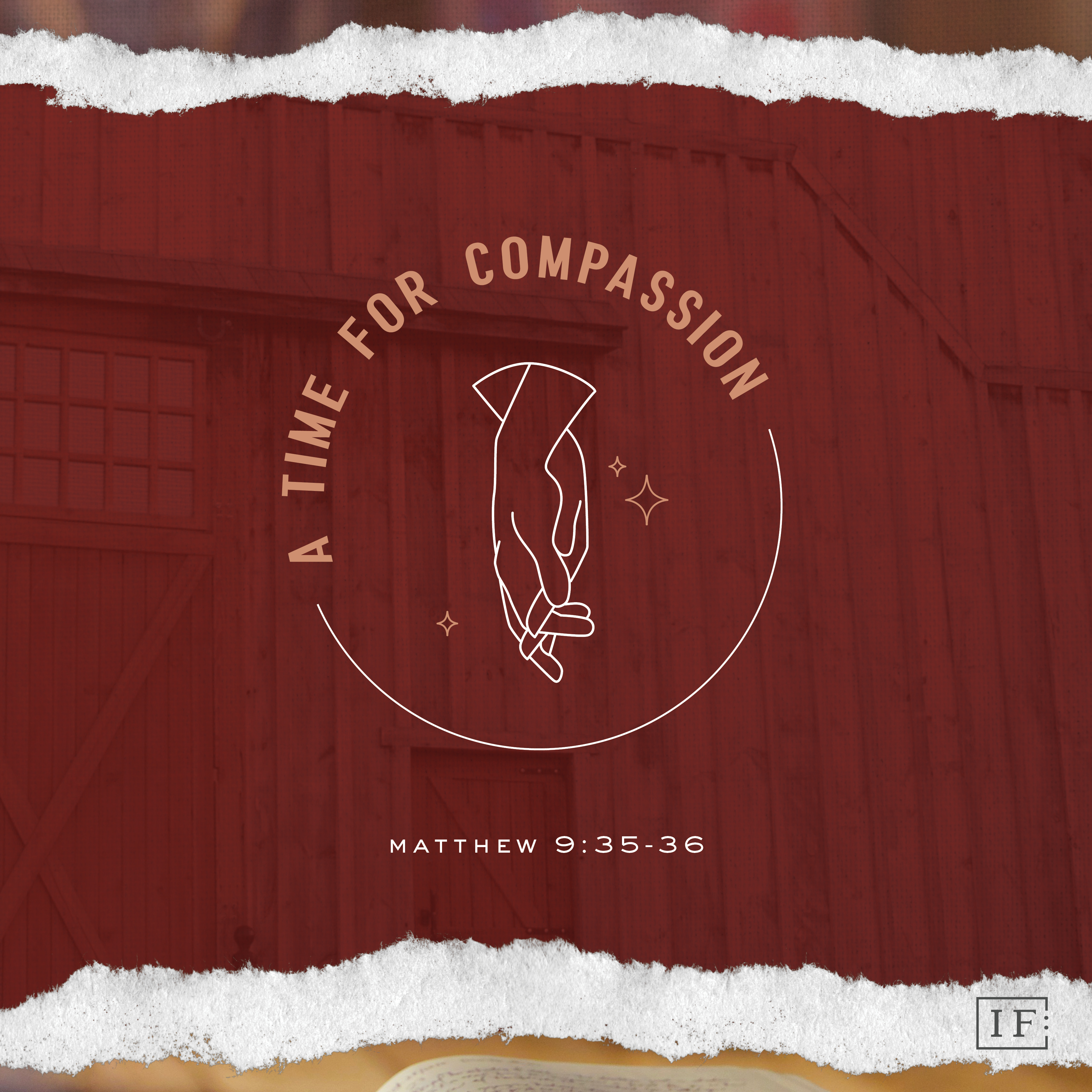 Jesus never seemed pressed for time. Even though he snuck away to rest, there was ample space for him to minister to the needs of others. When he came across suffering, he was moved by compassion and offered healing and comfort. While on the way to attend to a sick child he still made time to stop and acknowledge another who needed his healing touch (Mark 5:21–43). One person’s suffering did not distract him from another’s. All were equally loved. He gave his time freely.

We are pressed for time in our culture. Our lives our filled with distractions, to-do lists, and deadlines. When we do have time, we spend it debating the issues, volleying for the high ground, and missing the hurting people. We’ve gone blind. We tell ourselves the problem is that time is limited when really it’s that we lack the ability to see.

Regardless of the opinions of others, Jesus looked on those in need with compassion. In Matthew 20:29–34 Jesus was traveling with a large crowd in tow. When two blind men realized their proximity to Jesus, they cried out for healing. Though the crowd attempted to silence them, Jesus looked on them with compassion, stopped his journey, and healed their sight. The crowd that was blind to their needs was the same crowd the men joined to follow Jesus.

Throughout Jesus’s ministry, he was moved by compassion for the people he encountered. He acted in tangible ways that met the needs of the person standing in front of him. When they crossed paths with Christ, the hungry were fed and the sick were healed. He never turned away those who called out to him but instead stopped what he was doing and made time.

Jesus taught us to serve others through his words and actions. During his last meal with the disciples before his crucifixion, he got down on the floor and began to wash the filth from their feet (John 13:12–15). Throughout his entire ministry he had been showing them what compassion and giving one’s time to serve others looked like. This final act was an exclamation saying, “Do you get it now? Do you see what I’ve been doing all along?” Throughout Jesus’s ministry he made time for compassion. He is telling us today to go and do likewise.

Jesus knew what was around the corner. He could have used the time for a pep-talk or a planning session. Perhaps he could have thwarted the entire crucifixion with a little strategic maneuvering with his disciples. But that was never the plan. Those last precious moments were spent reinforcing Jesus’s compassion.

We are called to love one another, to give ourselves in service, and to allow compassion to spur us toward action. Jesus’s entire ministry was emphasized by compassion. We are to go out and do the same.

Being Generous With Your Time

Is there someone, or even a group of people, whom you struggle to feel compassion for? Ask God to reveal the places in your heart that are hardened and to give you opportunities to see others as Christ sees them.