“It’s the most wonderful time of the year,” croons the voice over the sound system at the mall. It’s also one of the busiest times of year for many women. We’re looking for just the right gifts for the people we love most. We’re cooking for the neighborhood potluck, or testing out recipes for the cookie exchange, or attending kids’ holiday concerts—and the list goes on.

The hustle and bustle of this season can feel overwhelming. But few of us reading this probably have to deal with piecing together a plan for getting our kids enough food on top of everything else.

Sadly, that’s a reality for too many families, such as Shawntaneice, a single mother of two sweet boys in a small Appalachian town.

Shawntaneice had a comfortable and stable childhood, supported by her chef father and a nurturing mother. She’s brought that same stability to her own children, eight year old Ah’Johreyan and seven year old Ah’Darian. They didn’t have a lot of frills, but she was able to provide a comfortable home, three square meals, and the occasional treat— a fast-food meal or small toy. 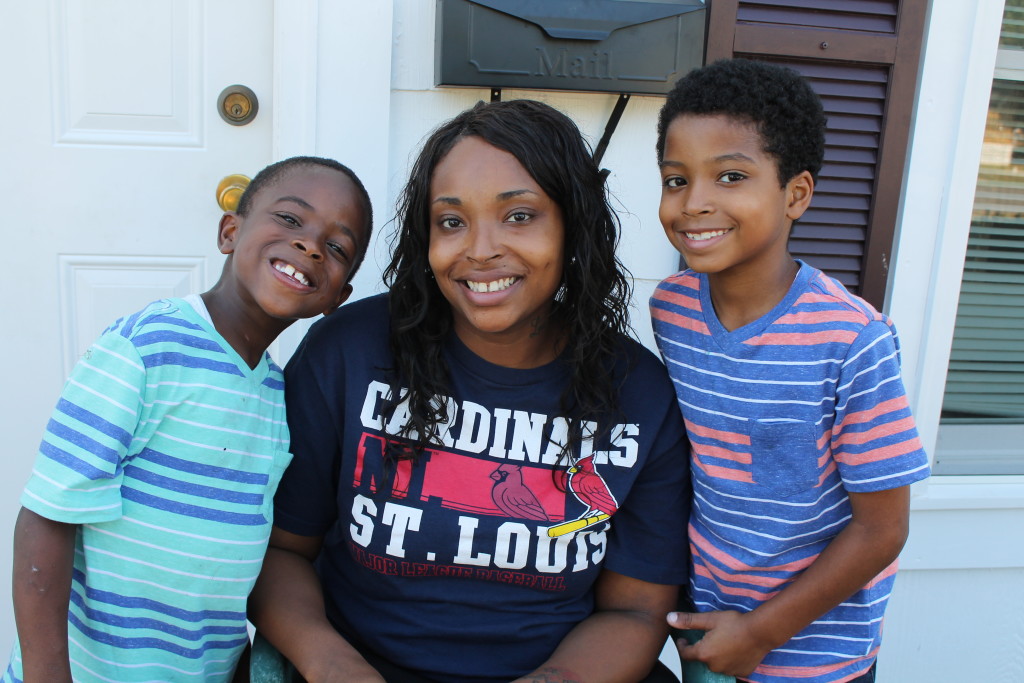 All that changed when she was let go from her job at a food processing plant. Shawntaneice has a strong work ethic. She’s worked from the time she was old enough to do so-so this job loss was a personal blow. She’s been on lots of interviews and is trying to find temp work, but she hasn’t had much luck.

As a single mother, the job loss is a major economic blow. These days, putting food on the table means cobbling together a plan using all kinds of sources. Food stamps only do part of the job; by mid-month they’re starting to run out. So Shawnteneice has to ask her family for help, or wrangle a dinner invitation from a friend. She’s been to food pantries, she says. The school lunch program is a Godsend for her boys. She’s considered asking people she knows for a loan, but how could she ever pay it back? The hole keeps getting bigger.

There have been a couple of times that she’s had to put the kids to bed hungry. In those cases, she gives them something to drink, so they’ll have something in their bellies. Then she tries to keep them entertained until they fall asleep, their minds distracted from the pangs.

Holidays can be the hardest time for families like Shawntaneice’s. Food is hard enough to cobble together; a Christmas tree and gifts seem impossible. “You know, a child waking up on Christmas morning and not having gifts… they’re not going to understand that.”

As we go about our preparations for Christmas, let’s also remember Shawntaneice and her family—and so many people facing similar struggles. Say a prayer. Give to your local food pantry. And for that person on your list who already “has everything,” consider a donation in their name to an organization fighting hunger. Jesus asked us to feed the hungry and care for the stranger. What better way to honor his birth than taking His words to heart?

During this season of Christmas, consider giving to Feed the Children this year — an organization fighting every day to create a world where no child goes to bed hungry. Visit Feed the Children’s Facebook, Twitter, or Instagram pages and give them a like or a follow, so you can learn more about their work.