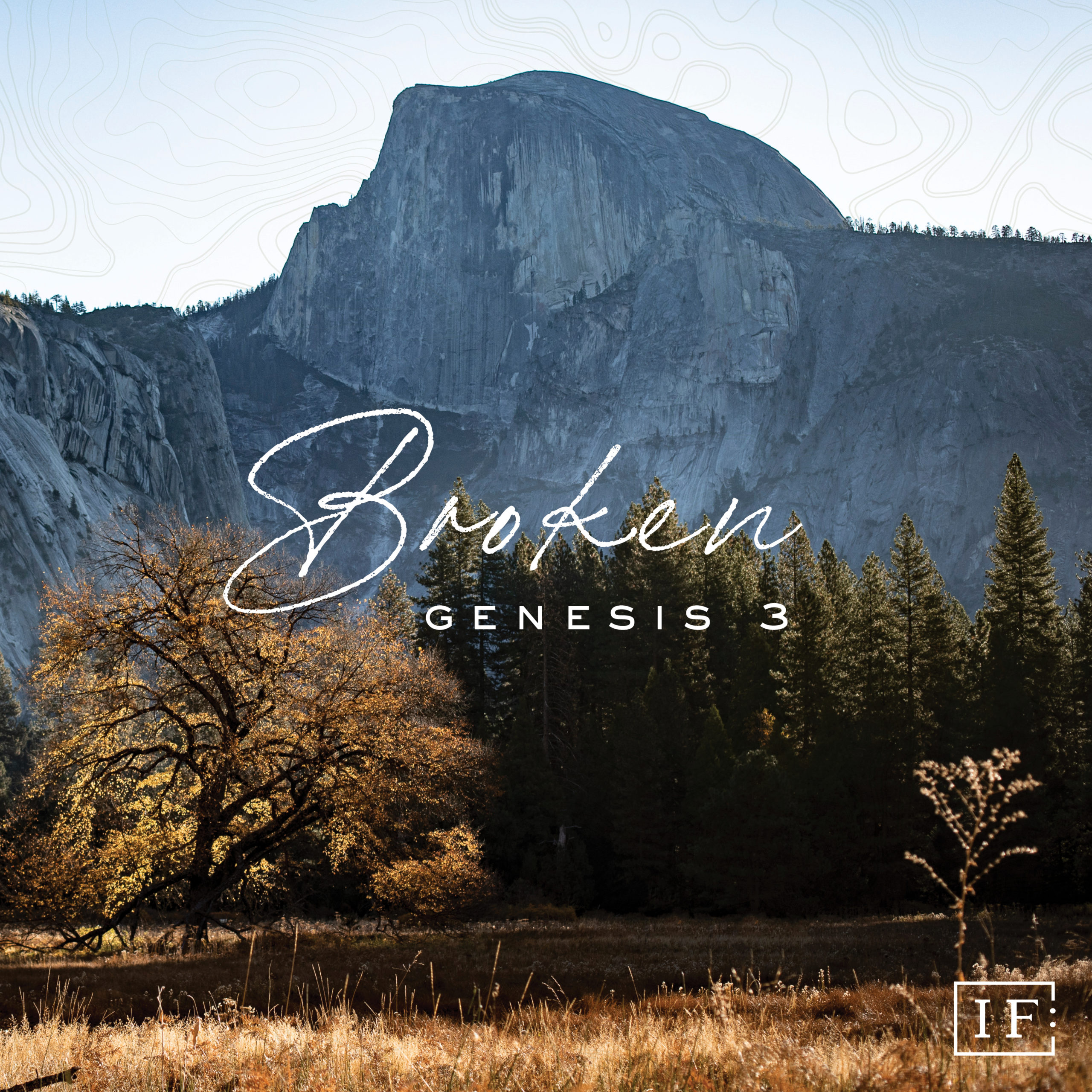 Have you ever watched a two-year-old trying to get a beloved toy back from a sibling or play-date buddy? Violence. Who taught a two-year-old to forcefully grab the toy, bite the kid, shove her sister, and lord over her victim when she already has a fake cupcake from the miniature kitchen (never mind that there are five other identical cupcakes strewn about on the floor)? Or, who taught your four-year-old niece to blame her aunt who lives 180 miles away when confronted about the “Big Apple Red” nail polish streaking up and down the bathroom walls? Children reveal the worst kept secret about humanity—we all have a propensity to lie, cheat, steal, and harm. But why?

Yesterday we realized the very good news of the Trinity’s love for us and our role and responsibility to be like God—just, good, loving, kind. What happened? God never forces love, so when he made humanity, he gave us the choice to love him in return. Part of our love for God gets expressed through our obedience to God. Adam and Eve faced the choice to obey God’s command—eat whatever you want, the whole garden is yours, abundance and goodness at your fingertips, but don’t eat from this one tree—or to disobey and listen to the voice of another. In God’s good creation humans sat atop the created order, but now Adam and Eve chose to put themselves under the influence of the serpent. They were meant to rule, not succumb. In a moment of arrogance, weakness, and confusion, our first parents doubted God and listened to the voice of a liar. Cosmic terrorism broke into God’s perfect creation and everything felt the effects of sin. Everything.

the consequences of sin

Lions no longer lounge with lambs—they hunt. Trees no longer easily produce fruit—they labor. The sun no longer warms our bodies—it scorches. And humans no longer enjoy unhindered fellowship with God—we suffer. The effects of Adam and Eve’s rebellion reverberated from Eden and reached the farthest galaxy and penetrated the smallest atom. Sin broke everything. One of the far-reaching effects of sin gets passed down through every umbilical cord. Our first parents’ rebellion altered our DNA, and now every human is born with the propensity to do great harm and is born into a world that testifies to this truth. A full picture of the gospel recognizes that we need saving from the cosmic brokenness that was inaugurated in the garden.

The gospel declares the good news that someday we will return to Eden, lions will lounge with lambs, trees will freely feed us, the sun will tickle our skin with warmth, and we will walk with God.

Have you considered the far-reaching effects of sin created by Adam and Eve’s rebellion? How do you see this play out in your own life and in the world around you?

I am able to see sin in myself, my children, my family … ideas of my sin enter my mind and make me feel ashamed, guilty of my thoughts and actions. I confess my sins and look for forgiveness. Knowing that God’s love surrounds me.

I think we are lured by sin everyday. I think in today’s world we do lose sight of what is really important. My sins is not seeing the big picture of what I should be truly grateful for— I try not to be as self-centered. I have lots of positives and blessings. We need to keep a God Centered life.

I’m reminded of a meme with the punch line of I’m doing pretty well today, now I’m getting out of bed. It is easy to dismiss our “small”sins, for me even just getting behind on this study. Delayed obedience is still disobedience. I committed myself to this and I have already let myself and God down.

I make excuses for myself and just know that I’m forgiven. I don’t live committed to NOT sinking because Christ paid already paid my debt. This is not the way I want to live my life. I want to live a life that continues to work toward being sinless and worthy of Christ’s love.
Around me? The world is full of sin and people who make excuses for their behavior. Sarcasm comes into play and people don’t think they need to worry about their own behavior. I often wonder what they tell themselves behind the scenes and wish I was brave enough to question their behavior and ask them about their relationship with Christ.

We tend to doubt the goodness of God and weigh the options for ourselves. I was just sharing with an engaged friend the other day the importance of abstinence and that we don’t know the effects of our sin and disobedience to God. We think we know better and by eliminating and controlling the foreseen outcomes we will be fine. But God doesn’t give us all the outcomes. Adam and Eve could not possibly have known how far reaching their one indulgence would be. And so, we too, must trust that our good Father has good gifts in store for us and protection from the brokenness in our obedience; not just for us, but the world around us.

It is crazy to think that a decision made in the beginning of creation has and will forever impact our daily life! We will always face temptations, but we have a CHOICE to overcome them daily and CHOOSE to walk with God.

I have made so many mistakes, letting sin in. I see sin in this world. How did people survive before Jesus Christ came to offer forgiveness and Salvation?

The sin of this world truly saddens me as I am saddened by my own poor choices at times. But the best I can do is pray, ask forgiveness and work at being a better person, living a more God like life as instructed.

The rebellion in Eden, at Mt. Hermon and at Babel all work together to make this world not as God intended – which was good. It’s so apparent right now, especially. So many choose what they think they deserve or what they believe is best for them. We too often enjoy our own Babylon and fear for it to be taken away. Reflecting Jesus and His love, grace and mercy is the only way to bring His Kingdom to full fruition. I lament at where our world is right now and pray to be the reflection of Christ to this world.

My daughter delivered a full term baby still, unexpectedly, from a cord injury. Heartbreak, anguish, questions, complete brokenness, and many tears were shed in the delivery room. When she pleaded and asked WHY, her older sister said … “Adam & Eve.” Some loss is due from our mistakes or sin. Other losses happen through no fault or blame. But we know sin originated in the Garden of Eden.
When we are out of fellowship with God, sin is rampant. But with humility, truth, and confession … Jesus forgives, redeems, and brings us back to him. … that is how we have peace.